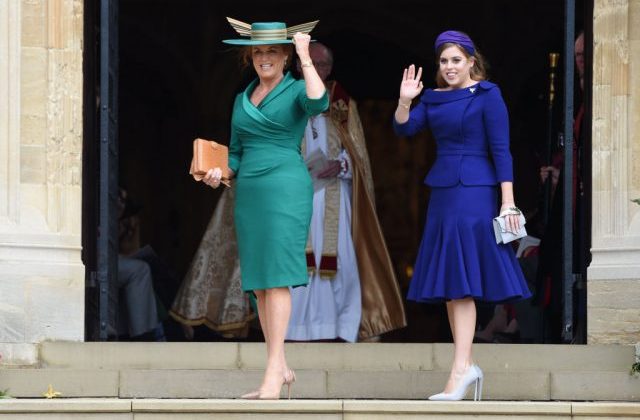 Princess Beatrice of York, 30, didn’t want to leave her house in 2010 after her mother, Sarah “Fergie” Ferguson, Duchess of York, came under fire for accepting a hefty sum of money to gain access to her ex-husband, Prince Andrew, the Duke of York.

According to what a friend of Princess Beatrice’s told journalist, Edward Klein in 2011, the then 21-year-old member of the royal family felt “so ashamed” of her mother’s actions she didn’t want to leave her house.

“Beatrice was clearly embarrassed when it was revealed that Fergie took money to introduce an undercover reporter to Prince Andrew,” they told Klein.

“A friend went to Royal Lodge to comfort Beatrice, who wouldn’t leave the house because she was so ashamed and didn’t want to have to deal with the press,” they continued.

“The friend spent two nights with her while she cried,” the source added.

To make the scandal even more awkward, the Duchess of York lived with her two daughters and ex-husband at the Royal Lodge.

In the past, she’s been known to split her time between the Royal Lodge and other private residences she and Prince Andrew share and in 2016 talked publicly about living with her ex-husband.

Mahmood secretly videotaped a conversation he had with Ferguson during which she said she’d accept 500,000 pounds, or approximately $717,649 U.S. dollars, to get him a few minutes with Prince Andrew.

“500,000 pounds when you can, to me, open doors,” Ferguson said in the video, talking about her ex-husband and father of her two children, Princess Beatrice and Princess Eugenie, 29.

News of the World, a British tabloid, published the video on their website, igniting a scandal within the British royal family, which supposedly led to the Duchess not receiving an invitation to the wedding of Prince William and Kate Middleton, the Duke and Duchess of Cambridge, in 2011.

At the time the Duchess of York agreed to a sizeable payment for an interview with the Duke of York, she had big debts. A year before the scandal, in 2009, Ferguson revealed she had debts totaling around $889,000, as a result of Hartmoor, her lifestyle company going under.

After her business failed, some British publications referred to Ferguson as the “Duchess of Debt.”

How Ferguson responded to the video

In the wake of the video coming to light, a representative of Ferguson’s confirmed the video wasn’t faked following which the Duchess herself released a statement.

“I very deeply regret the situation and the embarrassment caused,” Ferguson said. “It is true that my financial situation is under stress however, that is no excuse for a serious lapse in judgment and I am very sorry that this has happened. I can confirm that The Duke of York was not aware or involved in any of the discussions that occurred,” she continued.

Finally, she ended the statement with an apology to her ex-husband.

“I am sincerely sorry for my actions. The Duke has made a significant contribution to his business role over the last 10 years and has always acted with complete integrity,” she said.

The Duchess of York’s relationship with Princess Beatrice has bounced back since the scandal in 2010 and the British royal family has welcomed the Duchess back into the ranks with her attending the royal wedding of Prince Harry and Meghan Markle, the Duke and Duchess of Sussex, in May of 2018.