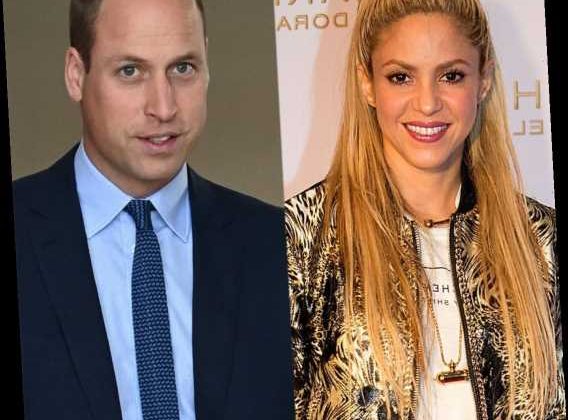 Prince William and Shakira discussed the importance of preventing climate change and how the singer's kids are doing their part to save the planet.

Prince William and Shakira are excited for their new partnership and the impact it can make in preventing climate change.

The Duke of Cambridge and Colombian singer revealed on Thursday, Oct. 8 that they, and other influential individuals, are on the Earthshot Prize council, a 13-person panel that seeks to award $65 million to "anyone who is making a substantial development or outstanding contribution to solving our environmental challenges."

As part of their announcement, William and Shakira teamed up for a virtual discussion about why they felt it was imperative to take join the climate change movement.

For the world-famous performer, she explained that she was inspired by her two children, whom she shares with partner Gerard Piqué. "I really feel that this is my duty as a citizen and as a mother of two young children, to bring attention to these issues right now, before it's too late," she stated. "All of us have to be involved. It's urgent, it's imminent, and not a single one of us should be of the hook when it comes to repairing our planet, our home."

She continued, "And I think all parents want their children to grow and to be in a safe world, a safe environment—it's in our DNA."

And based on a sweet anecdote about her two sons, Sasha, 5, and Milan, 7, it seems Shakira is raising her kids with respect for the planet. According to Shakira, Milan is already scolding her if she leaves the water on too long when brushing her teeth, while Sasha has a knack for picking up the trash on the beach or in their neighborhood.

Prince William responded, "It's wonderful to hear that your children, even at the ages of seven and five, really get it. They understand it and are actively involved in trying to protect the environment."

He added, "I do personally feel really concerned about the anxiety levels that we're going to place on future generations."

Nonetheless, he is hopeful that he, Shakira, Cate Blanchett, Queen Rania of Jordan, Sir David Attenborough and more figures will help to alleviate those worries with their new initiative, which has been likened to the Nobel Peace Prize.

Blanchett previously said of the Earthshot Initiative, "We hope to refocus the narrative on climate change to one of hope and action."