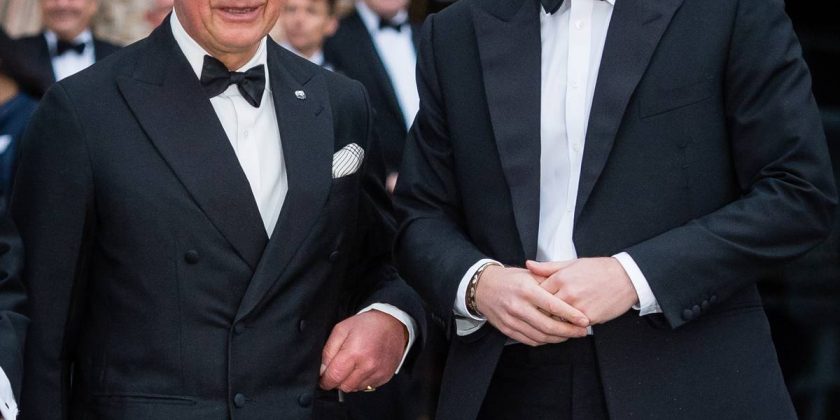 Prince Charles has made plans to ensure his grandson Archie will never be a prince, the Daily Mail has revealed.

Once the Prince of Wales becomes king, he has made plans to reduce the monarchy meaning his 2-year old grandson will have no place among frontline royals like his other royal cousins.

“Harry and Meghan were told Archie would never be a prince, even when Charles became king,” confirmed the source who spoke to the Daily Mail.

The Daily Mail has reported this decision by Charles has infuriated the Sussexes who already have a rocky relationship with “the Firm”.

It’s also believed this is what started a number of damning accusations the couple has thrown to Charles and the Royal Family.

Any grandchild of the sovereign has the right to be a prince, however, Charles is set on reducing the number of key royals, as he believes the public does not want to pay for a ever-growing monarchy.

While the full details of Charles’ plan for a reduce monarchy have never been revealed, it has been said that only heirs to the throne and their immediate families will receive full titles, financial support from the public purse through the Sovereign Grant and police protection funded by the taxpayer.

Sources within the Royal household say they didn’t see the change coming and were shocked to find Charles will take the active step of changing legal instruments known as the Letters Patent in order to exclude Archie and others.

The Daily Mail has also revealed Prince Harry demanded the right to approve at least one writer or journalist to work alongside the usual “press pack” of royal reporters at the unveiling of the statue to Princess Diana next month.

This comes after a number of claims were made in royal biographer Robert Lacey’s newly revised book Battle Of The Brothers.

The book claimed Prince William cut his household from his brother after an angry conversation over Meghan Markle.

A source close to the Sussexes said “William threw Harry out”, according Lacey.

It’s understood this happened after staff claimed Meghan “played the victim, but was a bully” and William told his friend he thought she had an “agenda”. The book also states William told his brother to take things slow.

The book also said he felt Meghan was “stealing his beloved brother away from him” and that she was “hostile” towards the Firm, planning to leave from the very beginning.

William had to put the monarchy ahead of his brother, and stopped seeing it as his duty to protect the younger sibling, while Harry was equally angered his brother believed the accusations being fired at his wife, the book claimed.

Earlier this year, a source close to the Sussexes confirmed they did expect Archie to be named a prince when Charles, became king. Their spokesman at the time was even instructed to remind journalists of that “fact”.

During the bombshell interview with Oprah, the couple spoke about tensions around royal titles while Markle was pregnant.

“They [the Royal Family] were saying they didn’t want him to be a prince or a princess,” Markle said.

“You know, the other piece of that convention is, there’s a convention – I forget if it was George V or George VI convention – that when you’re the grandchild of the monarch, so when Harry’s dad becomes king, automatically Archie and our next baby would become prince or princess, or whatever they were going to be … But also it’s not their right to take it away.”

After the interview, a source told the Daily Mail no one expected Charles to take action.

“This is what nobody realised from the interview. The real thing was that Charles was going to take active steps to strip Archie of his ultimate birthright.”