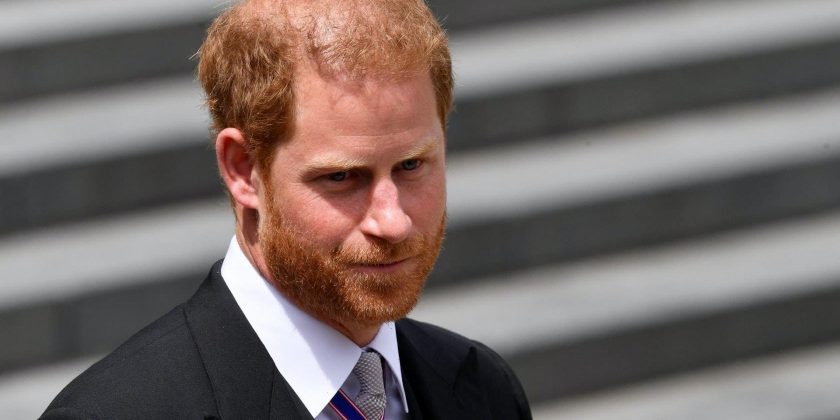 Whether you’re listening to a family member rant about something that makes you uncomfortable or getting into a heated discussion, holding family members accountable is never easy – and Prince Harry’s recent interview is a reminder of that.

When it comes to our families, acknowledging the ugly parts of the people we love is difficult.

As our own perspectives and thoughts on the world continue to evolve, some family members who remain stuck in the past continue to align themselves with beliefs and opinions that oppose not only what we believe but also, to an extent, who we are.

In spite of these challenges, being able to call out our family members and have these conversations – no matter how awkward – is important.

This is something that became even more evident after watching Harry: The Interview on Sunday night.

During the interview with Tom Bradby on ITV, the royal discussed many different aspects of his life, including his relationship with his family and his sit-down interview alongside his wife, Meghan Markle, and Oprah Winfrey last year.

At the time of the interview, Meghan said: “In those months when I was pregnant … we have in tandem the conversation of, ‘He won’t be given security. He’s not going to be given a title,’ and also concerns and conversations about how dark his skin might be when he’s born.”

Despite the obvious racist connotations behind the skin tone comment, Harry has rejected the idea that he and Meghan accused the royal family of racism, and when asked if he would describe that as “essentially racist”, Harry said: “I wouldn’t. Not having lived within that family.”

“But once it’s been acknowledged or pointed out to you as an individual or as an institution, that you have unconscious bias, you, therefore, have an opportunity to learn and grow from that in order so that you are part of the solution rather than part of the problem. Otherwise unconscious bias then moves into the category of racism.”

The reaction to Harry splitting hairs between racism and unconscious bias has been mixed – and understandably so.

Making the differentiation between racism and unconscious bias is an interesting move for someone who has made attempts to acknowledge the wrongdoing in his family and hold them accountable, but he now seems to be changing tack.

After all, unconscious bias is a byproduct of racism. But to position the royal family in a place of needing to “learn” and labelling it as unconscious bias – as opposed to racism – doesn’t sound as bad, does it?

By attempting to separate the two, you’re arguably trying to minimise the remark and the racist connotations it has, which also means the accountability you were attempting to have is rendered kind of useless.

When holding our families accountable, having one foot in the door and one foot out is only going to cause confusion. It’s important to take a stand on the point you’re making and be able to communicate that – and in Harry’s case, the couple chose to share this comment with the world, so attempting to backtrack and remove racism from the conversation doesn’t quite add up.

It’s a sentiment that was shared by many on social media, who highlighted the contradiction with Harry’s comment.

“This is the issue with Harry: cakeism,” tweeted journalist Jason Okundaye. “He wants to condemn his family members so they can “grow”, but only wants to call it “unconscious bias” because calling it racism requires him to unravel the institution of monarchy itself #HarryTheInterview.”

Another wrote: “’Unconscious’ bias comes under the banner of racism too tho lol why is Harry trying to separate the two??”

To me, attempting to separate the two shows that Harry wants to show the world he is different from the rest of his family – but not “different” enough to fully call things out for what they are.

While I understand that this is a contentious place to be in – realising that the family you love are not at all what they seem – Harry’s comments on racism versus unconscious bias are in some ways an attempt to steer the public away from the racism label, and it shows that holding family members fully accountable for their actions continues to be a big struggle.

“You can tell Harry still loves his family,” tweeted another user. “He wants to believe they aren’t completely ‘evil’ so he’s calling racism unconscious bias, but unconscious bias is just an umbrella term imo. Unconscious bias towards what? Oh race…vis a vis racism.”

If there’s one thing to take away from this exchange, it’s understanding that we can love those in our lives while disagreeing and wholeheartedly acknowledging when they’re wrong.

Having this level of accountability should exist within all of our relationships – be it family, friends or partners – and having those important conversations around topics like this is key.

Whether you’re listening to a family member rant about something that makes you uncomfortable or getting into a heated discussion, holding family members accountable for the things they say and are very much aware of is never easy – but nothing worth doing ever is.