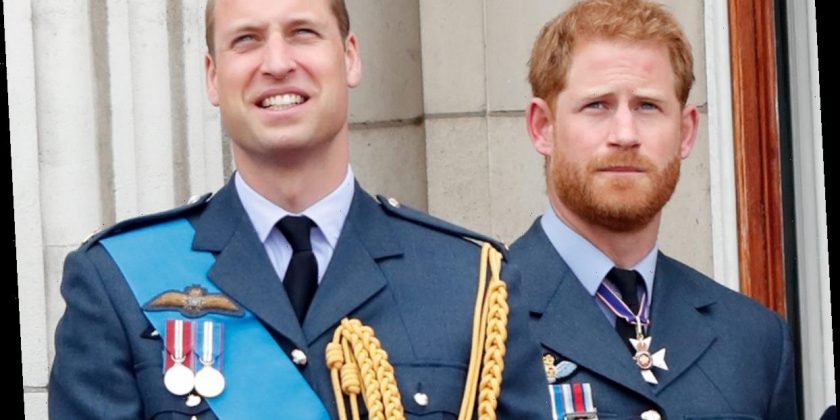 Prince Harry has always lived in his brother’s shadow and, according to some royal experts, it’s been a lifelong struggle for him. One royal expert believes that insecurity contributed to the brothers’ feud, as a well-intentioned Prince William offered brotherly advice to Harry about Meghan, Duchess of Sussex that didn’t go over well.

In the book Finding Freedom, more light is shed on the moment that Prince William offered advice to his brother, warning him not to rush into his relationship with Meghan.

In an excerpt from the book, published by The Times, authors Omid Scobie and Carolyn Durand explain that sources spilled the tea on the conversation between the brothers. “Don’t feel you need to rush this,” a source explained Prince William said. “Take as much time as you need to get to know this girl.”

“Harry was pissed off,” another source explained. “Pissed off that his brother would ask such a thing.”

“Harry could see through William’s words. He was being a snob,” a friend told the authors.

Prince Harry has always felt like the ‘second boy,’ according to expert

Prince Harry didn’t take his brother’s words of advice very well and royal biographer Angela Levin explained during an interview with Royal Rota that Harry’s years of feeling inferior could be to blame.

When asked her thoughts about why Harry found William’s advice to be snobbish, Levin shared, “Having spoken to Harry for quite a long time and I also followed him for a year for my biography, I understand that he’s fed up with being the second boy.”

She continued, “He was fed up with it as a child and it was always William first. William would be invited by the Queen Mother to go for tea, but not Harry.”

“So he sort of missed out and I think that when you’re in your mid-30s, you can suddenly say, “No, leave me alone. It’s my life,” Levin noted.

#Repost @clarencehouse ・・・ New stamps have been released to mark The Prince of Wales’s 70th birthday. The selection of six stamps includes this portrait of The Prince with his sons The Duke of Cambridge and The Duke of Sussex. @royalmailofficial

Prince Harry was ‘spoiled’ and ‘suffers from second son complex,’ another expert claims

Royal biographer Lady Colin Campbell echoed Levin’s thoughts, telling The Sun on Sunday, “Harry suffers from a ­second son complex.” She added, “He’s not ­counting his blessings at all,. I’ve studied history, and he has the biggest chip on his shoulder of any member of the royal family in the past few centuries.”

Campbell continued, “He has been so painfully troubled and unhinged by being the second son.”

Campbell further believes that Princess Diana spoiled Prince Harry and “would big up his ego when he was younger.” That hasn’t served him well, however, as the royal biographer noted, “Harry got used to having what he wanted, it seemed to me, which he has taken into his adult life. William always had more gravitas but Harry has a lot of Diana in him.”