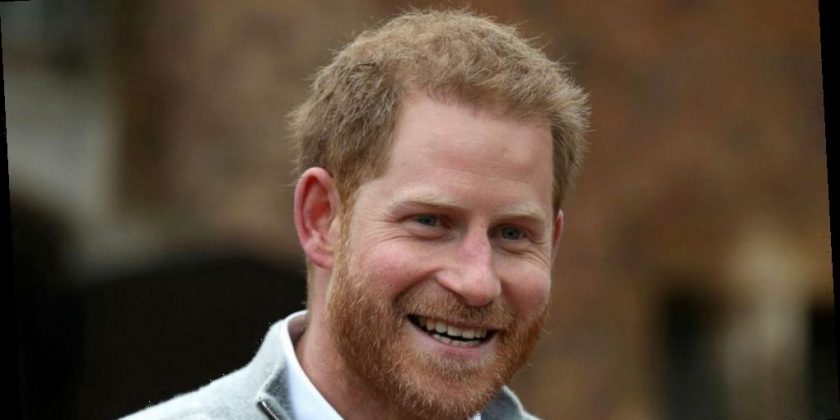 Prince Harry, the Duke of Sussex, has landed a new job title as he and his wife, Duchess Meghan, continue to build their portfolios one year after stepping down as senior members of Britain’s royal family.

Harry, 36, is now the chief impact officer for BetterUp, a Silicon Valley startup focused on coaching and mental health.

Harry, who lives with Meghan and their son Archie in Santa Barbara, California, will be part of BetterUp’s executive team.

“As BetterUp’s first Chief Impact Officer, my goal is to lift up critical dialogues around mental health, build supportive and compassionate communities, and foster an environment for honest and vulnerable conversations,” Harry wrote in a blog post announcing his new role. “And my hope is to help people develop their inner strength, resilience, and confidence.”

Harry wrote that he has personally worked with a BetterUp coach, and that his and Meghan’s team at their company, Archewell, has also utilized BetterUp coaching.

“I firmly believe that focusing on and prioritizing our mental fitness unlocks potential and opportunity that we never knew we had inside of us. As the Royal Marine Commandos say, ‘It’s a state of mind.’ We all have it in us,” Harry wrote. “Being attuned with your mind, and having a support structure around you, are critical to finding your own version of peak performance.”

“What I’ve learned in my own life is the power of transforming pain into purpose,” he wrote. “During my decade in the military, I learned that we don’t just need to build physical resilience, but also mental resilience. And in the years since, my understanding of what resilience means — and how we can build it — has been shaped by the thousands of people and experts I’ve been fortunate to meet and learn from.”

Harry’s new job title comes just two weeks after Duchess Meghan, who is pregnant with the couple’s second child, opened up to Oprah Winfrey about suicidal thoughts she had during her time in the royal family.

“I was really ashamed to say it at the time, and ashamed to have to admit it to Harry, especially, because I know how much loss he’s suffered, but I knew that if I didn’t say it that I would do it,” Meghan told Winfrey in the March 7 interview. “And I just didn’t, I just didn’t want to be alive anymore, and that was a very clear and real and frightening constant thought.”

Meghan opened up to Winfrey about not only struggling with suicidal thoughts, but also with struggling to be able to get mental health help as a senior royal.

The duchess said she found support from Harry, but even he admitted he “went to a very dark place as well” and struggled to get help for his wife.

“I had no idea what to do. I wasn’t prepared for that,” Harry told Winfrey, adding that he did not reach out to his family members for help with Meghan’s mental health struggle.

Harry’s description of his reluctance to open up to his family about mental health was striking because of the work he and his brother, Prince William, and sister-in-law, Duchess Kate, have done on mental health issues in the past several years.

The trio joined together in 2016 to launch Heads Together, a campaign focused on breaking the stigma around mental illness. In 2019, Meghan joined Harry, William and Kate in launching Shout, a free text messaging service that offers 24/7 support for people struggling with mental health issues.

Harry has also credited William with encouraging him to seek out mental health support for himself in his 20s, years after the death of their mother, Princess Diana, who died in 1997 after a car crash in Paris.

More recently, Harry has been working with Winfrey on a new documentary series for Apple focused on mental health.

BetterUp’s CEO, Alexi Robichaux, spoke of Harry’s past work on the issue of mental health when describing why the startup wanted to work with him.

“As a true citizen of the world, he has dedicated his life’s work to bringing attention to the diverse needs of people everywhere and advocating for mental health initiatives: from founding the Invictus Games, a platform for service personnel to use sport as part of their psychological and physical rehabilitation, to launching Sentebale, which supports the mental health and wellbeing of young people affected by HIV in Lesotho and Botswana,” Robichaux wrote in a blog post. “As a member of the BetterUp executive team, Prince Harry will expand on the work he’s been doing for years, as he educates and inspires our community and champions the importance of focusing on preventative mental fitness and human potential worldwide.”

Harry’s new role marks the latest venture he and Meghan have undertaken since stepping down last year as senior, working royals.

Harry and Meghan have a multiyear partnership with Spotify that will see them both hosting and producing podcasts.

The couple also signed a deal with Netflix last year to produce films and series, including docu-series, documentaries, features and children’s programming, according to a source close to the couple.

The Archewell Foundation is the Sussexes’ organization that oversees their nonprofit work as well as their audio and production ventures.