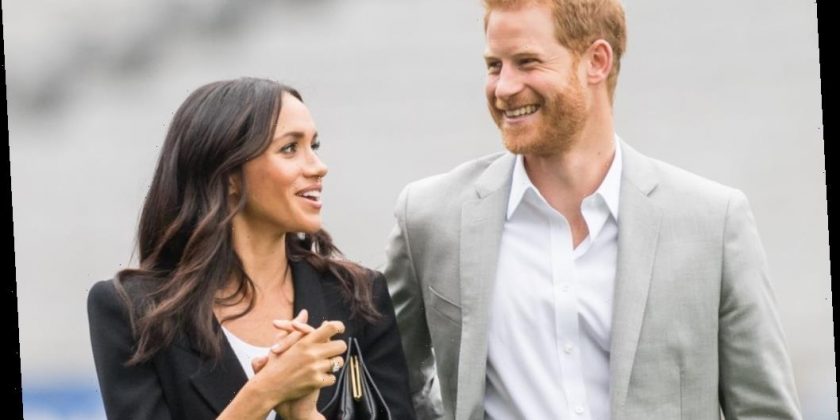 Prince Harry and Meghan, Duchess of Sussex are slowly beginning to emerge and re-enter the spotlight after their highly-publicized exit from their roles as senior royals. Meghan and Prince Harry have made a few appearances (mostly via video chat) at various events and awards shows.

While it could be a while before they make any major in-person appearances, the Duke and Duchess of Sussex were slated to be in the U.K. at the end of the year, but their plans have been modified.

Why did Prince Harry and Meghan Markle move to California?

In January 2020, Prince Harry and Meghan shocked the world when they posted an announcement on their Instagram. The announcement, which had been predicted by a number of royal family supporters, declared their intention to step down as senior royals, and pursue a new way of life that would enable them to spend time on their own passion projects, including a new charity venture.

It took several months before the details could be worked out with the rest of the royal family. During that time, speculation ran rampant as fans discussed where the couple would end up moving and where they would establish their new home base.

Still, when Meghan and Prince Harry ultimately made their big move to California, choosing LA as their new home, many people were shocked. It seemed an unlikely move for a pair who had spoken out openly against media scrutiny.

What have Meghan Markle and Prince Harry been doing in California lately?

The COVID-19 pandemic began ravaging the world just as Meghan and Prince Harry settled in LA, sidelining any big plans that the couple might have had for the immediate future.

Still, it is likely that they found a way to spend time with Meghan’s mother, Doria Ragland. In fact, some experts speculated that their move to L.A. was primarily due to Meghan’s closeness with Ragland.

Over the past several months, Meghan and Prince Harry have made a few high-profile yet socially distant appearances. One of their most buzzed-about was when they filmed a special video for the Time100 special where the pair encouraged people to vote in the election. Meghan deemed it “the most important election of our lifetime,” while Prince Harry encouraged fans to “reject hate speech, misinformation, and online negativity.”

The couple received some criticism for their political activism. But if there’s one thing that Meghan and her husband have shown, it’s that they have no intention of backing down from haters.

Meghan Markle and Prince Harry will be spending their New Year in the U.K.

Another one of Meghan and Prince Harry’s most intense crusades is the war that they have been waging against the British tabloids. That war hasn’t ended even though they live in California.

In fact, the pair was slated to travel to the United Kingdom in January, according to Newsweek, in order for Meghan to give evidence in person during her privacy lawsuit against the tabloid publication Mail on Sunday. Meghan is suing the tabloid for printing a letter that she allegedly sent her father, Thomas Markle, in which she discussed the troubled state of their relationship.

The report claimed that Meghan and Prince Harry will have to self-isolate for two weeks prior to traveling, which will no doubt put a damper on any big holiday plans that the couple might have had. If Meghan was to make her Jan. 11 appearance then she will have to be in the U.K. before New Year’s Eve, which suggests the Duke and Duchess of Sussex are celebrating the new year in the U.K. and intended to return to their cottage in December.

That said, things have changed. Elle reports Meghan’s privacy trial has been postponed to fall 2021, which means the duke and duchess will not be going to the U.K. as planned. What’s more, a source told Elle the couple “anticipated they will be at their Montecito home in California and not be in the U.K. for Christmas.”