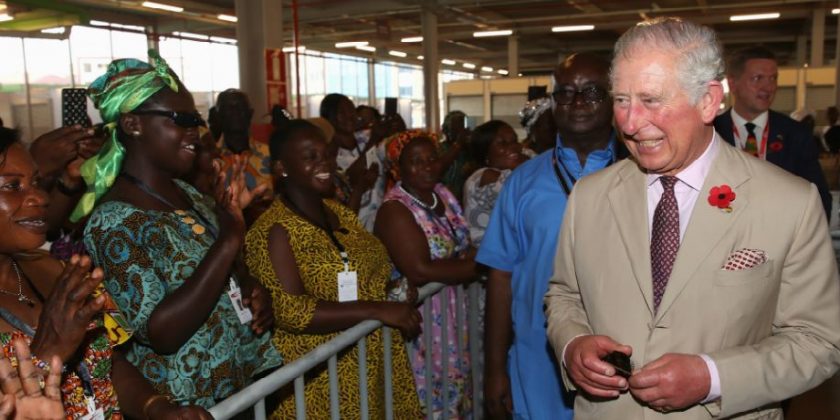 On his visit to Ghana, Prince Charles unequivocally has stated that Great Britain played a role in the pain that slavery inflicted on Africa during the Transatlantic slave trade. While standing on Ghanaian soil, the heir to the British throne spoke about the fact that Great Britain supplied many of the boats which took people away from the African country and over to the UK and other countries.

The Guardian reported that Prince Charles says that the slave trade has left an “indelible stain” on the world, and that includes the United Kingdom who admitted that Britain played a large role in ripping many Africans from their homes and shipping them off as slaves to the United Kingdom and other European countries.

The heir to the throne said that the “profound injustice” should and could never be forgotten.

“At Osu Castle on Saturday, it was especially important to me, as indeed it was on my first visit there 41 years ago, that I should acknowledge the most painful chapter of Ghana’s relations with the nations of Europe, including the United Kingdom.”

The prince continued, saying that slavery was an “appalling atrocity” which caused a ripple of pain worldwide.

Prince Charles spoke at length about his visit to Christiansborg Castle in Osu, which was a Danish slave trade fort which trafficked over 1.5 million Africans into the slave trade by ship. Great Britain ended its role in the slave trade in 1807, but after that, the British government paid out compensation to the former slave owners, but no reparations were paid to any of the slaves themselves.

The Prince of Wales said that the British should have pride that they ended the practice, but should be ashamed that it continued for over 200 years.

“While Britain can be proud that it later led the way in the abolition of this shameful trade, we have a shared responsibility to ensure that the abject horror of slavery is never forgotten.”

The royal family as a whole has not publicly and officially apologized for slavery, but Prince Charles’ speech in Ghana seemed to be inching closer to something that sounds official.

Prince Charles and wife Camilla are touring three African countries, the second of which was Ghana, says Business Live. The prince and the Duchess of Cornwall made their first stop in Gambia where he congratulated the country on its return to the Commonwealth. Tomorrow the royal couple head to Nigeria before returning home to England.