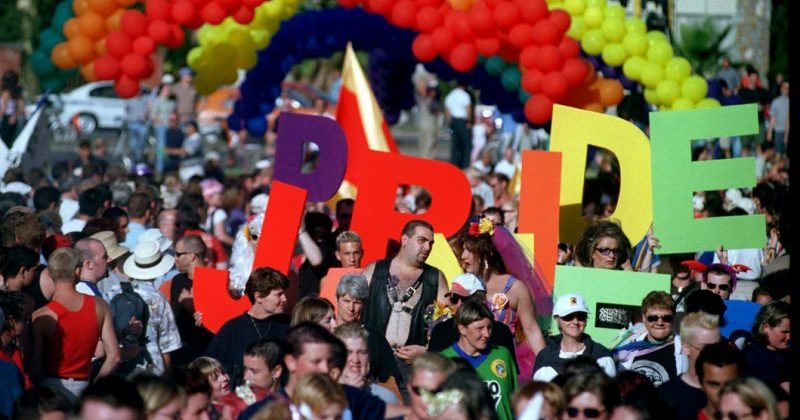 But what most people forget is that Pride March is supposed to be a protest. It’s an event with roots in a time when it was radical for gays to exist. People often forget that we lost a generation of gay men to HIV/AIDS because it was hard to make the world care about a disease that mostly affected gay men and drug addicts – people it was OK to sacrifice. They also forget that it used to be illegal to be gay until very recently. 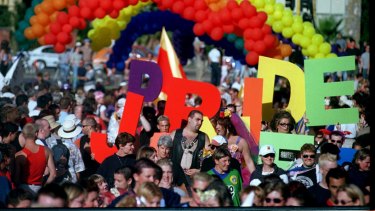 Achieving marriage equality was a huge win for a community that has so often been left out of societal milestones. However, getting married isn’t the end of the fight.

While the first three letters of the LGBT community are doing relatively OK (if you discount increased rates of homelessness, discrimination, bullying and depression), our trans brothers and sisters need support more than ever. People who have been raised to believe in binary gender and sex have trouble grasping the idea that sex and gender have always been on a continuum, just like sexuality.

As societal opinions on lesbian, gay and bisexual people have shifted, more and more companies and organisations want to cash in on the pink dollar by having a sponsored booth at Midsumma Carnival or marching in Pride March.

For some people, that makes a lot of sense and carries power. Seeing support from a company in an industry that is normally hostile towards the queer community has great power, particularly when it carries risk for that organisation.

For others, however, it feels like a cynical branding opportunity, where the companies display their logo in lieu of actually trying to make change: advertising support for one day of the year while making life actively unpleasant the other 364.

Victoria Police is one example that makes a lot of queer people uncomfortable. You don’t have to look far to find someone in the LGBT community (usually someone trans or a queer person of colour) who has a story about being mistreated by the police, yet still they’ve marched for decades. While it’s great that they want to support their queer members and most police officers are good at their jobs, there is still a culture of homophobia and transphobia in the darker corners of the force that needs to be squashed before police should be welcomed at our parade.

The same goes for the Liberal Party of Victoria. One only needs to look at the comments on their Liberal Pride Facebook page to see the frustration felt by the community at their presence. The Shadow Minister for Equality, David Davis, is quick to remind people that he’s been a supporter of the community for a long time, saying: “The Liberal Party has attended the Midsumma Festival and the Pride March for many years, indeed decades, and this year, 2019, is no exception. We proudly support the contribution of the LGBTI community to Victoria.”

Pride is a protest to improve the lives of everyone in the LGBT community, not a branding opportunity.

He added that, “in government, between 2010 and 2014, the Liberal Party took many steps to support the LGBTI community including the important legislation for the expungement of historical convictions”.

That’s still a hard pill to swallow after the state Liberals ran an election campaign against the Safe Schools anti-bullying program. And while one shouldn’t conflate the state and federal Liberal parties, I don’t remember seeing any state Liberal members speak out against the damaging plebiscite the community is still healing from, or Prime Minister Scott Morrison’s “gender whisperer” comments. Not to mention all the nasty and hateful things said by the other half of the coalition, the National Party.

Uninviting Malcolm Turnbull from Mardi Gras was the right thing to do. And while the state Liberal Party has been less openly hostile towards the LGBT community, they can’t campaign against protecting us in schools (without suggesting an alternative) and then use us as a photo op in an attempt to soften the blow.

Pride is a protest to improve the lives of everyone in the LGBT community, not a branding opportunity, and we should only invite participation from those who want to protect all of us.