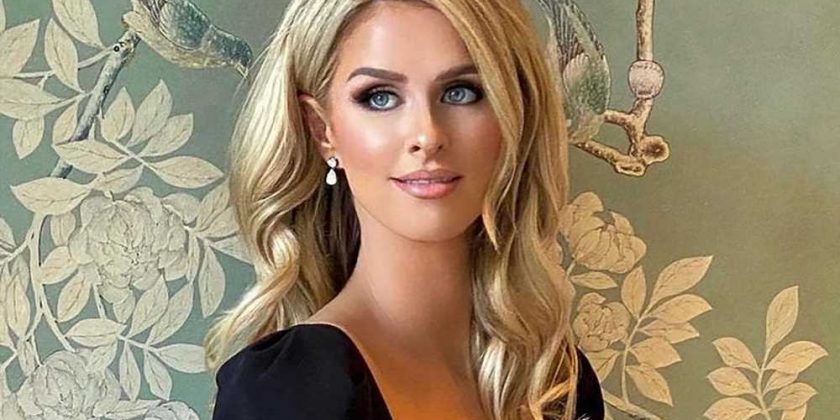 Nicky Hilton is pregnant with baby No. 3

Kathy Hilton once called security when Nicky borrowed her diamonds

Nicky Hilton is bumping along.

The fashion designer, who is pregnant with her third child with husband James Rothschild, debuted her baby bump on Instagram Wednesday.

“They say the best things in life come in threes. 👶👶👶,” she captioned the photo, prompting some fans to wonder (falsely) if she was expecting triplets.

Hilton, 38, glowed — and drew some Barbie comparisons in the comments — while cradling her bump that was concealed by Self-Portrait’s crystal-embellished crepe minidress ($510), which her sister, Paris Hilton, wore on “Watch What Happens Live” last week.

A rep for the socialite confirmed to People last week that she is expecting again. The announcement did not reveal the sex of baby No. 3.

Nicky’s baby is due in summer 2022 and will make her daughters, Lily-Grace Victoria, 5, and Theodora “Teddy” Marilyn, 4, big sisters.

Nicky and Rothschild, 37, welcomed their older daughter the year prior in July 2016.

The hotel heiress married the European banking heir in a lavish wedding at Kensington Palace in July 2015. Hilton wore a stunning long-sleeved lace Valentino gown with a seemingly endless train and a cathedral veil.

The then-newlyweds exchanged vows in an outdoor garden on the palace grounds before family and friends, including Chelsea Clinton, aunt Kyle Richards and Kate Beckinsale. Guests wore traditional black tie attire for the opulent affair.