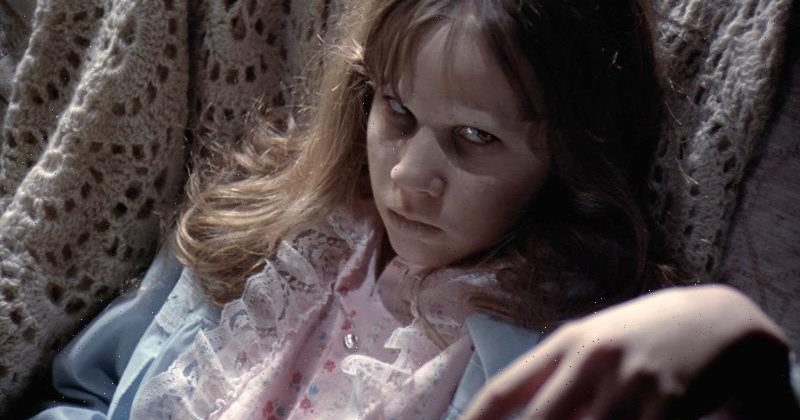 So The Exorcist is back in the news. Why?
Hollywood studio Universal is spending an eye-watering $US400 million ($544 million) for the worldwide rights to a planned new Exorcist trilogy. It’s described as a “continuation” of one of cinema’s most famous horror movies from 1973. 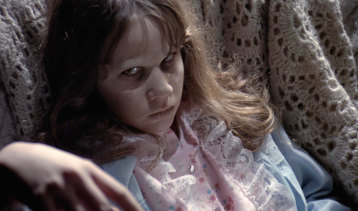 Why is the original movie so famous?
Coming off the success of The French Connection, director William Friedkin served up all kinds of chills and controversy with a supernatural horror movie about a 12-year-old girl, Regan (played by Linda Blair), who is demonically possessed. After her actress mother (Ellen Burstyn) tries doctors until they run out of ideas, two Catholic priests (Jason Miller and Max von Sydow) conduct a confronting exorcism as the demon violently resists.

Ah. Is that the movie with the projectile green vomiting?
Certainly is. There are other iconic scenes too. Like Regan’s head spinning and body levitating above a bed.

Was it a hit when it was released?
It didn’t shape up that way during a gruelling shoot but The Exorcist was not only a huge success at the box office, it went on to be the first horror film to be nominated for best picture at the Academy Awards. It was up for 10 Oscars in total and won best adapted screenplay and sound. It also inspired two sequels and a prequel as well as a TV series in 2016.

Will Linda Blair be back?
Blair tweeted this week that there have been no discussions about her being in Universal’s upcoming movies. “I wish all those involved the best and I appreciate the loyalty and passion the fans have for The Exorcist and my character,” she said. But fans will expect at least a cameo. 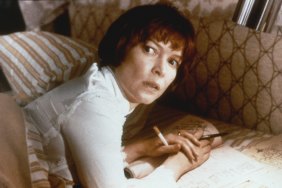 What about Ellen Burstyn?
Yes, Universal says she will be back, with Leslie Odom Jr (Hamilton, One Night in Miami) playing a father who tracks down her character after his child becomes possessed.

The big question: why reboot it now?
The fact there is an audience for horror movies, especially in the US, means that every successful franchise is being extended, rebooted or just plain dragged into the present. They can never die. 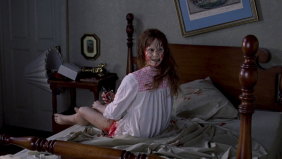 But why is the studio paying so much money?
The battle between streaming services has led to crazy numbers being paid for high-profile movies that can attract new subscribers. Variety has reported that Netflix is shelling out $US450 million for two Knives Out sequels and Amazon paid $US125 million for Coming 2 America and $US200 million for The Tomorrow War. After launching the Peacock streaming service in the US last year, competing against Netflix, Amazon, Disney+ and all the rest, Universal wants to be in the game. Even so, the money it is paying seems vastly inflated given producer Jason Blum’s reputation is built around making low-budget horror hits such as Paranormal Activity, Get Out and Us and horror is a much more niche than comedy and sci-fi. So it seems like Universal needs to show it is backing its little-watched streaming service.

So when can we expect to see these new movies?
Writer-director David Gordon Green, who has already rebooted the Halloween franchise and is making a Hellraiser TV series, is scheduled to deliver the first movie for a cinema and presumably streaming release in October 2023. Yes, it’s more than two years away, which makes the size of the deal even more curious. Sometimes it seems like Hollywood is possessed.