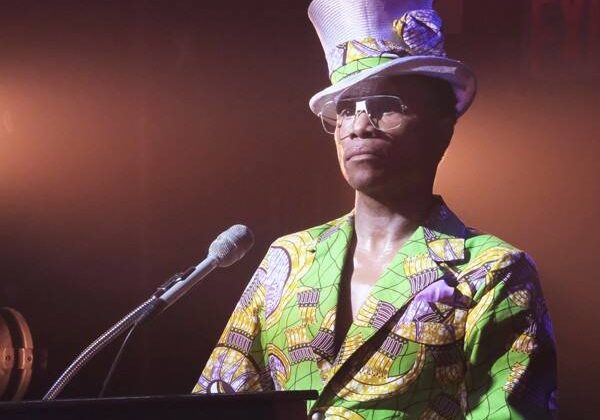 “Oh my god. I just…I’m so thrilled to sort of be counted in the number,” he tells Daily Pop in this highly celebratory clip from Tuesday’s episode, which finds the actor chatting with hosts Justin Sylvester, Carissa Culiner and Paul Costabile about his first-ever Emmy nomination. And cue the applause!

After three decades “in the business,” the triple threat (trained in musical theater, Billy won a Tony Award in 2013 for his role in Kinky Boots on Broadway) is now officially being recognized for his work on the small screen. Hours earlier, Billy received a coveted nomination for Outstanding Lead Actor in a Drama Series for his standout performance in Pose, FX’s dynamic drama series about New York City’s queer ballroom scene in the 80s and 90s.

And judging by his comments to Daily Pop, it sounds like Billy can relate to the award committee’s feelings about his character as well as the series itself.

“It’s so great to have this part, have this show that really speaks truth,” Billy goes on to say in the clip, adding that “in a world with a lot of hate,” the series “speaks love” and “life.”

Continuing, he tells the hosts that he’s especially moved knowing he’s able to be “a part of telling that story to the world, reminding people that the LGBTQ people of color community is here. We’re not going nowhere, we’ve been here. And you know, it’s time to change the world, honey.”

See everything the actor has to say about this exciting nomination in the clip above!