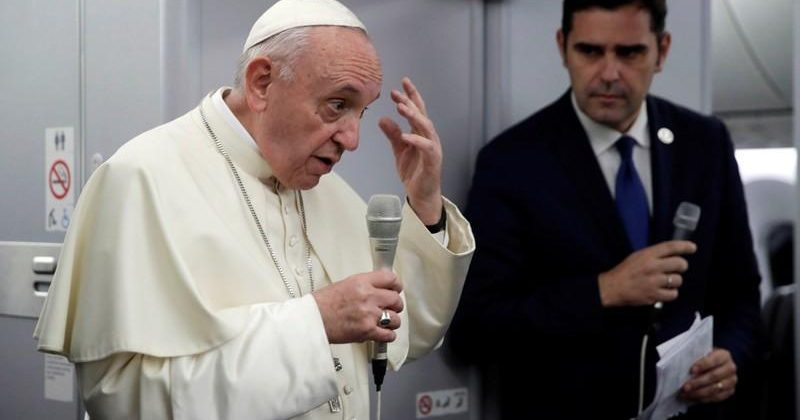 ABOARD THE PAPAL PLANE (Reuters) – Pope Francis on Sunday definitively ruled out any chance that he would change the Roman Catholic rule requiring priests to be celibate. 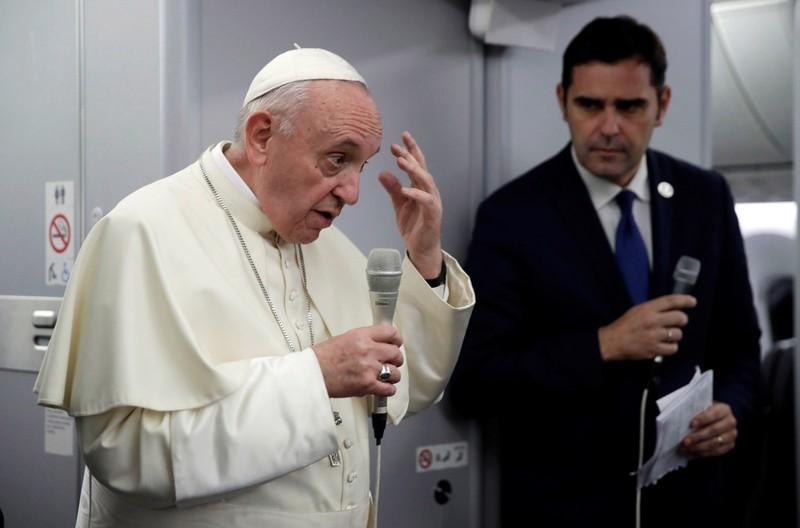 But, speaking to reporters aboard a plane returning from Panama, he restated that he was open to further study of the possibility of ordaining older married men in exceptional circumstances in remote areas with a severe shortage of priests.

“Personally I think that celibacy is a gift to the Church. I am not in agreement (with those who say) optional celibacy should be permitted,” he said.

Proponents of letting priests marry and have sex say it would attract more men to Holy Orders. Some also say that enforced celibacy could be linked to cases of sexual misconduct by priests.

But opponents say celibacy allows a priest to dedicate himself entirely to the Church.

Priestly celibacy was not widely enforced until the 12th century. It is not a formal doctrine of the Church and so can be changed.

But the 82-year-old pope made clear that he will not be the one to do it.

“My decision is ‘no’ to optional celibacy … that is what I think. I will not do it and this remains clear. Am I closed minded? Perhaps, but I don’t feel that I can make this decision before God,” he said.

Priests are allowed to marry in the Orthodox and Eastern Rite Churches as well as Protestant and Anglican Churches.

Such men would be would be elderly, outstanding members of the local Catholic community and with grown-up children.

“I think the question should be open in places where there is a pastoral problem because of the lack of priests. I’m not saying that we have to do it, because I have not reflected and prayed about this sufficiently but theologians have to study this,” he said.

He mentioned the problems of ministering to Catholics in remote areas such as Pacific Island and the Amazon.

“Viri Probati” is expected to be a main topic of discussion in a synod of bishops from the Amazon region due to be held at the Vatican in October.