Deradicalisation experts have backed the Albanese government’s plan to rescue dozens of Australian relatives of former Islamic State fighters from Syria, even as the Coalition said it feared the repatriation effort would put Australian lives at risk.

About 20 Australian women and more than 40 children have been living at the al-Hawl and al-Roj camps in Syria’s north-east since the fall of the Islamic State “caliphate” in early 2019. 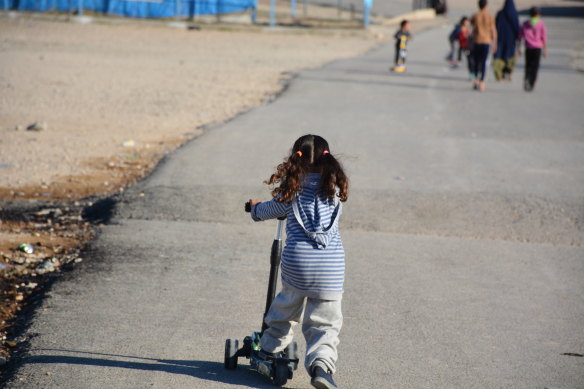 Dozens of Australians, who are relatives of former Islamic State fighters, are stranded at al-Roj refugee camp in northern Syria.Credit:Save the Children

The plan to begin repatriating the women and children to Australia has been confirmed by security sources, but not by the government.

Sources familiar with the operation said most of the women and children were expected to be resettled in NSW as many of their family members are living in Sydney.

Deakin University professor Michele Grossman, an expert on countering violent extremism, said Australia had a “moral obligation” to rehabilitate the children in the camps from the traumatic experience of growing up in a war zone.

“I think this is a good move by the Australian government,” she said.

“As long as the children remain in the camps, they will continue to be exposed to efforts to recruit violent extremists.

“It makes a lot of sense to have them back in Australia, where they can receive support and the opportunity to integrate into the Australian community.”

Opposition home affairs spokeswoman Karen Andrews, who served as home affairs minister until the May election, said she found the prospect of a rescue mission “very concerning” and considered it an “unnecessary risk”.

She said she decided against such a mission when in government because she wanted to avoid endangering the lives of Australian officials in Syria and feared introducing people who may harbour radical ideas into the community. 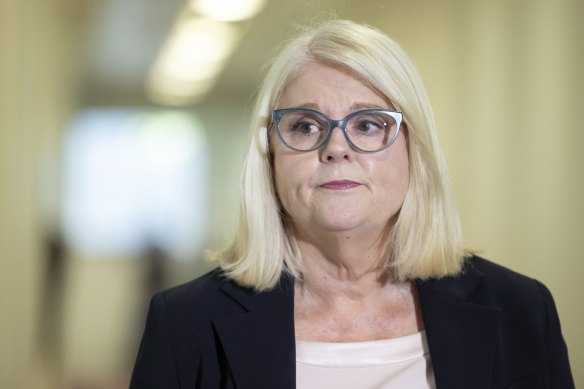 Shadow home affairs spokeswoman Karen Andrews said she was very concerned about the risks involved in the rescue mission.Credit:Alex Ellinghausen

“Labor needs to assure Australians that individuals who may have been radicalised pose no threat upon their return to Australia – and explain the efforts they’re going to undertake to monitor and rehabilitate these individuals,” she said.

In 2019, Peter Dutton – then serving as home affairs minister – said some of the people in the camps “have the potential and capacity to come back here and cause a mass casualty event”.

Clarke Jones, a criminologist at the Australian National University, said such rhetoric was “way over the top” and the risks to the Australian community, while not non-existent, were small.

He said the young children, in particular, posed little risk to the community and deserved to live in a safer environment than the dangerous, squalid camps.

“It’s fantastic the new government is moving so quickly on this,” he said.

Jones, who has been working with families of those stuck in the camps on a repatriation framework, said the federal government had invested significant money in countering violent extremism initiatives.

If the system couldn’t cope with a relatively small number of repatriations then the money had been wasted, he said.

He said each of the women and children would need tailored support based on their needs and individual risk profile.

Save the Children chief executive Mat Tinkler, an advocate of expatriation from the camps, said he found the opposition’s claims about the risks involved “very disappointing”.

Intelligent Risks chief executive Neil Fergus said on Sky News he had been told of an alleged plot in which a woman in the camps would lure in Australian officials to either kill them or hold them hostage.

This helped explain the previous government’s reluctance to conduct further rescue missions after organising the evacuation of eight children from the camps in 2019.

Environment Minister Tanya Plibersek said some of the mothers in the camps had been taken to the Middle East when little more than children themselves and married off to IS fighters. Others had been tricked, she said.