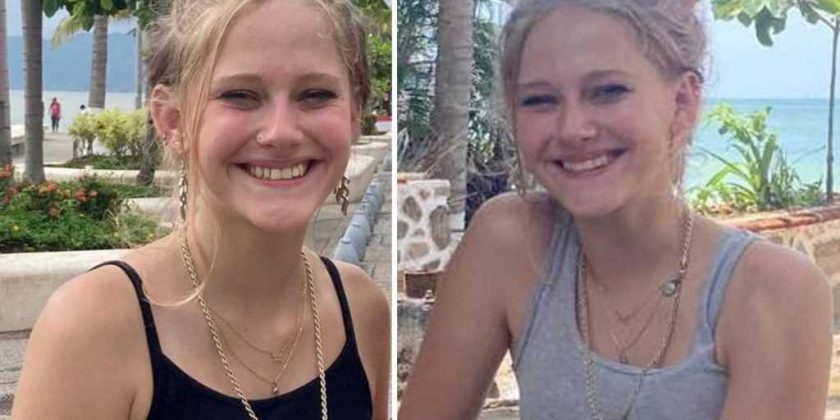 A search for the teen also led to the arrest of a sex offender during a sweep of the area.

Police investigating the mysterious disappearance of 16-year-old Kiely Rodni have hit a roadblock when it comes to getting intel out of the hundreds of other young adults she partied with the night she vanished.

“People aren’t talking to us,” Placer County Sheriff’s Office public information officer Angela Musallam told The New York Post, before speculating why so many of the “200-300 juveniles and young adults” who attended the same graduation celebration are staying silent.

“A lot of people from the party may be in college or may be just about to start college and they’re afraid they will ruin their future if they say something,” she said, before reassuring anyone with information that they aren’t looking to lock up anyone who may have been breaking the law the night of the disappearance. 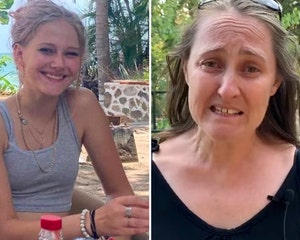 “While we don’t condone that illegal activity, for the purposes of this search and investigation, that is not our priority. We don’t want to take partygoers to jail for drugs or underage drinking — we want to find Kiely,” Musallam continued.

The PIO continued to make a plea for any and all assistance from those who attended the party at the Prosser Family Campground in Truckee, California on August 6.

“Just tell us what you know. Her family has suffered enough,” she said. “We ask people who know something, do you want this to weigh on your conscience? You will have to live for the rest of your life knowing a family won’t have closure about where their daughter is.”

The new statement comes after law enforcement announced earlier this week plans to scale back and limit the search for Kiely after a massive inter-agency hunt for the teen. Police have been treating the disappearance as a possible abduction since Rodni’s car has not yet been recovered. Her vehicle is a silver 2013 Honda CRV with California license plate No. 8YUR127.

Kiely is described as being 5’7″, 115 pounds and has blonde hair with hazel eyes and multiple piercings. She last seen wearing black spaghetti strap bodysuit, green Dickies pants w/ black grommet belt&black Vans, but was also spotted wearing a white and pink sweatshirt with “Odd Future” written on it that same night.

On Thursday, police shared that the Placer County Sheriff’s Office Dive Team and Off-Highway Vehicle Team once again searched the area by water and ground, but still were unable to find Rodni or her car.

As part of the investigation, however, a sex offender compliance sweep was done throughout the Truckee/North Tahoe area and, per police on Friday, several registered sex offenders were “found in violation of their terms.” According to cops, one arrest was made and criminal charges are expected for another registrant.

“The Truckee Police Department routinely conducts similar sweeps and is committed to aggressively pursuing prosecution of those offenders found to be out of compliance with any probation or parole terms,” added the Sheriff’s Office.

Anyone with information on Kiely’s disappearance can contact 530-581-6320 and press 7. Callers can remain anonymous. 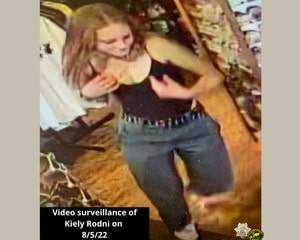