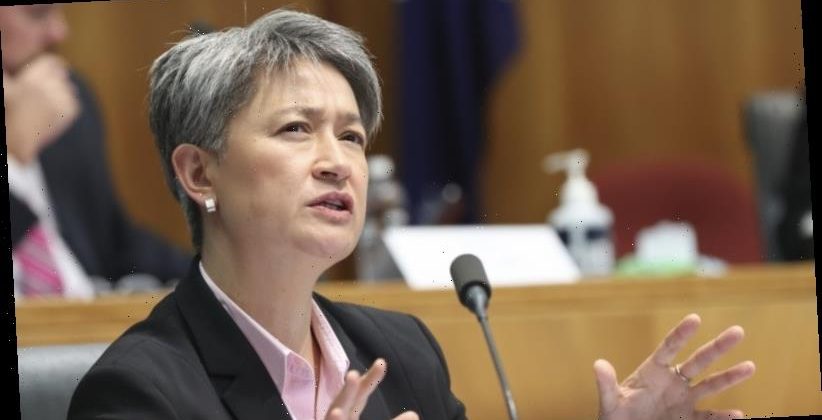 Veteran Labor frontbencher Penny Wong has used a speech to open the party’s national conference to attack the Morrison government over women’s equality, as more than 400-party members gathered online on Tuesday.

Senator Wong, the longest-serving member of Labor’s parliamentary leadership team, followed Opposition Leader Anthony Albanese to declare the ALP the party of equality, in which “women speak and are heard”. 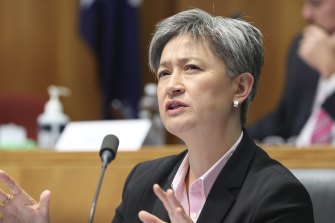 Penny Wong says an Albanese Labor government would build a fairer society, a stronger nation and a better world.Credit:Alex Ellinghausen

The opposition continues to sharpen its attacks on the Coalition following weeks of scandals over rape allegations and the treatment of women within the federal government.

Prime Minister Scott Morrison announced a reshuffle on Monday in a bid to shake weeks of controversy and created a new cabinet taskforce to oversee the status of women in Australia.

In a speech putting Labor on an election footing, Senator Wong said an Albanese Labor government would build a fairer society, a stronger nation and a better world.

“We work to shape an Australia where we can all succeed. Where no-one is held back and no-one is left behind,” she said from the virtual stage at Revesby Workers’ Club in the Sydney electorate of Banks, held by the Liberals.

“Women taking their rightful place – as fully equal members of the Australian community.”

Mr Albanese was introduced by his long-time leadership rival, Bill Shorten, who said Labor governments had always championed equality for the women of Australia.

Mr Shorten, who has been the best-performed of Labor’s shadow ministers in the past 18 months, said all party members still lived with the pain of the 2019 election loss.

“But the hurt of 2019 also came from knowing how close we had been before and how close it still was after,” he said.

Mr Shorten said the Coalition was effectively a minority government and Mr Morrison was “one more backbench troll sent off to study how to impersonate a human being” away from losing control of Parliament altogether.

Mr Albanese, who will give the keynote address on Tuesday night, gave a brief introduction to the conference where he said Labor had put the national interest above short-term political interest in the past 12 months.

He said the pandemic had laid bare some unacceptable truths about an aged care system in crisis, insecure work, millions of Australians in low-paid jobs and women’s voices going unheard.

The carefully stage-managed online conference is set to avoid the worst of the factional brawling over the party platform, however, blue-collar unions plan to push for a greater show of support for the gas industry while some left-wing unions will push back against Labor’s free-trade stance.

In an earlier interview on the Nine Network’s Today show, Mr Albanese said Mr Morrison “doesn’t quite get it yet”.

“We’re now on 47 per cent representation. Half of my shadow cabinet are women. Half of my leadership group are women in Penny Wong and Kristina Keneally. We do need to change the culture in Canberra. It is a good thing the new Home Affairs Minister, Karen Andrews, is a good appointment to that job, to a senior role. But we need to do much better.”