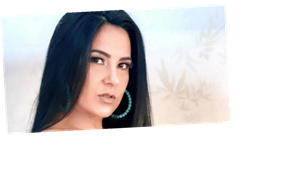 A Brazilian Playboy model left with a "deformed" boob after surgery says she doesn't regret her op one bit.

MC Rielle, who was once dubbed the sexiest woman in Brazil by the magazine, went under the knife earlier this year.

But she had serious complications after the encapsulation of her silicone prosthesis.

Four months on, she was experiencing severe pain and needed medical help with her "withered" asset.

She will now have more surgery to repair the damage – but says he wouldn't turn back time if she had the chance to.

The singer said: “A prosthesis turned and encapsulated inside me, leaving a completely deformed breast.

"With that, I saw that the breast was withering on one side and the pains were getting more intense. One side is totally deformed.

"I had to reschedule appointments that I had because of the surgery and the post-operative period.

“I know that many women regret it, but I don't.

"The only problem was that this happened and I needed to operate urgently. But I will take advantage of the surgery to increase the size.”

MC Rielle doesn't just worry about her boob surgery – she also spent a whopping £147,000 insuring her booty this summer.

She told her 518,000 followers on Instagram about her plans.

Her pricey coverage includes moral and material damages, personal accidents, disability and any damage that makes it impossible to show her bum.

She said: "Each one insures what is most valuable. In my case, the butt.

"I received so many messages about my butt and even threats to get it, I was afraid something would happen.

"My followers suggested putting it safe and I decided to go after the documentation."