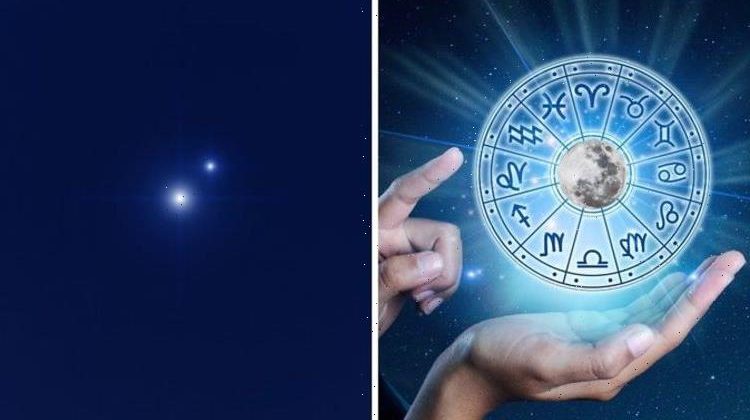 It’s the Venus-Mars conjunction in Leo today and the planets will look conjunct until tomorrow morning. The horoscopes for this event What the Mars-Venus conjunction means for YOU and your horoscope change from sign to sign, but the planets coming together in conjunction will ultimately make us all feel more romantic for the day. The ins and outs of conjunctions are quite complicated, so Express.co.uk chatted to astrologer Francesca Oddie (@francescaoddieastrology on Instagram) to find out what you need to know about conjunctions.

What does conjunction mean?

Conjunction is formed when two or more planets line up exactly in the sky.

Technically, conjunction can be between any two points in the solar system including planets and other bodies such as Chiron or Lilith.

In a natal chart, conjunct planets are 0 degrees away from each other in the same zodiac sign.

On Earth, planets in conjunction seem like they’re moving together in the sky.

Francesca explained: “Planets go left and right and north and south. There are only 23 degrees of the north and south bit and sometimes planets are out of bounds out of that range.

“But if you look at the Moon, venus mars, they’re only ever in a certain bit. You’re never looking up, you’re looking at the horizon. A conjunction is when they are exactly at the same longitude.

“If you look at the sky, the planets have got to be at the same degree of the zodiac belt, it doesn’t matter how high or low they are.”

If the specifics are too complicated for you, you just need to understand that conjunction is when two planets meet up at the same place in the sky.

Planets have energy and different themes and when they meet up in the same sign their qualities mingle.

Francesca said: “When two planets are conjunct in a sign, their energies are fused.”

In December 2020, we had a Jupiter-Saturn in Aquarius and people were tracking that before and after because it was hailed as something extra special.

These planets were in conjunction and had the same declination because they were at the same latitude and longitude.

It was also important because it marked the start of 200 years where these two planets would meet in air signs every 20 years.

The Great Conjunction, as it is referred to, is supposed to shake things up in society and politics.

Today we have a conjunction of Venus and Mars in Leo and that’s good news for all of us.

The exact moment of conjunction is at 2.33pm, but the planets will appear to be conjunct until tomorrow morning.

Francesca explained: “We didn’t have Venus-Mars conjunction at all in 2020.

“It’s beautiful because Mars and Venus are the lovers and it’s not like one is particularly stronger than the other in Leo – neither of them is exalted or in full,”

Leo is a warm, exuberant, generous, childlike, open and romantic sign, according to Francesca.

She explained: “For instance, the Full Moon in Leo in February around Valentine’s Day is really romantic.

“You shower people with affection because Leo is very generous and brings warm energy, and that’s what’s happening today.

“It’s almost like we’ve got a Valentine’s Day vibe or it feels as if you’ve gone on a really good first date.”

Francesca said the fixed signs (Aquarius, Leo, Scorpio and Taurus) will feel the loving effects the most.

She said: “We can expect the fixed signs to feel it the most, particularly Leo and Aquarius and people with planets around 19 degrees of the fixed.

“This means people’s whose birthday is around the 10th of the month and they’re a Leo, Aquarius, Scorpio or Taurus, but it also depends on the other planets you have at 19 degrees.”