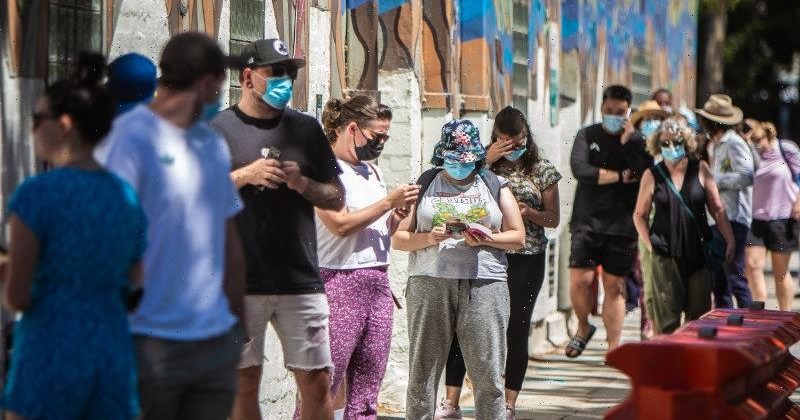 A narrow national definition of close contacts and a move away from gold standard PCR tests will be central to changing the way Australia manages the COVID pandemic in the future as the federal government pushes people to take more responsibility for their own testing.

The Australian Medical Association is urging state and federal governments to swiftly agree to consistent guidelines for when to use rapid antigen tests (RATs) at a hastily convened meeting of national cabinet on Thursday as daily cases look set to surpass 20,000. 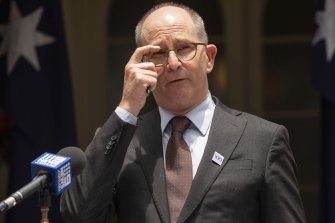 The Commonwealth’s Chief Medical Officer, Paul Kelly, said the current testing system, which has seen people facing waiting times of six to eight hours and result delays of up to five days, was no longer medically fit for purpose.

“Frankly, if you have to wait for eight hours in a queue and then 72 to 96 hours to get a result, it’s not fulfilling any useful public health function and it is delaying proper clinical care,” Professor Kelly said on Wednesday.

But the push to change from PCR to rapid antigen testing could be stymied by a lack of stock of RATs with supply patchy across the country and state orders for millions of new tests not expected to arrive in Australia until the end of January.

“The time when we needed to switch over to RAT testing was always going to come in opening up,” he said.

“In fact, the time for when we needed to convert over to using RAT tests was yesterday. What we need is access and policies for the average punter to know when to use them right now because I don’t think the average punter knows what to do.”

Prime Minister Scott Morrison floated the planned “gear change” in pandemic management ahead of Thursday’s meeting but there are already signs the states will make their own decisions about a switch to RATs with both South Australia and Western Australia saying they would stick with the PCR method.

“As states move into that phase where they have more high volume cases then they, I would expect, would move towards adopting the practices that we’re seeing in states like New South Wales and Victoria,” he said.

States have scrambled to source RATs to help ease pressure on the pathology testing systems as COVID-19 cases surge around the country.

Queensland Health has moved to acquire more RATs and called on the Commonwealth to “ensure adequacy of supply” but it is unclear how many tests are available in the state’s public health system.

The federal government also wants close contacts redefined to be restricted to people in the same household as a positive case.

Mr Morrison said if people were not close contacts it would be their responsibility to ensure they were not spreading COVID.

“You just have to monitor your symptoms. You’ve got to be conscious of where you’re going….And also to take your normal precautions of wearing masks and things like this. This is how people responsibly manage their own well being and the well being of others in the Omicron pandemic.”

Mr Morrison said PCR tests should be reserved for people with symptoms who were also vulnerable or worked in high-risk settings including aged care and health.

Under the proposed changes, close contacts would only be required to isolate for seven days, rather than 14, with RATs on day six of quarantine and then again at day 12.

“What’s not necessary is for people to be going out and bulk purchasing RAT tests and having them every other day on a casual basis. If you’re symptomatic, then you should take one. And from the government’s point of view, we will continue to provide RAT tests in those situations, in the same way that we provide PCR tests,” Mr Morrison said.