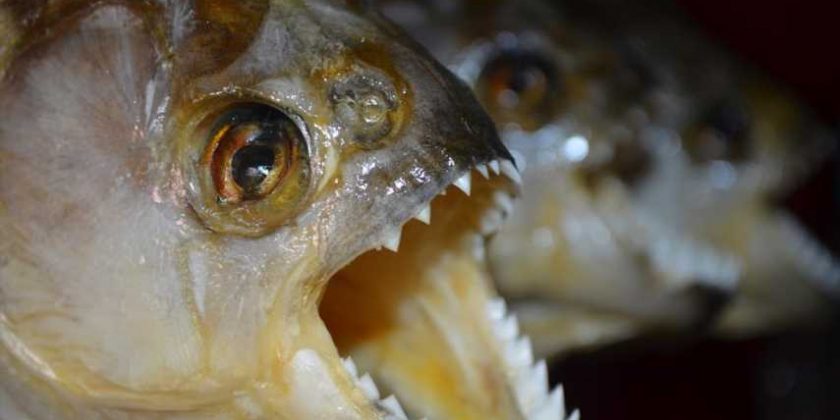 Fishermen recently made a chilling discovery at a lake in Doncaster, in the Northern part of England, with a pair of piranhas having been found therein.

Martinwells Lake in South Yorkshire used to be home to several ducks and has been an attraction for families with children. But the duck population has gone down in recent times and the residents finally know why.

According to a story from British publication Metro, two piranhas were discovered by 32-year-old mum Toni Hooper while she was on a family walk last week. Toni’s boyfriend Gary Walker fishes at the lake quite regularly and says he noticed that the number of fish he catches from there has gone down.

“He managed to get it out of the water and although he’s a keen angler, he wasn’t sure what type of fish it was straight away,” Toni said.

PREVIOUSLY: A New Study Has Revealed That Glaciers Are Shrinking Much Faster Than We First Thought

“But then we started looking at it more closely and saw the teeth we realised it was a piranha. We went home and Googled it and its quite clear its a piranha. It was quite a shock.

“We couldn’t believe that we’d found a piranha fish. It’s not the kind of thing you expect to find in Doncaster. We presume that it was a pet that someone no longer wanted and they have gone and dumped it in the lake.’

Lisa Holmes was also around with her family when one of the piranhas was found near the fishing platform.

“When we realised what it was it sent shivers down my spine,” she said. “This is a popular spot amongst families, dog walkers and fishermen. It’s always busy here.

“There’s a play park nearby, so you get kids here paddling in the water, teenagers will go swimming here. You wouldn’t catch me going in the water. We came here to feed the ducks and on Sunday we noticed there was only one duck and two ducklings, I’m concerned about where the wildlife is. I’ve spoken to others who have said they’ve noticed there aren’t as many ducks.”

The dead fish have been taken in for examination and assistant director of environment claims that the piranhas were unlikely to have been alive in the lake at any point due to environmental complications.

It is believed that the fish found their way there through persons who used to keep them as pets before dumping them in the lake when they grew too big for their tanks.

The public has been warned that such actions are illegal and that persons who want to keep non-native species in England must obtain a permit.