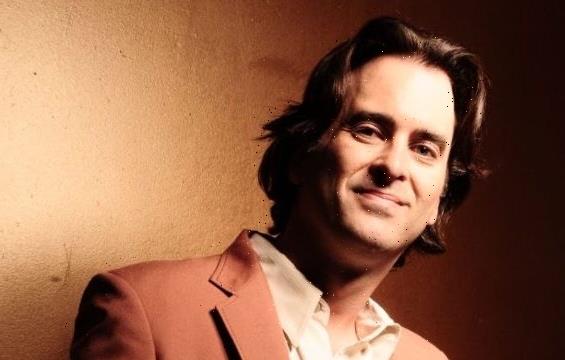 Peter Cooper, one of the most preeminent journalists covering country music in the 21st century, a Grammy-nominated singer-songwriter-producer in his own right, and most recently one of the foremost public faces of the Country Music Hall of Fame and Museum, died Tuesday at age 52.

A significant part of the Nashville music community had been keeping Cooper in collective thoughts and prayers since he suffered a severe head injury in a fall late last week. He had remained in critical condition in the days leading up to his death, although hospital visitors had described him as showing signs of responsiveness as they gathered around his bedside.

“It is with heavy hearts that we let you know that Peter Cooper passed away in his sleep last night, December 6, after suffering a severe head injury late last week,” a statement from his family read. “We so appreciate the kind words and prayers you have offered over the past few days. Please know that they have provided Peter and us with much comfort. We will soon announce details about a celebration of life to take place in early 2023.”

Cooper was well-known throughout the country and Americana worlds as an unusually erudite, perceptive and soulful journalist during the years he spent leading the Tennessean newspaper’s music coverage during his 14-year tenure there from 2000 through 2014. It was at that point that he left the journalism world to join the staff of the Country Music Hall of Fame and Museum, where he served as senior director, producer and writer. While most of his work there was behind the scenes, he led many of the museum’s popular public programs on top of writing and doing audio narration for much of the text seen throughout the facility.

In his newspaper writing days and beyond, Cooper made no bones about being an advocate for the artists he loved. “Objectivity is the mortal enemy,” he wrote, distinguishing subjectivity from what he called “cheerleading.” “Objectivity is dispassionate,” Cooper continued. “And we’re in the passion business. We’re trying to make people feel something different than what they felt before they read our words.”

But he also experienced country music as a Grammy-nominated producer, singer, songwriter and performer. His 2012 Grammy nom came for co-producing “I Love: Tom T. Hall’s Songs of Fox Hollow,” a multi-artist remake of a famous 1974 children’s album by Hall, one of his musical heroes.

He recorded three albums as a solo artist and three more with fellow singer-songwriter Eric Brace, the last of which was “Profiles in Courage, Frailty and Discomfort” in 2017.

Cooper was encouraged to pursue his own music career, modestly and intermittently, after he went moonlighting from journalism to play bass in 2006 in the band of the great Americana singer-songwriter Todd Snider. Cooper could be seen playing in Snider’s band in appearances on “The Tonight Show” and David Letterman’s program.

His writing after leaving the Tennessean included a book, “Johnny’s Cash & Charley’s Pride,” released in 2017.

The family asked that, in lieu of flowers, friends make donations to the Baker Cooper fund, to support his son’s education, or to the Hall of Fame and Museum.