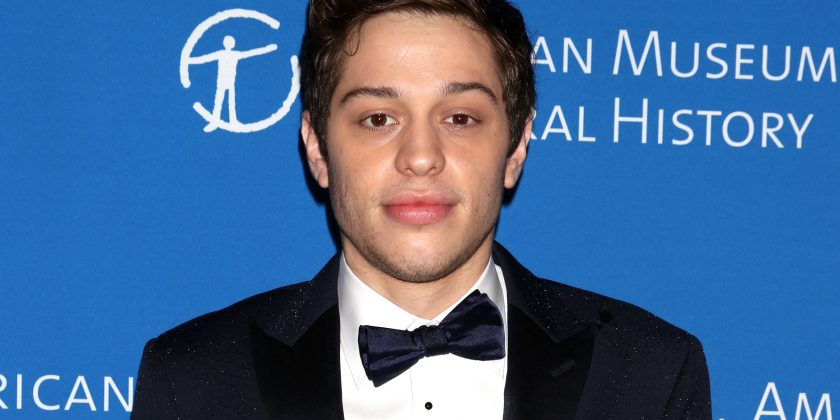 Minutes after defending Kanye West for standing up about his mental health on Saturday, Pete Davidson posted an alarming message on Instagram.

Sharing a screenshot of a note, the Saturday Night Live star, 25, wrote, “I really don’t want to be on this earth anymore. I’m doing my best to stay here for you but i actually don’t know how much longer i can last.”

“All i’ve ever tried to do was help people. Just remember i told you so,” he continued, adding a single red heart emoji.

Reps for Davidson and SNL did not immediately return PEOPLE’s request for comment.

Earlier on Instagram, Davidson came to West’s defense after the rapper criticized Davidson’s ex Ariana Grande for a joke she made regarding West’s feud with Drake, which West claimed made light of his mental health.

“Bravo Kanye West for standing up for yourself and speaking out against mental health,” Davidson, who has borderline personality disorder and has previously spoken about the negative effects bullying has on his illness, wrote on Instagram.

“I can’t explain to you enough how difficult and scary it is to be honest about stuff like this. We need people like Kanye,” he continued.

Although Davidson did not address Grande by name, he added, “No one should ever point finger at you for your bravery in speaking about mental health. I’m seriously disgusted.”

On Saturday morning, West, 41, addressed a tweet Grande shared earlier this week, hours before she dropped her new song “Imagine.”

“Guys, i know there are grown men arguing online rn but miley and i dropping our beautiful, new songs tonight so if y’all could please jus behave for just like a few hours so the girls can shine that’d be so sick thank u,” she wrote on Thursday.

“I know Ariana said this to be cool and didn’t mean no harm but I don’t like even slightest level of slight commentary from someone I know loves and respects me,” West tweeted.

Emphasizing that people need to stop treating “mental health” like a joke, he briefly outlined what led him to come after Drake online this week. (Months after telling the world that he suffered from bipolar disorder, West said in October that he was “misdiagnosed” with the condition.)

“Drake verbally attacked [Kid] Cudi when he was in the hospital and went at me after TMZ because I decided to release albums in June,” he wrote.

In a Facebook letter posted in 2016, Kid Cudi, who is friends with Davidson, told his fans that he was checking himself into rehab to tackle his depression, anxiety and suicidal thoughts.

“All of this foolishness weighed on my mental health so @ArianaGrande you know I got love for you but until you’re ready to really make sure everyone’s ok don’t use me or this moment to promote a song,” West added on Saturday.

Grande went on to apologize, adding that while the joke was “probably insensitive,” she wasn’t trying to use the feud to promote her song.

“With all due respect, i don’t need to use anyone to promote anything. period. i was making a comment ab what men were doing at the time vs. women. it was a joke which i understand now was probably insensitive. i apologize if i was in any way triggering and hope u feel well today,” she wrote.

Grande also replied to a message from a fan who pointed out that the “Thank U, Next” singer, 25, also struggles with anxiety and post-traumatic stress disorder.

“ariana is dealing with mental issues of her own, so it just sickens me that people think that she doesn’t care about mental illness,” the fan wrote, to which Grande replied, “Damn.”

After sharing that she hates “the internet so much,” Grande added, “last thing. stop weaponizing mental health. Everyone.”

Grande has yet to respond to Davidson’s posts.

The topic of feeling attacked because of mental illness is close to Davidson’s heart.

Days after Grande dropped the music video for “Thank U, Next,” which references the couple’s whirlwind romance and split, the SNL star penned a lengthy note about the way Grande’s fans had bullied him.

“I’ve kept my mouth shut. Never mentioned any names, never said a word about anyone or anything,” Davidson wrote on Instagram. “I’m trying to understand how when something happens to a guy the whole entire world just trashes him without any facts or frame of reference. Especially in today’s climate where everyone loves to be offended and upset it is truly mind boggling.”

“I’ve been getting online bullied and in public by people for 9 months. I’ve spoken about BPD and being suicidal publicly only in the hopes that it will bring awareness and help kids like myself who don’t want to be on this earth,” continued Davidson.

He concluded: “I just want you guys to know. No matter how hard the internet or anyone tries to make me kill myself. I won’t. I’m upset I even have to say this. To all those holding me down and seeing this for what it is — I see you and I love you.”

Grande went on to ask her fans to be kinder to Davidson, whom she still feels “irrevocable love” toward.

“I know u already know this but i feel i need to remind my fans to please be gentler with others,” she wrote alongside a screenshot of Davidson’s post. “I really don’t endorse anything but forgiveness and positivity. i care deeply about pete and his health.”

“I’m asking you to please be gentler with others, even on the internet. i’ve learned thru my own mistakes not to be reactive on socials so i do understand,” Grande continued. “but you truly don’t know what anybody is experiencing ever. regardless of what they choose to display on social media or how they may appear in public. i can promise u that.”

“So please let whatever point you’re trying to make go,” she urged. “I will always have irrevocable love for him and if you’ve gotten any other impression from my recent work, you might have missed the point.”

If you or someone you know is considering suicide, please contact the National Suicide Prevention Lifeline at 1-800-273-TALK (8255), text “help” to the Crisis Text Line at 741-741 or go to suicidepreventionlifeline.org.