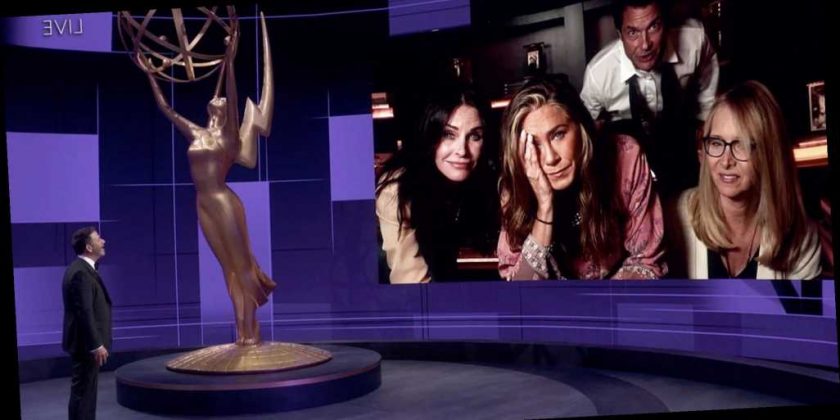 As you probably know, the 2020 Emmys were essentially a Zoom call (that probably should have been an email). This also meant that the afterparty was the same story – we skipped the lavish outfit changes and champagne toasts for a video call.

At the end of the ceremony, host Jimmy Kimmel called out Zoom meeting ID 4599567155, which was apparently where the afterparty was supposed to be.

According to some viewers that tried to log on, the ID was real but there was an additional password required. But, for those that figured out the password, they either couldn't get into the full meeting or they were met with some strange faces … not the celebrities they were expecting to see.

“that zoom key *was* legit, but it reached the max participants already. anyone get in? the password was baba booey #Emmys,” one user wrote. Just tried to join the @TelevisionAcad #Emmys #SADZoom afterparty and figured out the code! However, full with 100 participants! You got me @jimmykimmel," explained another person.

One person that did actually get in shared their experience with a screenshot of a bunch of unfamiliar faces. "Let me tell you the story of my 2 minutes in the #Emmys after party zoom….," they wrote.

Like the experience of watching the 2020 Emmys, the afterparty was bizarre, and not what anyone really expected. And, so goes 2020.