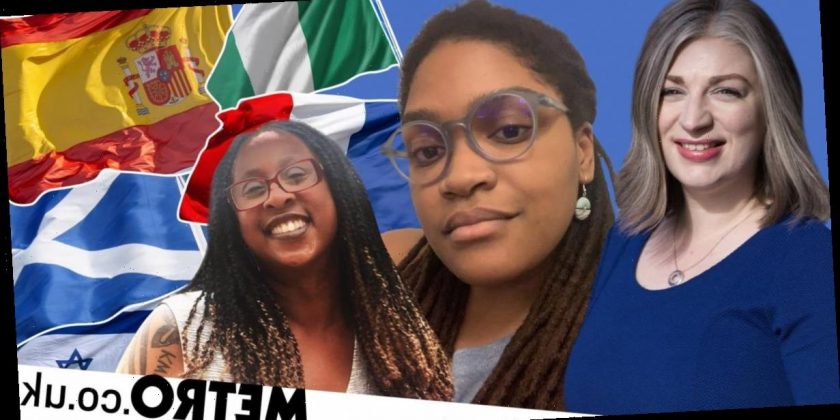 Almost a year of lockdowns has given everyone the opportunity to try new things.

From baking banana bread to figuring out how to knit, people have been taking on all sorts of new skills – but one area that has seen a significant growth in interest is learning a language.

For those of us who haven’t studied a language since school, it can feel like a difficult and daunting task, but many people have a really important reason to persevere with their new skill – it is part of their heritage.

There was an 83% increase in people listing culture and family as motivations for language learning in 2020, compared to 2019, according to a report released by Duolingo.

Also, new user growth on Duolingo in the UK was up 132% in the weeks immediately after Covid.

Asian languages are increasing in popularity with Hindi and Japanese both up 41% in 2020, followed by Turkish and French, both up 35%

23% of Japanese learners and 28% of Turkish learners chose culture and family as their primary motivations.

‘In this period of isolation and change, the pandemic has made us all recognise the value of community and heightened the importance of getting to know who we are and our roots,’ says Colin Watkins, UK country manager at Duolingo.

‘One way to get closer is through language.’

‘For many British people, knowing their family’s native language can help them communicate with friends and family here in the UK and overseas, and stay connected whatever the distance.

‘This need has been amplified by the crisis with travel restrictions stopping British people from meeting family overseas, but at the same time has highlighted the need for video and phone calls to stay connected. And with this the value of the spoken word.’

In difficult and isolated times like these, language can provide an anchor to personal identity, and also bridge the many different heritages in our lives.

‘Mixed-ethnic families are increasingly common and learning the language for your own culture and that of your partner, can strengthen the bond between you, and each other’s families, bringing everyone closer,’ adds Colin.

We asked people to share why they have been learning the languages of their heritage during lockdown, and what it means to them:

Whitney has been trying to become fluent in French during lockdown. Her family is from Haiti and she has been feeling an increasing need to connect with her culture.

‘It has been an incredible accomplishment to see the progress I’ve made with my French,’ says Whitney.

‘It has been great to be able to text with my grandparents (they text in French) without needing to copy and paste everything in Google Translate.

‘Although it might seem small, I’ve realised that learning French in addition to learning how to cook traditional Haitian meals and researching my cultural history, is important if I want to be able to pass these things down to my kids at some point.’

Whitney’s parents emigrated to America to give her the opportunities they never had, but she says she still believes that it is really important to always remember where you came from.

‘Traditionally, going to visit my family would help with this, but due to the pandemic I don’t know when I’ll be able to visit,’ she adds. ‘So learning French is a small way of feeling connected to them and my culture.’

Helen’s family is Nigerian, and she has wanted to learn Igbo for a very long time.

‘Both my parents were both very patriotic Igbos,’ Helen tells Metro.co.uk. ‘Also, Igbo has been recognised as one of the most endangered languages.’

Helen wants to do her bit to keep this tradition alive, and forge a new point of connection between herself and her parents and siblings.

‘Igbo people – and there are more than 40 million globally – are very good at assimilating into another culture and language. They say there is not a country in the world where you won’t find one.

‘For me as well, my two oldest siblings where born in Igbo land, south eastern Nigeria, and speak fluently, so I wanted to emulate them.

‘Igbo is such a beautiful, complex and meaningful language. It has an ancient storytelling touch, and I love African history.’

Helen says learning the language has been tough, particularly because there are similar words, spelled the same way, but the accent you put on it when pronouncing it can change the meaning.

‘Also, past and present verbs are tricky,’ she adds.

‘I am learning Igbo so it won’t be lost, and I’ll be able to teach to the younger generations in my family. Also, it brings me closer to my ancestral home, where both my parents are buried.’

Yair (11) and Liran (8) Kohan have been learning both Hebrew and Spanish during lockdown. Their mum Janine Kohan explains why this was such an important move for the family.

‘We moved to Cambridge from Israel over teo years ago and they started learning Hebrew through a Cambridge-based Israeli organisation, Alumot,’ Janine tells us.

‘Lessons have moved online and learning the language as well as celebrating festivals are done via Zoom. For one festival, Shavuot that is celebrated by eating dairy products, we made cheesecake with the community via Zoom.’

The boys then started Spanish lessons using a tutor that teaches the Kidslingo course.

‘As both children were born in Israel, we wanted them to keep up with the language and culture so as not to forget their heritage,’ adds Janine. ‘In regards to Spanish, as their father Martin is from Argentina and all his family reside there, learning Spanish has been a way to keep in touch with their grandparents and broader family.

‘It has been very important for my sons to keep up with both languages as they are able to communicate with their friends in Israel and can have a decent conversation with their grandparents and family in Argentina.’

Janine says the boys are really enjoying the lessons even though they are virtual as they get to interact with other children – so it is quite a social exercise and breaks the monotony of lockdown.

‘They love doing their homework and have shared what they have learnt with their grandparents which was emotionally received,’ she says.

‘It has been very important for our family as we want our children to know about their culture and heritage and this is achieved through language and celebrating key festivals.’

Duolingo added traditional Scottish language Gaelic to the app last year, and the course now has 560k learners which is nearly ten times the official number of native speakers, with the course tripling in size since

Over 42% chose culture and family as their motivation for learning Gaelic. Culture was certainly an important factor for Sara when deciding to get to grips with this ancient language.

‘I remember wanted to learn Gaelic when I was at secondary school – it was offered as one of our choices, but I was the only person who chose it so they couldn’t run it,’ says Sara.

‘I always felt being a lowlander that Gaelic wasn’t “my” language, but it’s such a huge part of Scottish heritage, that I felt I wanted to help keep it going.’

Sara says that the Scottish Government has had a huge drive to keep both Gaelic and Scots alive, for example putting road signs in both English and Gaelic.

‘I realised I had no idea how to pronounce the Gaelic versions of the signs,’ admits Sara.

‘It’s a challenge as it is very different, but I’m really enjoying it and discovering that certain words “tìoraidh”, (pronounced “cheery”) for example, is “bye”, which I’ve come across before.

‘Culturally, it has been fascinating to see the influence of the language and how traces of it have filtered down into words I heard growing up but didn’t know were taken from the Gaelic language.

‘I’ve lived in England 20 years this year and because of the pandemic I’ve not been home for a long time. I think learning Gaelic was partly triggered by missing Scotland and wanting to feel more connected to it in a way.’