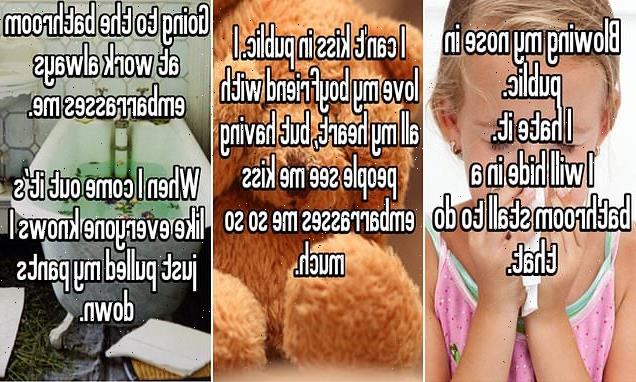 What it’s like to be VERY easily embarrassed! Adults reveal the totally ‘normal things’ they can’t bear to do in public – from kissing a partner to using the bathroom at work

Many of us get stage fright at the thought of public speaking in front of a huge audience or doing something mortifying at a party in front of work colleagues, but it turns out that some people fear rather more mundane situations.

People from around the world took to anonymous sharing app Whisper to admit the ordinary things they feel too embarrassed to do in public, from one who hates to blow their nose, to a Californian woman who avoids kissing her boyfriend in view of others.

One person admitted they feel anxious when eating around people they don’t know, while a woman, who lives in Georgia, revealed she gets embarrassed when buying sanitary towels, even at the age of 29.

Another said they’re grateful for delivery apps because a simple act like grocery shopping fills them with fear because they’re overweight and think they’ll be judged by other shoppers. 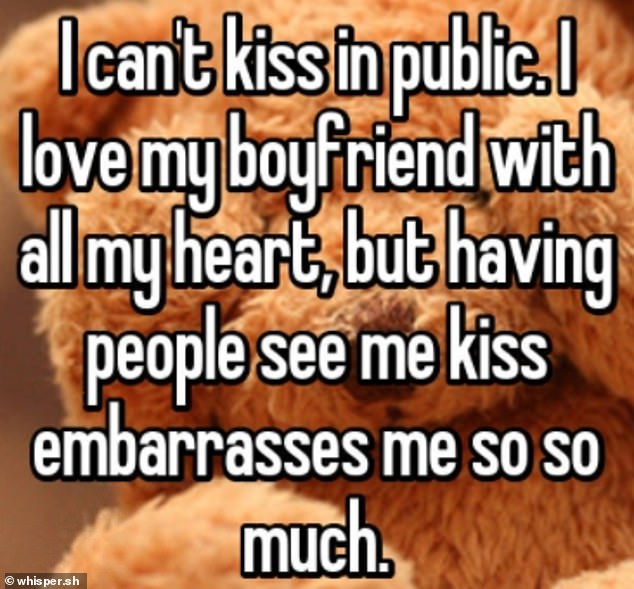 People from around the world took to Whisper to reveal the ‘normal things’ they are too embarrassed to do in public – including a Californian woman, who doesn’t like kissing her boyfriend in view of others 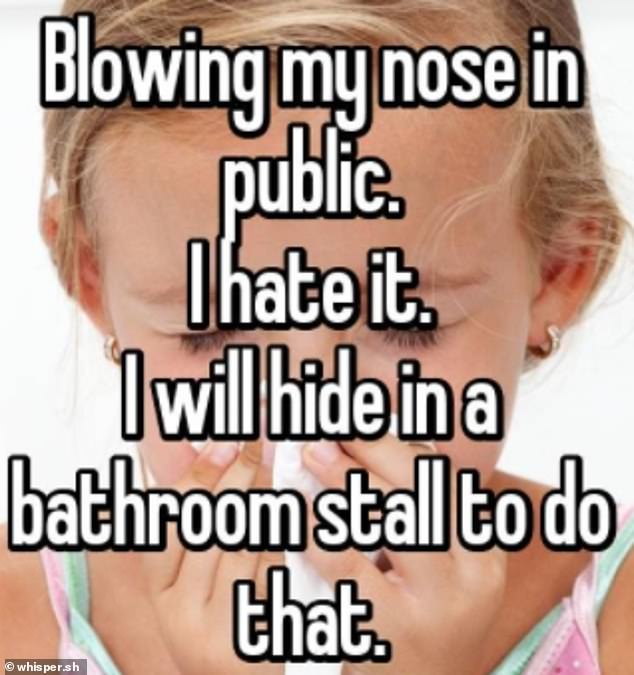 Bless you! One woman admitted that she hides in a bathroom stall when she needs to blow her nose to avoid being seen doing it in public 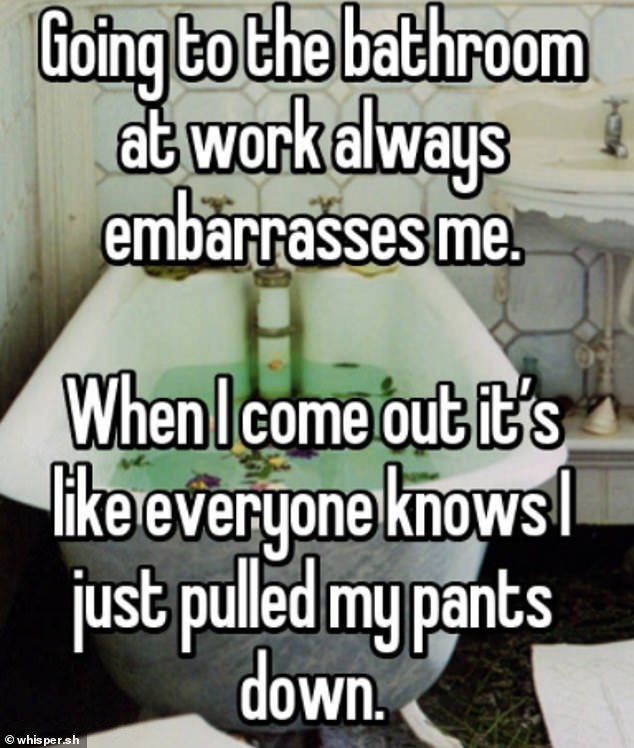 Another person, who lives in America, confessed they feel like everyone knows what they’ve been doing when they use a bathroom at work 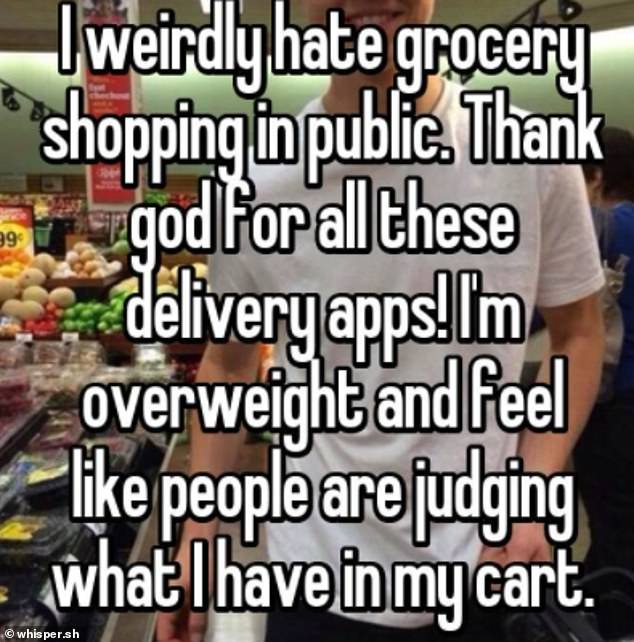 All eyes on me! An overweight man, believed to be in the U.S, said he feels judged when he goes food shopping 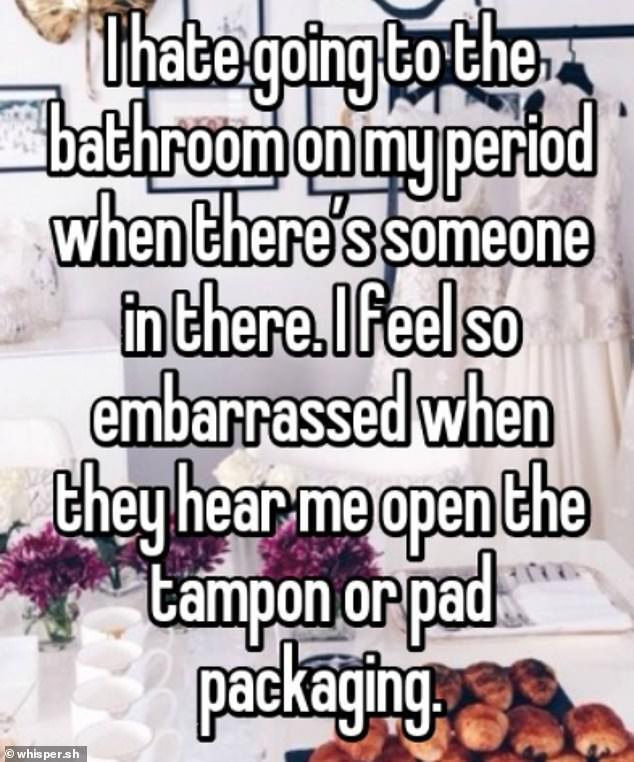 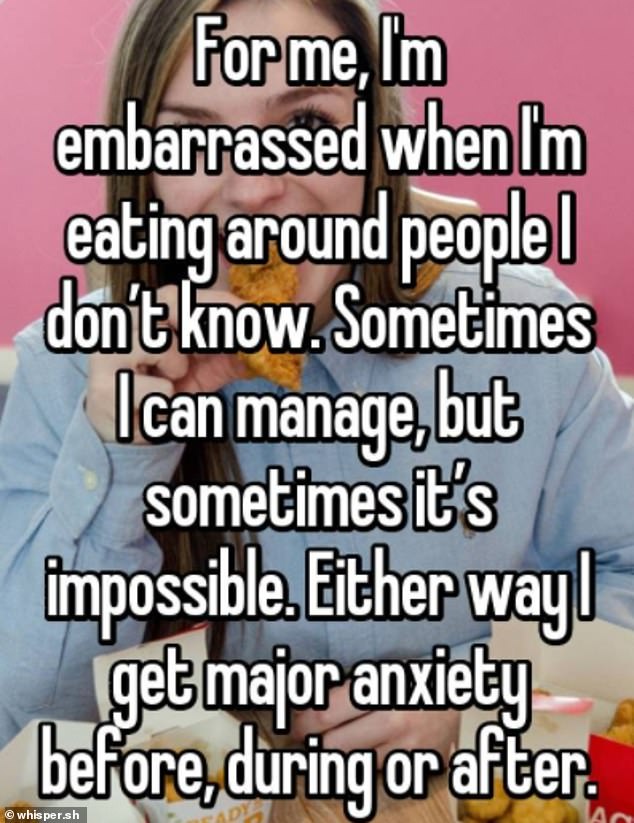 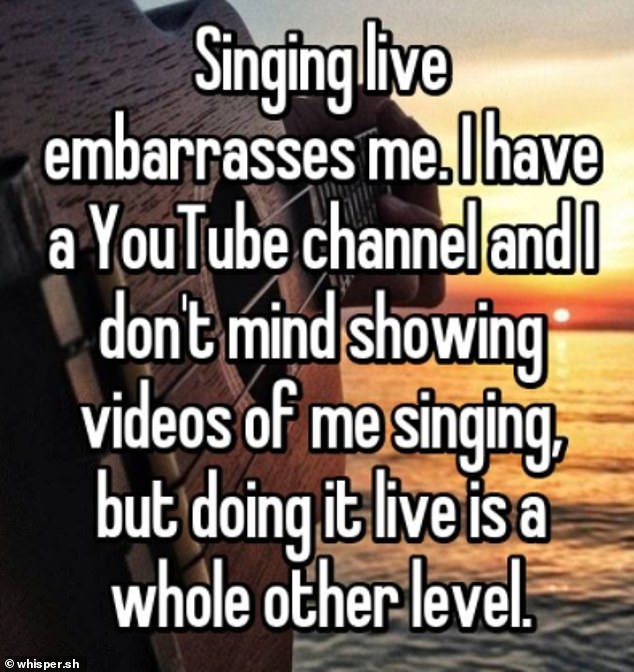 All for show! A woman, from Canada, admitted that she gets embarrassed when singing in public despite showing her vocal talent on YouTube 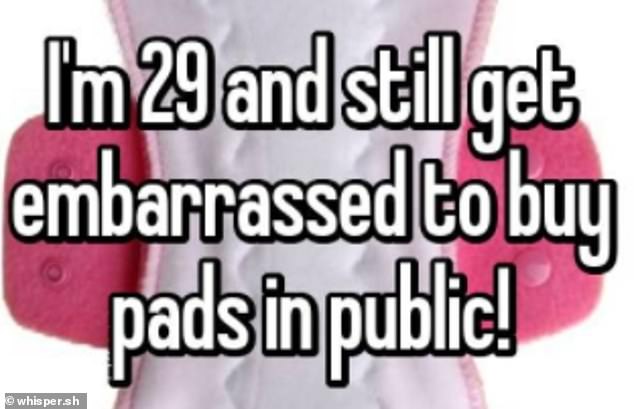 A 29-year-old woman, who lives in Canada, confessed that she feels embarrassed when buying sanitary towels in public 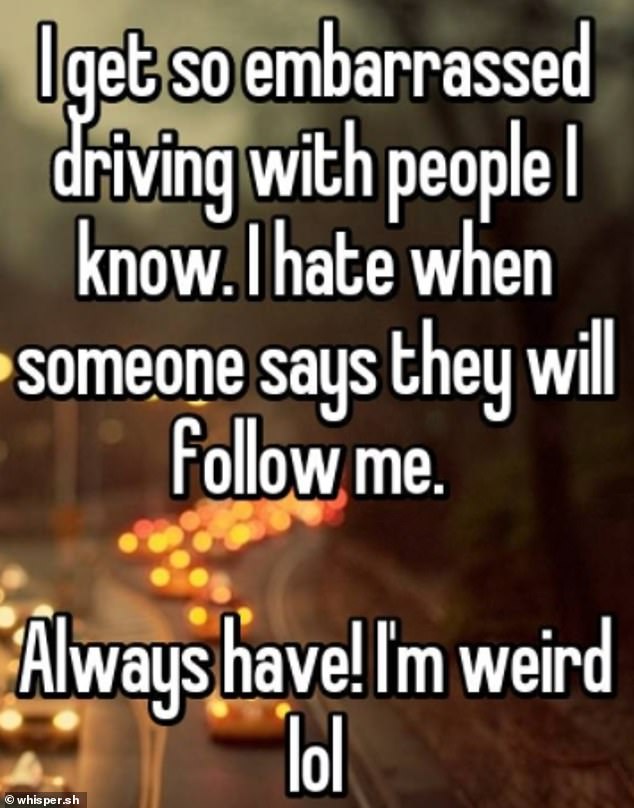 No judgement! One person admitted that they feel uncomfortable when another driver follows their directions 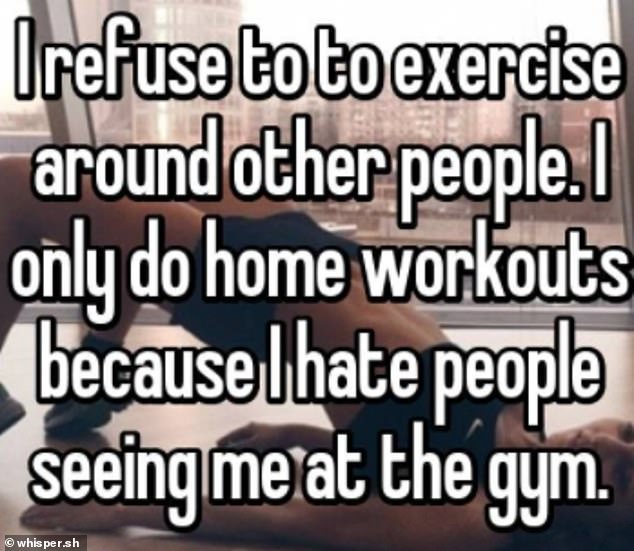 Another woman, who lives in Connecticut, said she only does home workouts because she hates being seen by other people at the gym 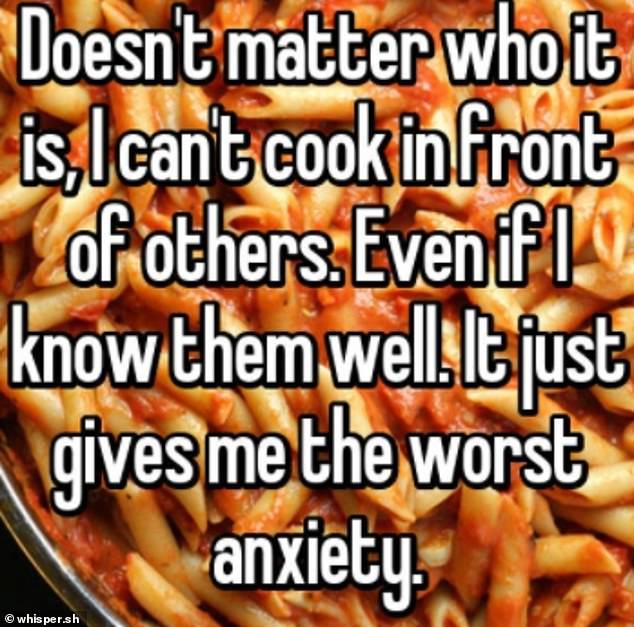 Starved for attention! One person revealed they get anxious when tasked with cooking for other people regardless of how long they’ve known them 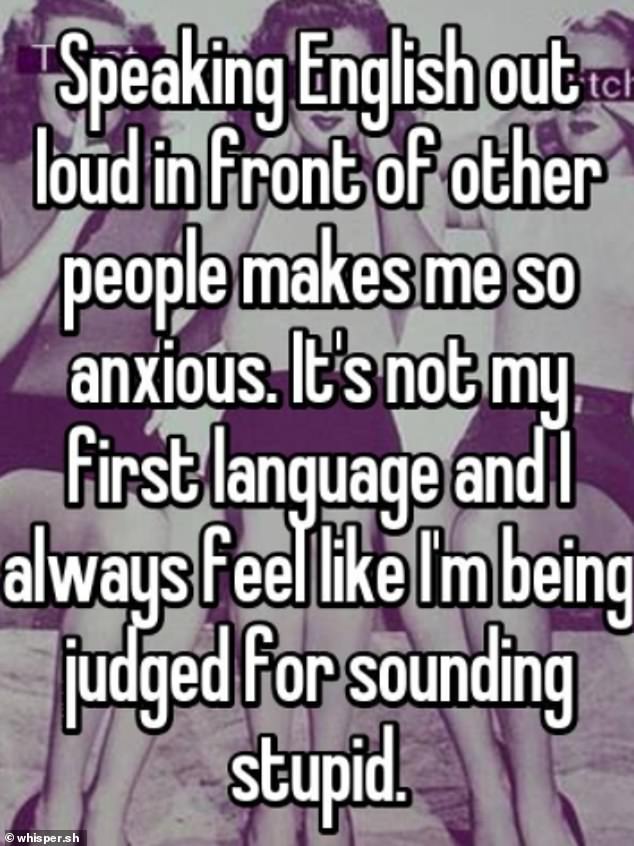