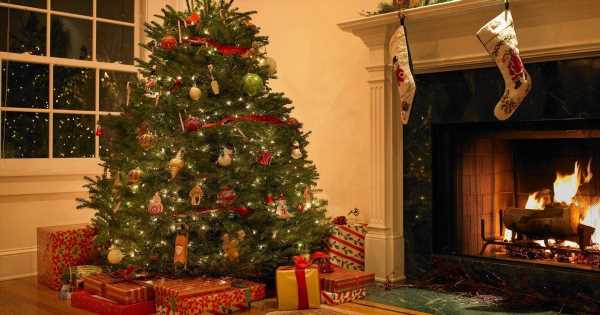 Join the Secret Elves to get first access to our exclusive reviews of the must-have products this year.

Most of us would have put our Christmas tree up by now in preparation for the big day.

People will have been fetching theirs and then covering it with twinkly lights, tinsel and baubles before placing their presents underneath.

However, do you actually know the reason why we have them?

There are plenty of clues throughout history to suggest why we started putting a tree in our home over the festive season.

First of all, evergreen trees were a fascination for Pagans, in around the 4th century, according to Metro.

They saw them as a symbol of life – and were brought into their homes and decorated.

In Roman times, evergreen wreaths were hung during the festival Saturnalia, which was held from December 17 to December 23.

Although it wasn’t Christmas, but a celebration of the god Saturn, there are similarities between the Roman festivity and Christmas traditions. This includes giving gifts, having big feasts and the inclusion of fir trees.

Despite all that, the modern version of the Christmas tree reportedly originates from 16th/17th century Germany.

It’s thought that Germany’s religious reformer Martin Luther, who died back in 1546, is the man behind the tradition – particularly when it comes to the idea of decorating a tree with candles.

However, others argue that it was in the 1600s that devout Christian families in Germany put up a Tannenbaum (fir tree) for the festive season.

Christmas trees are said to have not been popular in the UK or the US at that time – as they were often considered symbolic of Paganism.

However, this apparently changed in 1846, when Queen Victoria and her German husband, Prince Albert, sent out an illustrated holiday card in 1846.

In the card, they were gathered around a Christmas tree which was decorated with dozens of baubles and an angel on top, while they posed alongside their children.

This started a major trend in the UK as The Royal Family were very popular during the time and inspired the public.

It’s widely thought that this Royal Christmas Card and others helped popularise Christmas trees in the US, also.

The tradition has since lasted, with baubles, ornaments, sweet treats and candles behind put on trees ever since.

However, when electricity became common in the 1990s, candles on trees were swapped for Christmas lights.

The revelation comes after people are also just finding out why there are little pockets in jeans.

You learn something new everyday, right?