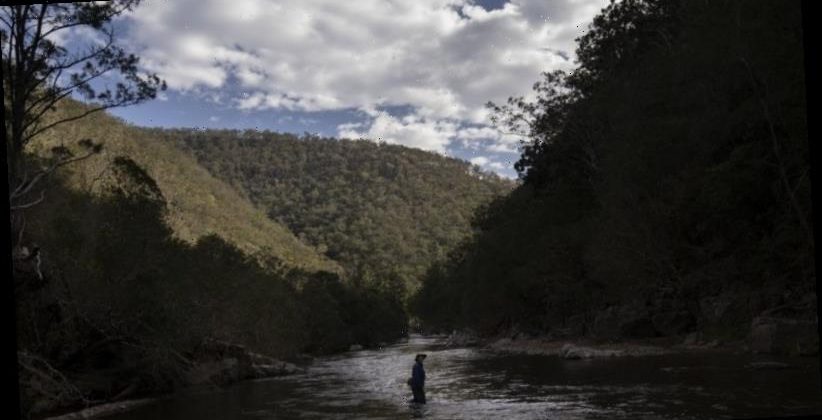 The Insurance Council of Australia has dropped its support for the Berejiklian government’s plan to lift the Warragamba Dam wall and called on it to find other ways to reduce downstream floodrisks in western Sydney.

In a letter obtained by the Herald, the body representing Australia’s main insurers said it could no longer back the billion-dollar project to raise the wall by as much as 17 metres. It called on the government to find alternative methods to reduce flood risks in the Hawkesbury-Nepean valley. 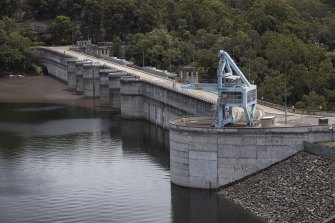 The plan to raise the Warragamba Dam wall won’t be supported by the Insurance Council of Australia in its current form.Credit:Brook Mitchell

“[T]he position of the general insurance industry is now that without satisfactory environmental and cultural heritage impact assessments being completed and made public to allow for [a] full and open assessment, the industry is unable to support the proposal as it currently stands,” Andrew Hall, the ICA’s new chief executive, said.

“We would advocate for the exploration of alternative mitigation options to reduce flood risks for downstream communities in consultation with the industry and traditional owners.”

The decision follows visits to “various cultural heritage site” with Sean Gordon, chair of the ICA’s Indigenous Advisory Committee and “significant discussion” by the council’s board.

The revised stance compares with earlier statements, such as in September 2019, when the ICA said decisions that could lead to “rare flooding of environmental resources are fundamentally regrettable to all, but must be balanced against the greater community need”.

Stuart Ayres, the Minister for Western Sydney, said the council’s decision contrasted with its view that the floodplain risk was “the most significant and unmitigated community flood exposure in the country” and that it represented a “tangible community safety risk.”

“The Hawkesbury Nepean Flood Strategy investigated a broad range of measures and found the 14-metre dam raising proposal to be the most effective option in significantly reducing regional flood risk,” Mr Ayres said. 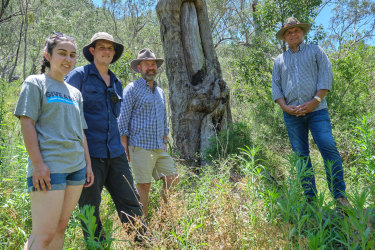 New ICA boss Andrew Hall (third from left) with Taylor Clarke, Harry Burkitt from the Colong Foundation for Wilderness, with ICA’s Sean Gordon (right) beside a scar tree in an area likely to face inundation if the Warragamba Dam wall is raised.Credit:Jamie Plaza

“Environmental and cultural heritage impact assessments are now being completed to inform the Environmental Impact Statement which will allow for a full and open assessment of the proposal.”

IAG, the country’s biggest insurer, signalled the shift in industry support for the plan last October when it said that the inundation following the wall raising “could well result in the destruction of both large areas of natural environment and also important cultural heritage sites”.

Justin Field, the independent NSW MP who received the ICA letter in his role as chair of the upper house committee examining the wall-raising plan, said those critical of the project and its “flawed environmental and Aboriginal cultural heritage assessment [are] growing by the day”.

“If anyone understands flood risk, it’s the insurance industry,” Mr Field said. “The fact they have walked away from the dam wall raising and are calling for alternatives to be considered should be the end of this proposal.“

“Minister Ayres is increasingly on his own in pushing for this project and has presided over an assessment that has been found to be inadequate and lacking in transparency,” he said.

Harry Burkitt, a campaigner for the Colong Foundation for Wilderness, said “the strongest non-government advocate for the dam project has now pulled its support”. 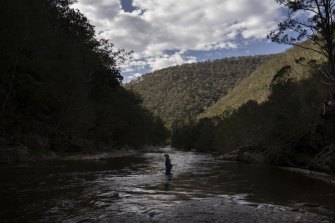 Harry Burkitt from the Colong Foundation for Wilderness in the Kowmung River – an area that will face inundation if the dam wall is raised.Credit:Wolter Peeters

“The insurance industry has called for serious investigations into the alternatives to raising Warragamba Dam wall to protect floodplain residents – something Stuart Ayres has openly admitted he has no interest in pursuing,” Mr Burkitt said.

While the plan is unacceptable, the ICA said the Hawkesbury-Nepean still faces an “inherent flood risk” and there was “the need for an urgent assessment with viable outcomes to allow for [a] satisfactory resolution.”

Catch all the day’s breaking news

At the end of each day, we’ll send you the most important breaking news headlines, evening entertainment ideas and a long read to enjoy.  Sign up here.