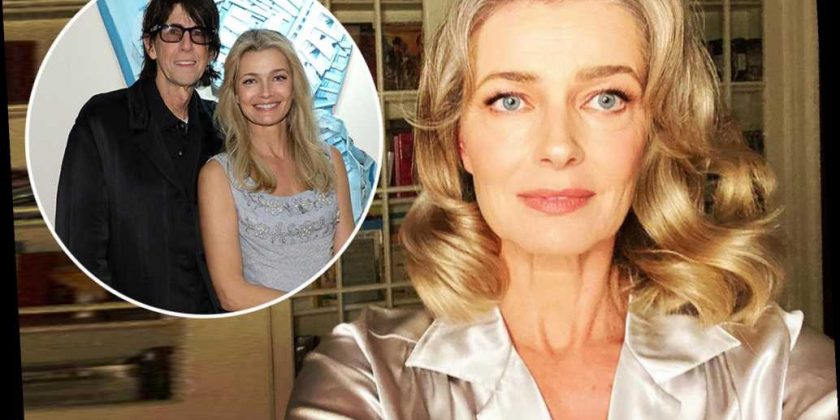 Best star snaps of the week: Celebs bare it all

Paulina Porizkova, 55, and lookalike mom, 74, show off their toned abs

Paulina Porizkova thought she was having a heart attack from anxiety

Paulina Porizkova says she was so cash poor after her estranged husband Ric Ocasek died, she was forced to rely on friends to buy groceries.

The model, 55, made the startling revelation during a two-part conversation with Paula Polito, vice chairwoman of UBS Global Wealth Management.

Porizkova had never signed a prenup with the Cars rocker in 1989, something which she now deeply regrets.

Ocasek died suddenly in September 2019 and Porizkova was stunned to learn that he had cut her out of his will, claiming the model had “abandoned” him. Despite their separation, the two still lived in the same home.

The “Her Alibi” star found herself in a precarious financial situation.

“I got two mortgaged houses and the pension, but no way to pay for anything,” she explained. “So obviously things had to be sold, but until they got sold, I had nothing to live on. I literally went through a year of asking my friends to buy us groceries. It was not a good position to be in.”

The Czech-born stunner met Ocasek on the set of the music video for the Cars’ hit “Drive” in 1984 when she was only 19. They got married when she was 24 and he was 45.

Ocasek had told her that it would be a “bad omen” if they signed a prenup, she said.

“I had this sort of idea that he knew everything about the world and his word was the word of God and I should just sort of listen to what he said because, obviously, he had the wisdom of living that I hadn’t had,” she said. “And he reminded of that every of often, that he knows better because he’s older.”

Despite Porizkova pulling in about $6 million a year at the height of her fame as a model, she was never considered the breadwinner.

“From the very beginning, it always seemed like it didn’t matter how much money I made. It was ‘hobby’ money and his money was the real money,” she recalled.

Last September, Porizkova sold the Gramercy Park townhouse where they had lived for more than 30 years for $10 million. However, she still has her home in upstate New York, and recently moved into a Manhattan rental apartment.