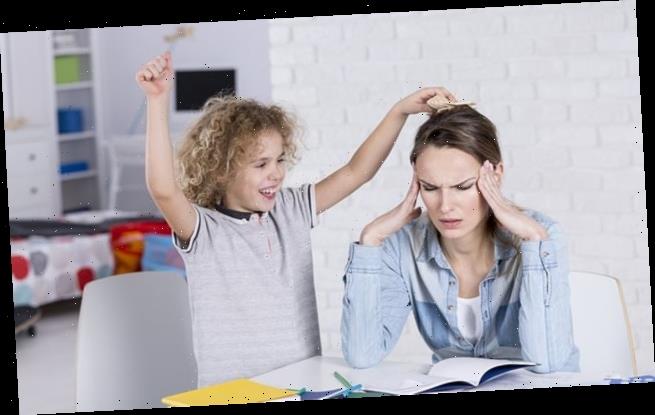 The mother of all insults! Parents reveal the VERY harsh remarks they’ve received from their kids – including having arms that are ‘fat and soft like pillows’ and ‘mediocre’ cooking

Children are known for saying the funniest things – but some of these parents might just disagree.

An anonymous British mother, who took to Mumsnet to reveal her young daughter once turned around and told her she ‘stunk,’ went on to ask other mothers and fathers about any amusing – yet perhaps slightly harsh – insults they’ve received.

Many were quick to share their own children’s cutting remarks, from asking about their ‘wobbly’ bodies to commenting on their mother’s aging appearance.

One recalled how her child told her she needed Botox following a brutal comment on her work outfit, while a nursery worker revealed that a six-year-old told insisted she was not invited to her birthday party because she would ‘eat all the cake.’ 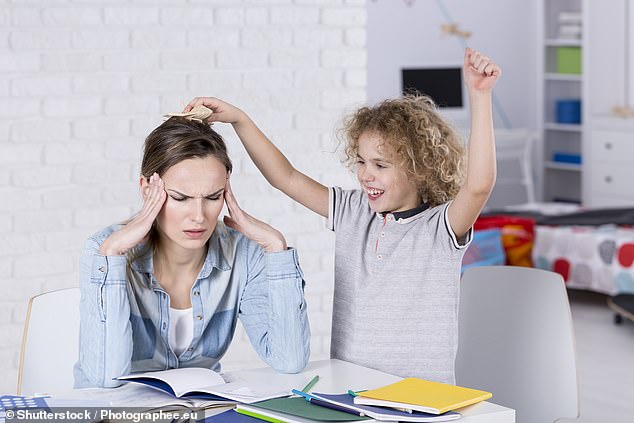 A common theme among the responses was offensive comments about weight – including one mother who was told she had arms that were ‘fat and soft like pillows.’

Speaking of a memorable insult she’s received, another parent penned: ‘When they got excited by my pregnant belly and kissed the baby. I wasn’t pregnant, any of the times.’

Meanwhile, a nursery worker shared some of the insulting remarks she’s had from brutally honest kids over the years.

‘I had a three-year-old look me dead in the eyes and tell me “get your s*** together.” I replied I was trying,’ she commented.

Children did not hold back when commenting on their mothers’ appearances, from their ‘wobbly legs’ to the size of their belly and nose

She continued: ‘Had a four-year-old randomly call me over to tell me I wasn’t invited to her birthday party because I’d eat all the cake.’

‘Another four-year-old sat on my started cuddling my arm and. Told me he loved my arms as they were fat and soft like pillows.’

Elsewhere, one mum recalled the time her child commented on her legs when she was changing into her swimsuit.

‘When I was changing into my swimming stuff in our cabin on holiday, my son said, “Mummy, you have big, wobbly legs”. I was heavily pregnant but it still smarted!,’ she wrote.

Another mother commented: ‘My daughter when she was 6, giving me a make over. When she finished she started crying & said “it hasn’t worked, you look old.”

Some children made insulting comments about their parents without even realisig, thinking they were given them compliments

Jumping on the bandwagon, another mum recalled of the unexpected comment she received from her seven-year-old son when she first started wearing glasses.

She explained: ‘He said in what was meant to be encouragement, “it’s lucky your nose is so big to keep your glasses on,” while another commented:

‘Dear Daughter aged around nine came into bathroom as I was getting ready for work. Puts her hands on my face and says “Hm not too bad but could do with some Botox.”‘

And it turned out that appearances were not the only things that these kids gave their parents grief about.

‘My youngest son, from when he was about four onwards, would frequently see me in a different outfit, look me up and down critically, then say “Are you wearing that?”,’ wrote one, while a second penned: ‘Age six, dear daughter told me that my cooking was “mediocre”. She’s probably right, but since when do six-year-olds know the word “mediocre”? ‘

A third wrote: ‘My now 17 yo dear daughter once told me I looked like Steve Tyler from Aerosmith.  Many years later I still haven’t gotten over it,’ while a fourth added:

‘My four-year-old old approvingly admired my new black swimming costume by saying that now I looked exactly like Hippo from Tinga Tinga Tales, referring to one of the large main characters of the kids’ cartoon.