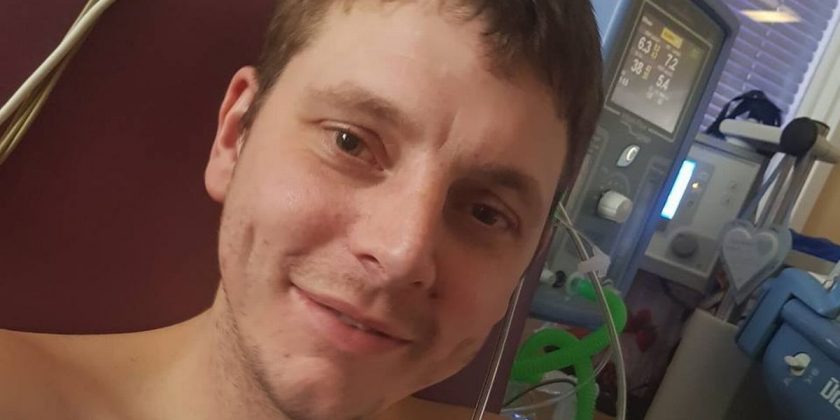 A couple have spoken of their ‘Christmas miracle’ after their premature twins arrived home in time for the holidays.

Back in September in a series of emotional posts on Facebook, dad Adam Mills, 31, spoke of the boys’ brave battle following their “emergency birth”.

The tiny boys were born at five months, weighing just 1lb each – and their chance of survival was very slim.

Cain and Isaac spent four months in intensive care at the Royal Preston Hospital and before being transferred to Furness General Hospital.

But today the pair have been discharged and welcomed to the family’s home in Barrow-in-Furness, Cumbria.

"To see them so tiny when they were born and to be able to take them home on Saturday is my perfect Christmas."

On September 1, Adam’s post on social media about Cain and Isaac went viral after they arrived 16 weeks premature.

The dad-to-be wrote: "At 16.39 and 16.47 Cain and Isaac Mills were brought into the world in an emergency birth 16 weeks premature.

"In the early stages both babies are stable but are in ICU and this is a very critical age for any baby to be born let alone for twins.

"Mother did absolutely amazing during labour and I’m so proud.

"But please if you have a little faith put your hands together and say a little prayer for Cain and Isaac pulling through."

The following day he added: “We have a long journey ahead of us until these two are home."

By September 6 Adam spoke about how the parents were “exhausted” but “very proud”.

Six weeks on, the twins began to get stronger.

Cain was off his ventilator and Isaac began to build strength to come off his too.

But in November Isaac began to show signs of struggle as he had developed infections.

Thankfully but the end of the month, Cain and Isaac were transferred to their local hospital.

The pair survived in an infant incubator for two months and breathing support for between six and eight weeks.

Two days ago on their due date, nurses at the hospital bought them a cake to celebrate.

Adam has thanked the staff for all their help with getting the boys back today.

He told The Sun: "It’s a Christmas miracle."