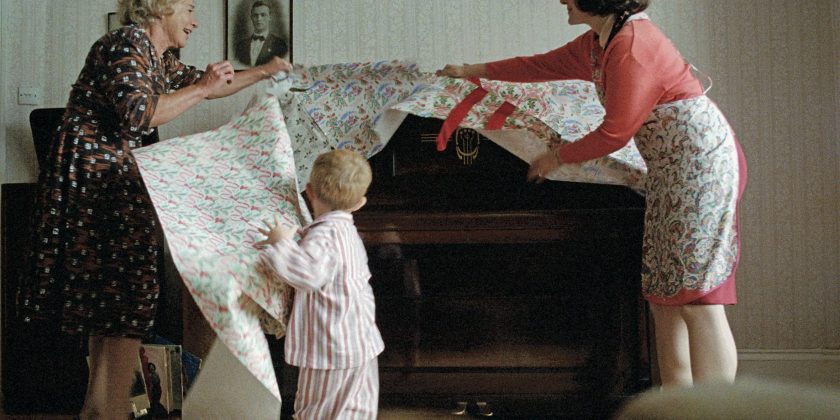 One shopper joked on Twitter that he would have to sell a kidney to be able to afford the pricey instruments which went on sale after the advert was finally unveiled yesterday. 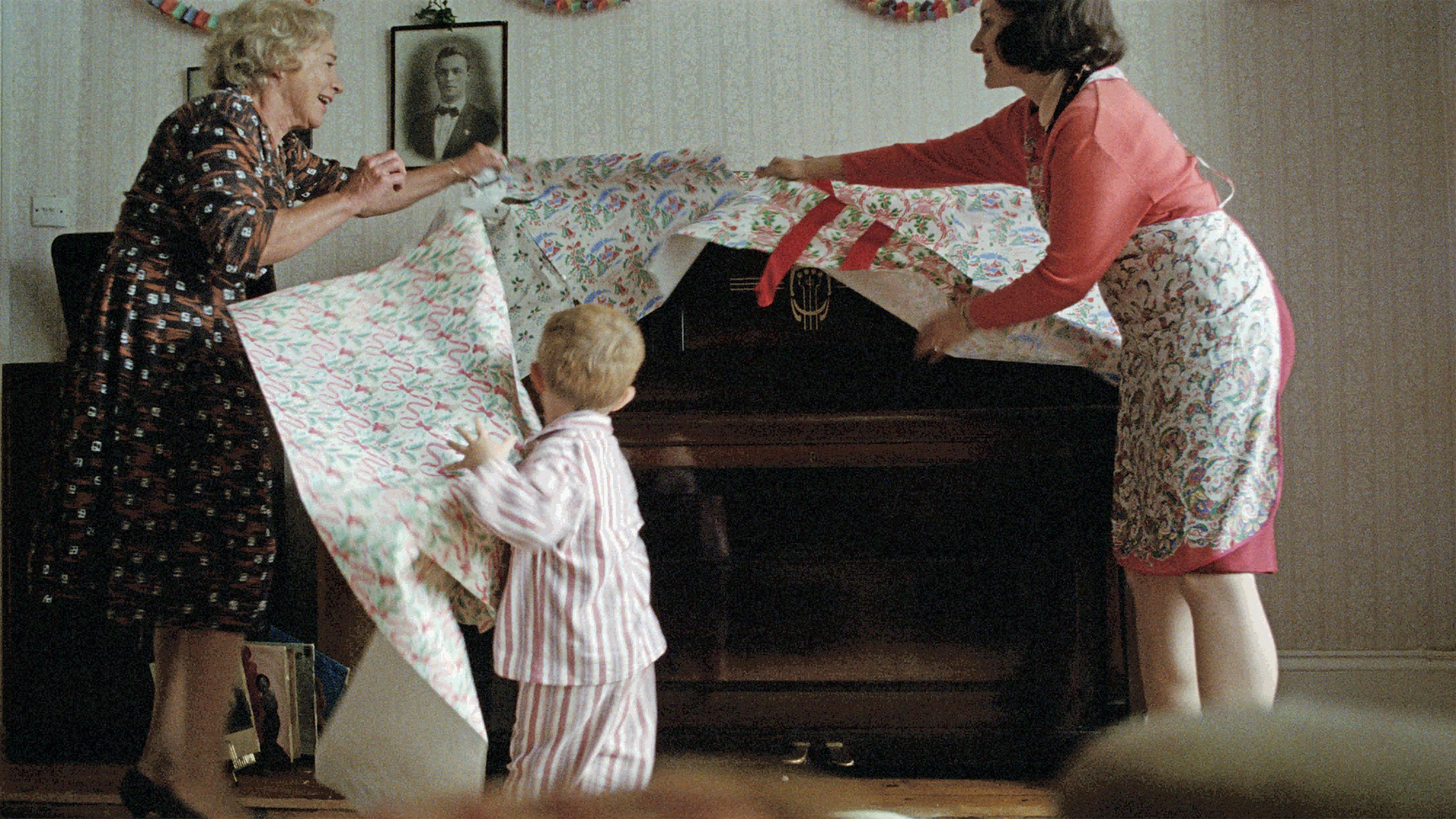 This year's Christmas advert – called The Boy And The Piano – focuses on Elton John's life story and how the gift of a piano from his grandmother as a little boy helped make him the superstar he is today.

In previous years, John Lewis has sold cute cuddly toy versions of the adorable characters in its Christmas adverts for about £20, such as Moz the Monster, Buster the Boxer or Monty the Penguin.

Unsurprisingly there are no cuddly Elton Johns this year, with John Lewis instead launching a range of Yahama pianos priced at £872, alongside a collection of £40 T-shirts.

But parents on Twitter have scoffed at the expensive range, with people wondering who would be able to afford this year's budget-smashing advert tie-ins. 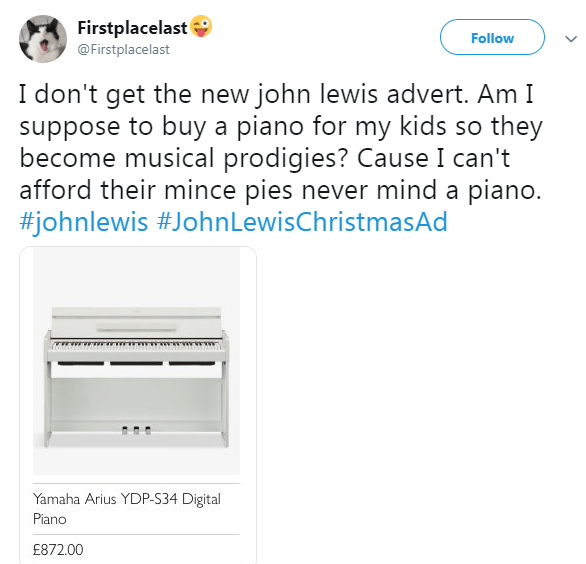 One dad, Alex Fletcher, wrote: "Bloody hell. Am I supposed to get my a kids a grand piano now for Christmas.

"I’ll have to sell a kidney. I preferred it when it was a fluffy penguin toy. Cheers John Lewis."

Some parents pointed out that the range was ironically launched just before Children In Need, an annual telethon to raise money for underprivileged children in the UK and abroad, which is on tonight.

One said that only parents of children living in wealthy areas such as the Cotswolds, Berkshire, Surrey or Buckinghamshire would be able to afford the pricey instruments. 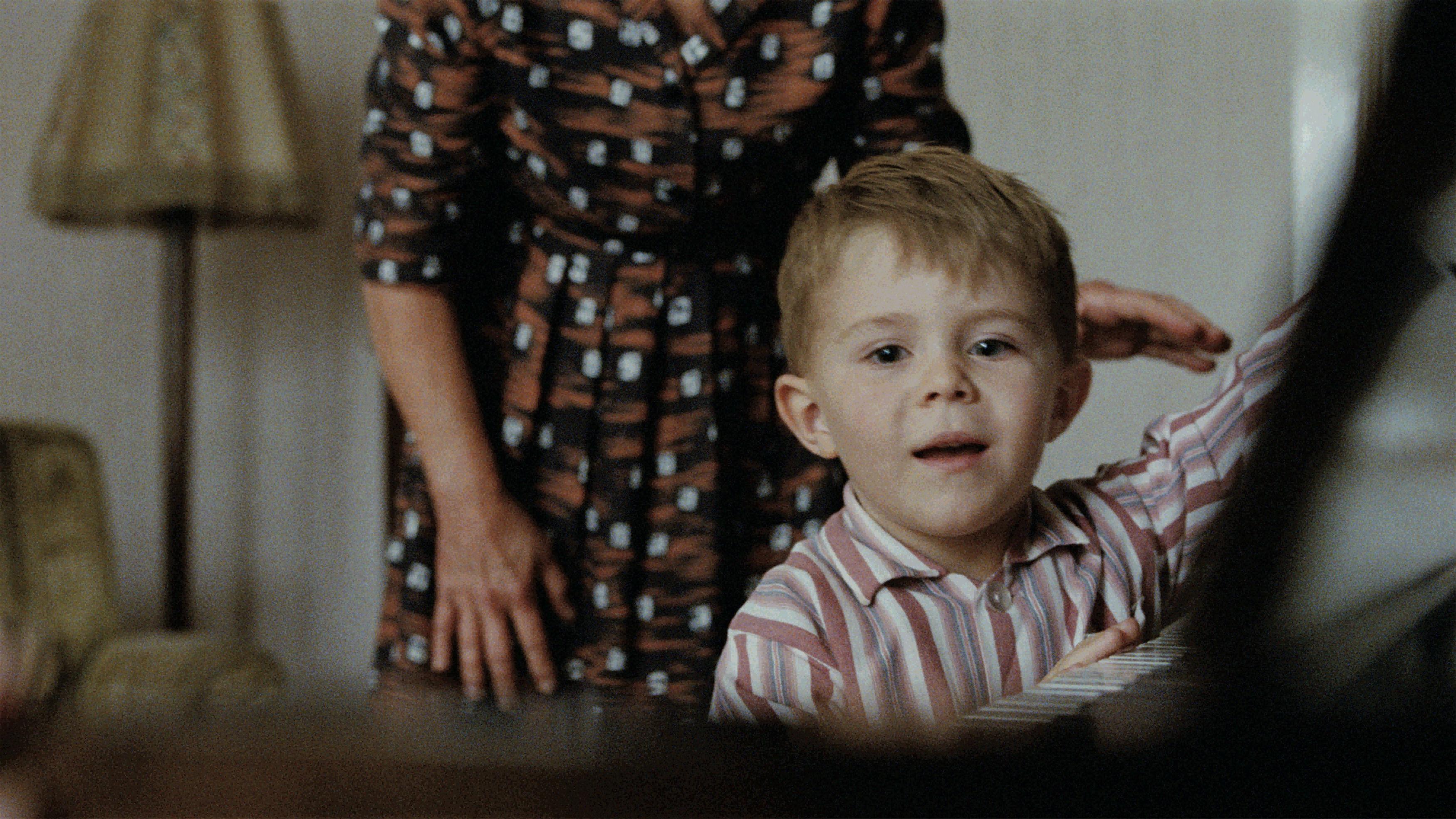 Another parent asked: "I don't get the new John Lewis advert.

"Am I supposed to buy a piano for my kids so they become musical prodigies? Cause I can't afford their mince pies, never mind a piano."

Yesterday, hundreds of people on Twitter mocked the department store for its new piano range because it hasn't sold the instruments for years.

It's safe to say that people aren't overwhelmed by the new John Lewis Christmas advert, with many people saying it's not as good as previous campaigns.

Many people have said they prefer adverts by other retailers this year.

Our TV reviewer has ranked and rated all of them so you can see which is best.

People suspected Elton John would star in the advert – particularly after John Lewis stores changed their name to just "John".

Meanwhile cheeky Chris Moyles was behind a prank to fool people with a fake John Lewis teaser trailer.