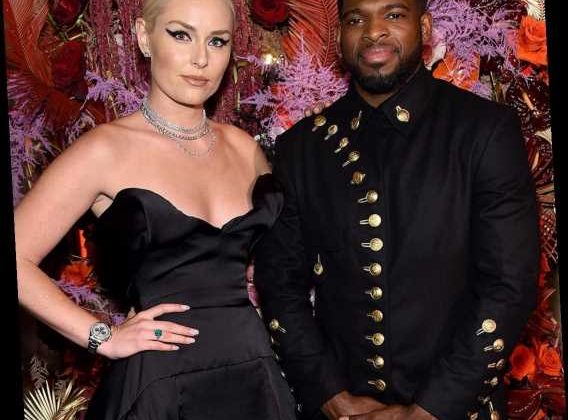 P.K. Subban knows that inquiring minds are curious about his recent split from fiancée Lindsey Vonn — but he also knows that as a prominent athlete, that just comes with the territory.

The New Jersey Devils defenseman, 31, addressed the end of his engagement for the first time since he and Vonn called it quits last month, and told NJ.com that he doesn't plan to dwell on being a topic of conversation.

"I'm used to people talking about me all the time, good or bad. None of that really matters to me," he told the outlet. "People know that I have a zest for life and I'm always a happy guy. You know what? When your personal life becomes public, that's what happens."

Subban also noted the benefits that came with dating someone like Vonn, who herself is no stranger to the spotlight.

"Fortunately and unfortunately, I was with somebody who was also a public figure, and that's part of the deal," he told NJ.com. "But that's a part of life. It's great to know that hockey is here again and I can focus on my game now, and I'm excited for that."

He and Vonn, 36, announced the end of their engagement in late December after three years together.

"Lindsey is one of the most kind and caring people I know. I will always treasure our time as a couple together and the many laughs we shared," he wrote on Instagram at the time.

Vonn, meanwhile, called Subban a "kind, good man and someone I respect a great deal."

"However, after much consideration we have decided to move forward separately," the skier continued. "We will always remain friends and love each other immensely. We ask that you please respect our privacy during this time."

The pair began dating in early 2018, and PEOPLE confirmed their engagement in August 2019, the same year Vonn retired from professional skiing after a storied career that included a record number of World Cup wins.

Several months after their engagement, Vonn popped the question to Subban in a sweet Christmas surprise.

"We talk about equality but actions speak louder than words. Men should get engagement rings too and this is what PK deserves. Can't wait to marry you babe❤️," she wrote on Instagram at the time.

Though Vonn told PEOPLE in October that the coronavirus pandemic had delayed their wedding planning, she said that she felt quarantining together with their three dogs had strengthened their relationship.

"It's been great for us. We've really enjoyed the time together, as much as one can," she said. "When you're living together and you see each other every single day, 24 hours a day, you get to know each other pretty quickly. I think it's been good for us to really find out everything about each other, and I think we've gotten a lot closer throughout the whole process."