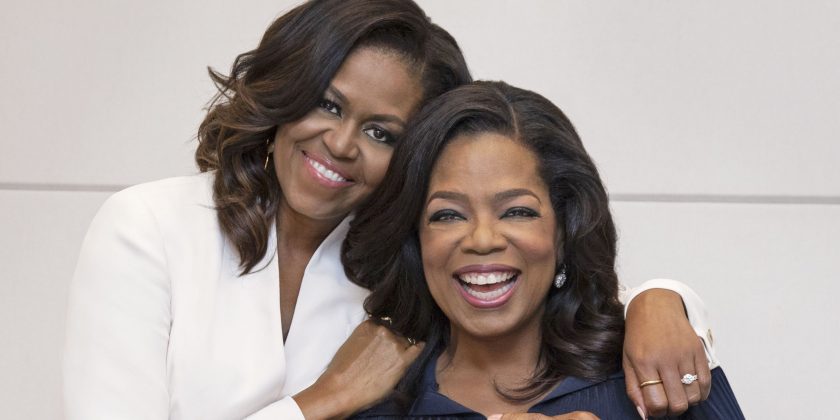 Michelle Obama’s highly anticipated memoir, “Becoming,” got another boost Monday when Oprah Winfrey announced she has chosen it for her book club.

The book club selection is just one piece in a bookselling partnership between the former first lady and Winfrey.

When Obama kicks off her national book tour Tuesday night in Chicago, Winfrey will take the microphone to ask questions in front of the United Center crowd.

On Thursday at 8 EST/PST, a separate interview, “Oprah Winfrey Presents:  Becoming Michelle Obama” will air on OWN, with longer versions available via podcast and on Facebook.

That conversation between Obama and Winfrey was recorded at Hearst Tower in New York City in front of an audience that included a group of local female high school students.

The interview is also be featured in the December issue of O, The Oprah Magazine, on newsstands Nov. 20.

Obama already has done interviews with NPR and Robin Roberts of ABC. Her book made early headlines with revelations including her anger at Donald Trump for promoting the false “birther” claim that President Obama was not born in the United States.

Winfrey’s relaunched 2.0 book club selects fewer titles than her original book club which ended its 15-year run in 2011, but she still has the power to propel book sales. Her new book club helped turn “The Underground Railroad,” Colson Whitehead’s novel about slavery, into a hit in 2016.

The former first lady tweeted her thanks to her “friend” Oprah after the book club announcement.