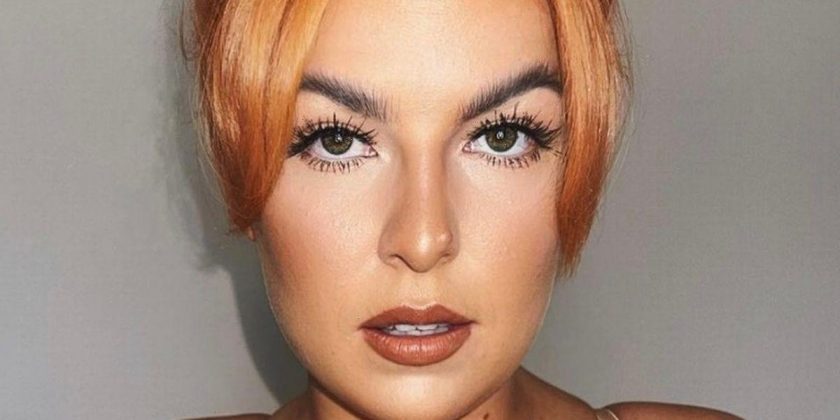 OnlyFans star Nova Jewels has opened up about how she had a freak accident that left her in hospital – but her kinky devotees were there to help.

The Scottish bombshell is no stranger to stripping down in front of the camera for cash.

Since she lost her job as a wedding coordinator around two years ago, Nova has made a name for herself in the adult industry.

READ MORE:Model earns cash by doing 'nothing' – and watches her clients 'perform' instead

From bonking her best friend to getting paid to wee, the feisty model has certainly ticked off a lot on her ‘sex bucket list’.

With the money now flooding in for Nova she is able to live her life to her fullest – and she has even taken up paddle boarding.

But the water sport (the non sexual kind) may have done more damage than good after she fell off and got a small cut on her elbow.

Thinking nothing of the tiny graze at first, Nova was eventually whisked to hospital with a severe case of cellulitis – a common skin infection that can quickly turn serious if not treated.

Bed bound and unable to get her kit off, the naughty model told us how OnlyFans models make an income when unable to do what they know best.

She explained: “I am fortunate enough that I did not have a single worry about my income.

“I always have money in the bank to pay my bills and I had made £2,000 in the past two weeks on live cam plus my money from OnlyFans on top of that so I can afford to have a week off thankfully.

“I’ve been making £4,500 per month so the income is continuing to grow.

“I was so ill I did absolutely no work at all for the week. I was completely exhausted and was relying on morphine every couple of hours to stop the pain and had no appetite at all.

“I eventually put a post up to let my followers and fans know that I was in hospital and even that felt like it took so much effort. I couldn’t stay awake for more than a couple hours at a time so I slept the week away. I must have been sleeping about 15 hours a day."

But just because Nova was not posting her saucy content while ill, that does not mean her income and adoration from her fans stopped.

She even got "sympathy" money from the more loyal customers.

The bombshell confessed: “I could have milked it so much more on my socials and received even more money and gotten more get well soon gifts but I just didn’t have it in me.

“I couldn’t have cared less about money and presents at this point, I just wanted the pain gone.

“However, I did receive a few lovely gifts in the post, along with a good few hundred pounds of sympathy money from some of my regulars so I cannot complain at all. "

Thankfully Nova was able to support herself while fighting off the infection in hospital – but that did not come without concern from the doctor.

Nova giggled: “You know it was hilarious when the doctor asked me in A&E what I do for a living because my illness was going to affect me going to work and I said to him ‘oh don’t worry about that, I do OnlyFans for a living’. His expression was absolutely priceless.

“He started to stutter and tried to get his words and his memory back on track about what antibiotics he was giving me!

“His words were ‘oh emm, sorry I didn’t expect you to come out with that, that’s totally throwing me off a bit there… anyway, back to the antibiotics’ .

"The staff nurse, who was at the other side of the bed giggled and said ‘I don’t know if there is such a thing as an elbow fetish but you never know.’"

"I was kept in hospital from the Monday (8 August) to the Thursday(11 August) on the IV drip and on morphine.

"I got home Thursday night but had to keep the cannula in my arm as I was now an outpatient and had to go back in once a day over the weekend to get more IV pumped into me.

"From the Sunday (14 August) I started on the oral antibiotics which I am still on now.

“My fans are so patient with me and I really appreciate them for that.

“They know that when I’m back to full health my content is going to be next level for them all.

“A couple weeks off will probably do me the world of good, I’m already itching to get back in front of the camera and get some spicy content made.”