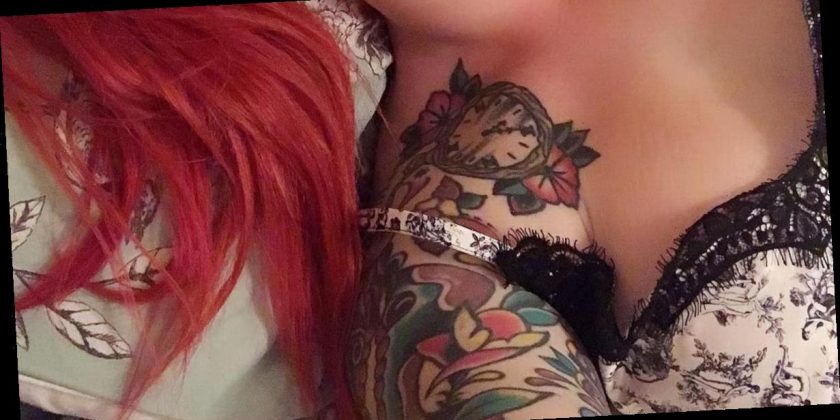 Within her first year, she has worked up an £11k per month income and is among the top 0.7% of creators on the platform.

As anyone should, Lola still pays her taxes on the money she's made through her 1,500 subscribers – but manages to claim back cash for the most obscure of items for 'business use.'

On TikTok, she listed "14 alien shaped dongs, a years supply of all-natural lubricant, a thrusting machine, a tummy tuck, various cosplay outfits, various cans of tinned/messy food for certain types of content" as items she is writing off her taxes.

In another video, she said the HMRC asked for proof that a penetration machine she bought was for business, and joked how she "had to quickly ask before sending them a video".

The machine she successfully claimed back last year cost her £499 – but it broke and she has had to claim back for another one.

But the madness that is an OF girl's tax return didn't stop there, as the 26-year-old told the Daily Star she'll be adding a mustard bath and some fake semen lube that clogged her ear.

She said: "I make fully explicit content, I was a successful cam girl so it was quite easy to make the transition into OnlyFans due to already knowing how to market myself, the only downside is having social media’s battling you constantly!

"Growing my audience took time and a lot of lost profiles, going live on all platforms really helps and having a very out-there personality.

"Some of my most viewed TikTok's were about the taxman as people were so interested, I claim back everything from the internet, lingerie, toys, cosmetic surgery, hair supplies, my office renovation, anything to do with appearance as that’s the main thing that makes me money.

Mamma Plugs boasts over 73.5k followers on Instagram and over 45k on TikTok.

She claims that her most viewed videos on her social media are ones on what she claims back from "the taxman".

Costs that are listed as allowable expenses by the HMRC include office costs, travel, clothing, staffing, things you buy to see, costs of business premises, advertising and marketing and training courses.