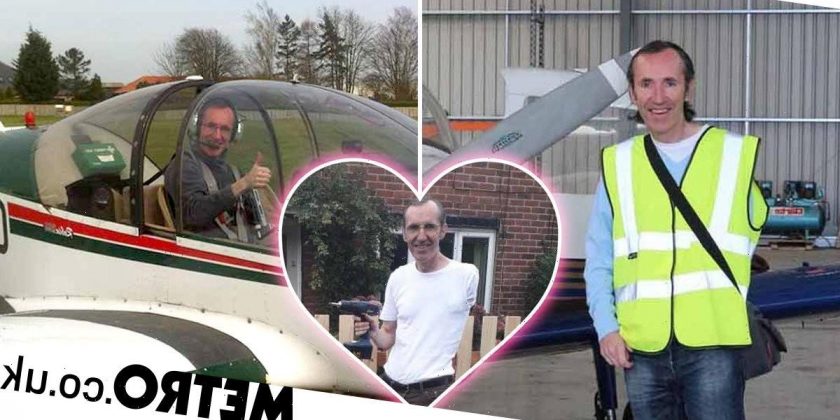 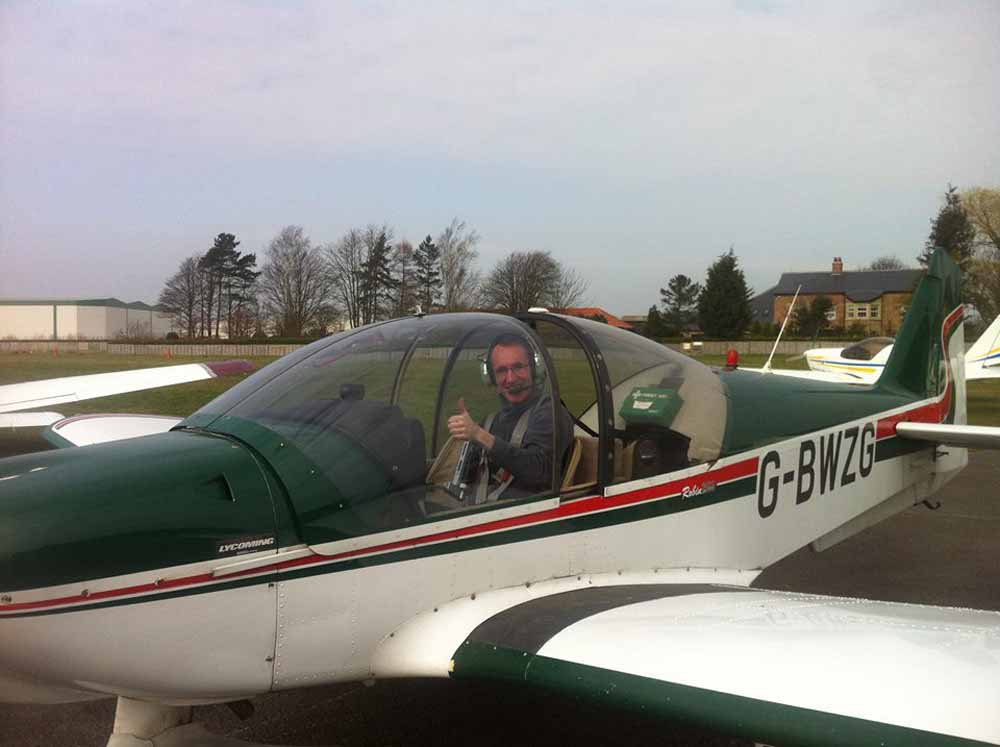 A one-armed pilot is desperately seeking love after online dating knocked his confidence.

Steve Robinson, 57, who is also an inventor, a dancer, an equestrian and a motivational speaker, lost his right arm in a motorcycle accident when he was just 18.

The one area where the UK dressage and salsa dancing champion has failed to excel in, however, has been dating.

Author of a book, ‘No Arm in Trying,’ Steve now wants to find his soul mate, but said: ‘I attract problematic women. My dating life has been very up and down.’

When Steve lost his arm, his life was turned upside down, but it made him even more motivated to be a success and to fulfil his dreams.

He said: ‘I think after surviving the crash I just wanted to face all my fears. I refused to let losing my arm stop me. Instead, I became a pilot in 2015, because I was scared of heights, and drove a motorcycle again in 2018.

‘I even made my own prosthetic arm, so that I could fly, as I needed something a bit heavier than the usual one provided by the NHS.

‘I was scared of horses, so I became a dressage champion and I’ve been ballroom dancing for over 12 years now and am a salsa champion.

‘I do a lot and I like to keep busy, but that doesn’t mean I’m not looking for a special someone.’

Admitting to struggling with loneliness and dating, Steve has had around six serious relationships in total, but admits he has faults.

He jokes that he needs a woman who can keep up with him, but that he’s not looking for drama.

Steve also fears that his disability puts some women off.

‘I hate online dating,’ he said.

‘If I tell women right away that I only have one arm they just stop messaging. But then I’ve waited to talk about my arm later on when we meet up and I’ve had women tell me I’m being dishonest.

‘It’s really hard, as I know as soon as I mention losing my arm, they won’t message me anymore. It’s very hurtful.’

Single for nearly three years, since breaking up with his partner of 18 months on New Year’s Eve 2018, Steve says the attention his arm attracts makes him miss signals from women.

‘When I’m walking down the street everybody just stares at me,’ he said.

‘I always walk with my head down and try to ignore it. It’s the only way to deal with it, but it also means I miss any woman looking at me because she likes me.’

His eclectic (and hectic to some) lifestyle can also put women off, and some have even accused him of being dishonest about his accomplishments.

Now, he’s looking for a companion to share his hobbies and jobs with, saying he’d prefer someone intelligent and slim.

Steve says: ‘I want a smart woman with an education. She just needs to have a spark about her and be able to hold a conversation.

‘I’m a slim guy, so it would look a bit ridiculous. Also, I think if you are with someone big you become big yourself.

‘I seem to attract weirdos or women in their 60s or 70s, so I’d just like someone really down to earth.’

Although he says he’s not ‘unhappily single’, he’s hoping the right woman will be the cherry on top of his life.

‘I just want someone to share the world with,’ he said.

‘I want to find the right person, though. I’m off the dating websites and waiting for something to happen naturally.

‘Maybe my perfect woman will read this article, who knows?’