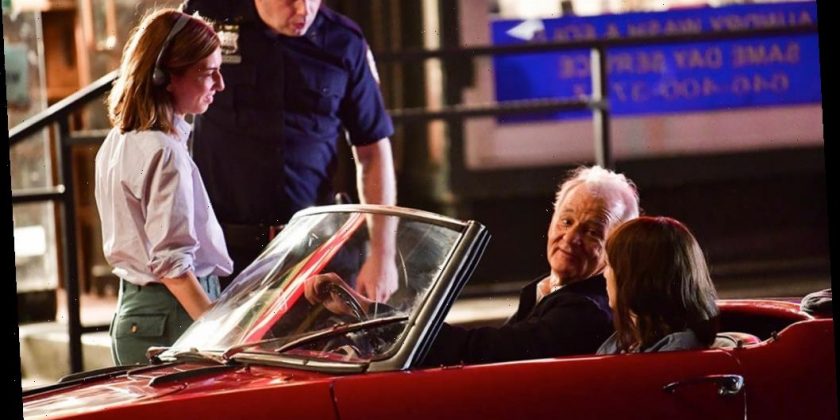 In the pantheon of perfect Bill Murray roles — “Caddyshack,” “Groundhog Day,” “Lost In Translation” — his smooth-talking character in the new comedy “On The Rocks” ranks as one of the best.

Murray, bless him, brought me back to the New York we all miss like hell; the city of late-night spontaneity we’re told we might not get back.

All of us, for example, have experienced some version of this scene: In the middle of the film, a cop pulls over Felix’s red sports car, which he’s been speeding like a NASCAR driver up and down Manhattan, and spots a bottle of Krug Champagne in the cupholder. The officer tells him to get out of the car.

“O’Callahan. Are you Tommy’s boy?,” he says to the shocked cop. Two minutes later, after regaling the guy who almost arrested him with stories about his grandfather and his family home in the Adirondacks, Felix is off the hook. Every waiter is “George!”, every party is, in some way, his own. What any of us wouldn’t give for a spontaneous night of rule breaking and lounge hopping with a genuine NY character, like Murray’s, again.

Coppola’s funny and slyly emotional film, which should be cherished, is the closest we’ll get to that for a while.

The rowdy evening is spent with Laura (Rashida Jones), Felix’s less flashy daughter who suspects her husband Dean (Marlon Wayans at his most tender) is cheating on her with a leggy new business partner. Days earlier, Felix had Dean followed, and spotted him having dinner at J. Sheekey in London and shopping at Cartier on Fifth Ave. Suspicious.

So, the duo hops Felix’s car and secretly trails the hubby around New York to try to catch him in the act. The movie is an expense account bar crawl dream: they visit 21, the Soho House and Bemelmans Bar at the Carlyle. Felix brings along a tin of caviar — “American,” he admits — while cooly rattling off his theses on masculinity.

“He’s male,” Felix, a notorious womanizer himself, says of Dean. “It’s his nature. Males are forced to fight to dominate and impregnate all females.” Murray, as only he can, makes a remark that would get most men slapped in the face totally adorable.

When Murray quietly discusses a de Kooning painting or bonobos or why the Plaza is the perfect hotel for infidelity, every one of Coppola’s lines sparks with pathos and raunchiness — like a TED Talk at Hooters. He also forges a delicate, sweet, believable father-daughter relationship with Jones, whose textured Laura is yet another reason to love this movie.

Laura lives in Soho with her two daughters and husband, while attempting to write a novel and enduring her own Groundhog Day loop of taking the girls to school and being forced to listen to another, single mom dish about her latest boy toy in the pick-up line.

Outside of Murray’s classic New York persona, Laura’s home life features some of Coppola’s finest writing. She isn’t sit-com harried or brusquely professional. Laura always carries a Strand tote bag and is reliant on a nearby baby sitter. Jones’ restrained frustration will strike a chord with many.