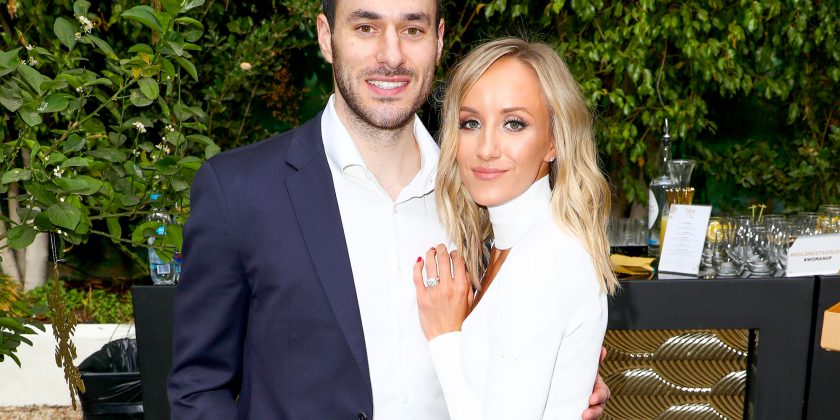 More than three years after Nastia Liukin and Matt Lombardi got engaged, the couple has officially called it quits.

“They have mutually and amicably ended their relationship,” a rep for the Olympic gymnast, 29, confirmed to PEOPLE on Tuesday. Liukin has not posted an Instagram photo with Lombardi since the beginning of June.

The pair was set to wed in Newport, Rhode Island, on June 24, 2017. But just one month ahead of their celebratory day, Liukin announced that they had decided to postpone their wedding, adding that the choice was career-based and they were still “very in love.”

“My career has been so crazy, we both felt it was best to take a breather and focus on spending time with each other,” Liukin told PEOPLE, explaining that the decision was made months prior at the end of March. “We’re together, we’re engaged and we are postponing.”

“I’m really obviously very excited to spend the rest of my life with him,” she added. “We bought a house in December and started a new business together and we just kind of wanted to take a second and pause and breath.”

Lombardi first popped the question to Liukin in June 2015. “So this just happened,” the Olympic gold medalist captioned a photo of her gorgeous diamond ring with her new fiancé standing with open arms in the background.

“Matt proposed in Boston last night with a beautiful ring he designed himself,” the gymnast later told PEOPLE in a statement. “He told me we were going to celebrate together and to my surprise, my parents, best friend and his family and best friend were waiting there to celebrate with us. We are both so excited for our future together.”

During their relationship, Liukin and the former professional ice hockey player, 36, launched an “inspirational app for gymnasts” together called Grander Sports. The app is designed to provide aspiring female athletes with access to people, resources, and communities that can help them achieve their dreams.

As of right now, it is unclear if the pair intends to keep working on the business together as co-founders — though their Instagrams both currently list the title in their bios.

The Russian-American gymnast, who was the 2008 Olympic individual all-around champion, has seemed to take moving on in stride since the split, posting a cryptic message on Instagram Monday.

“‘I’m doin better than I ever was’… ” she captioned the image of herself posing in a black turtleneck, jeans, a Gucci belt, red shade of lipstick and matching nail polish.

As for her former fiancé, he supported Liukin when she hosted the Grander Summit in August — the event coincides with the pairs’ Grander Sports app — and moderated a professional athletes panel alongside fellow gymnasts Laurie Hernandez, Nancy Kerrigan, Jordyn Wieber, and Shawn Johnson East.