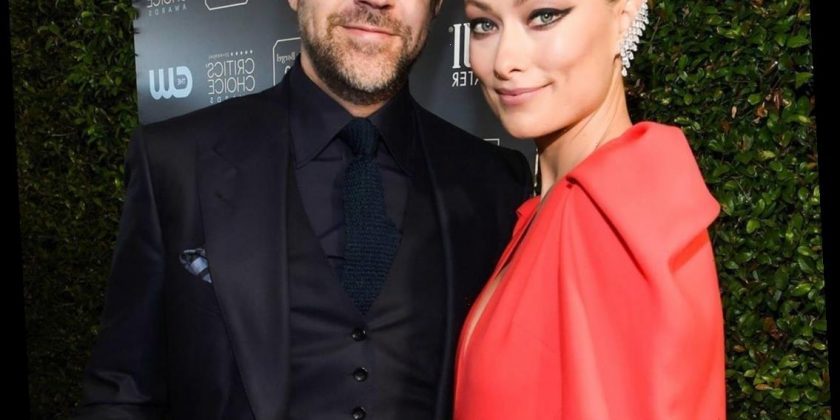 Olivia Wilde continues to focus on her children, Otis and Daisy, following her split from Jason Sudeikis. Check out her new photo of the kids and find out more about the breakup.

Olivia Wilde continues to focus on her kids following her split from Jason Sudeikis.

The 36-year-old actress posted photos of her and her ex's son Otis Sudeikis, 6, and daughter Daisy Sudeikis, 4, enjoying a fun day out at a horse ranch on her Instagram Story on Saturday, Nov. 14. The two kids posed behind a white fence wearing masks. Olivia captioned the pic, "My everythings."

Olivia also shared a photo of herself at the ranch, also wearing a mask and standing by a horse.

E! News confirmed on Friday, Nov. 13, that the actress and Jason had ended their seven-year engagement. The two had been together for nine years.

People quoted a source as saying Olivia and Jason split at the beginning of the year, adding, "It's been amicable and they've transitioned into a great co-parenting routine. The children are the priority and the heart of the family's relationship."

Neither Olivia nor Jason, who does not have any active public social media account, have commented on the split.

The actress occasionally shares photos of their children online. In October, she posted a pic of herself with Otis and Daisy hanging out on a Friday night. Also that month, the actress shared a throwback baby pic of her daughter for her birthday.

Camilla Luddington on That Grey's Surprise and Jo's Future

Watch Kim Kardashian's Tearful Reaction to Hologram of Her Dad

"My best friend turns four today!" she wrote at the time. "Daisy girl, you were born on #internationaldayofthegirl and it's been a party every day since. Strong, smart, funnnnnnny, kind, and curious. What a dream you are. Thank you for teaching me how to always see the light. Happy birthday!"

In May, Olivia posted a photo of Otis and Daisy hugging each other on a beach. She wrote, "That quarantine bond."

Jason, 45, and Olivia first met at a Saturday Night Live after-party in late 2011. The then-cast member and House actress got engaged less than two years later but never announced a wedding date.