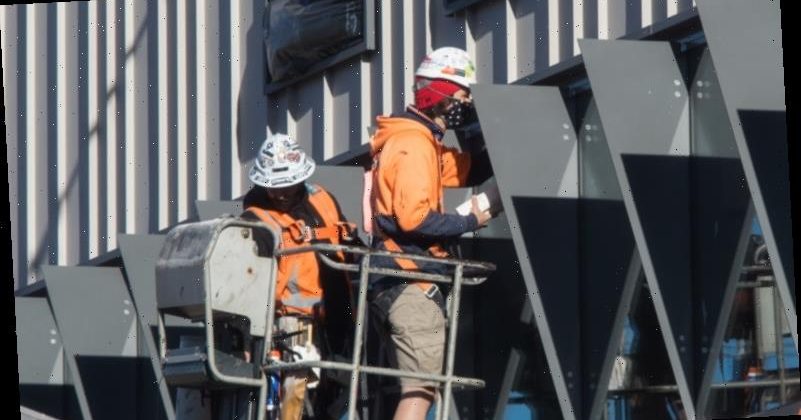 Save articles for later

Add articles to your saved list and come back to them any time.

Older Australians and migrants from non-English speaking countries have borne the brunt of coronavirus shutdowns, with research revealing the nation has lost 1.3 billion working hours worth almost $50 billion since February.

Australian National University researchers found men who went into the pandemic with a job lost 198 hours on average, while working women lost 129 hours in the 35 weeks to October. 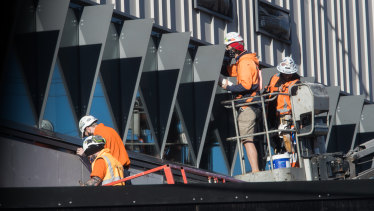 An Australian National University study shows 1.3 billion hours of work have been lost since the coronavirus pandemic, hitting older Australians and migrants from non-English speaking countries the hardest.Credit:Jason South

If everyone had worked their expected hours over the period, they would have put in 760 hours of paid employment. Instead, hours as measured by ANU fell to 692 as businesses were forced to shut or reduce their operating hours.

On average, the lost hours were worth $5885 in forgone production for every working Australian. With 1.3 billion hours gone, the nation took a $47 billion hit to overall production.

"Our data continues to show that the economic costs of the COVID recession are large and not evenly distributed across the population," he said.

While men and women both suffered large falls in working hours through March and April, the study found females were almost back to where they were before the virus. Men were still 9 per cent short of their pre-pandemic workload.

Older Australians, people from non-English speaking countries and Melburnians have been hardest hit.

Among employed migrants from non-English speaking nations, the average loss of hours was 245 hours while for Melburnians it was 229 hours, compared to just 27 across regional Victoria.

Among those who finished Year 12 but had no tertiary education, the average loss was 184 hours. People with degrees or those yet to finish high school lost far fewer hours than semi-skilled workers.

Professor Biddle said the drop in hours for migrants and older Australians would need a policy response by government.

He said many older Australians who suffered a fall in hours could end up retiring prematurely.

"We do know that once a person retires from the workforce, it's really difficult to get them back. If this group of people have left then that's going to have an ongoing impact for the labour force," he said. "Labour market support may need to be altered to the type of occupations that are struggling."

In separate research released on Monday, Deutsche Bank economist Phil O'Donaghoe said the national jobs market would be heavily affected for years by the pandemic.

But that increase in potential workers would be more than offset by the number of older people leaving paid employment. He said 550,000 Australians would turn 65 over the next two years, of which 470,000 could leave the jobs market.

"The net of the above is a possible further outright decline in the size of the labour force of the next two years, which would be exacerbated if labour force participation rates remain below pre-COVID levels for an extended period," he said.