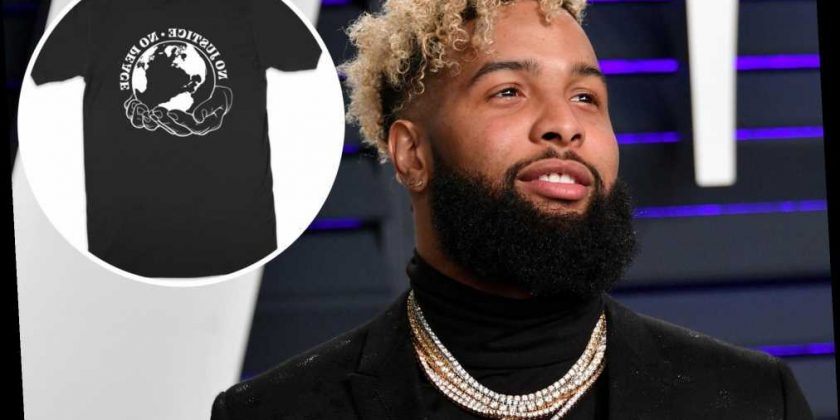 The Cleveland Browns player, 27, has designed a T-shirt and 100 percent of the proceeds will be donated to Black Lives Matter.

Beckham’s T-shirt is available to purchase for $25 and features the words “I Still Can’t Breathe” on the front and “No Justice, No Peace” on the back, in memory of George Floyd, Breonna Taylor, Ahmaud Arbery and all those who have suffered from police brutality.

LeBron James, Russell Westbrook, Kendall Jenner and Diplo are among those who have already purchased the shirt from his website, endthistogether.com.

According to the site, the football player has enlisted volunteers to fulfill the orders so that all profits can go towards the organization.

“Like many other people around the world, I was heartbroken and extremely disturbed when I saw the video of George Floyd being murdered by police officers,” Beckham wrote on the site. “In an effort to do something to help the cause of ending police brutality, I wanted to help promote a T-shirt that sends a message that we demand justice for George Floyd and an end to police brutality.”

Earlier this month, Beckham joined other NFL players including Patrick Mahomes, Saquon Barkley, DeAndre Hopkins, Michael Thomas, Sterling Shepard and more in a plea for the league to condemn systemic racism and apologize for criticizing those who peacefully protested police brutality.