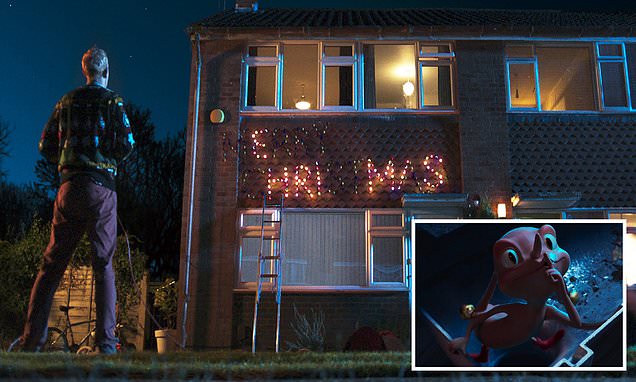 There may still be seven weeks until Christmas but retailers are already seeking to win consumers’ hearts and ultimately their wallets with their festive adverts.

Last night saw Currys PC World kick off the Christmas commercials with its Victoria style ad and now Argos has become the second store to launch its take.

The ad airs for the first time tonight during Coronation Street on ITV and Gogglebox on Channel 4 from 9pm and features a not-so-festive protagonist in the form of the ‘Christmas fool.’

The ad sees the mischievous impish creature causing chaos for families during the festive period by rewiring their lights, opening their gifts and stealing their instruction manuals. 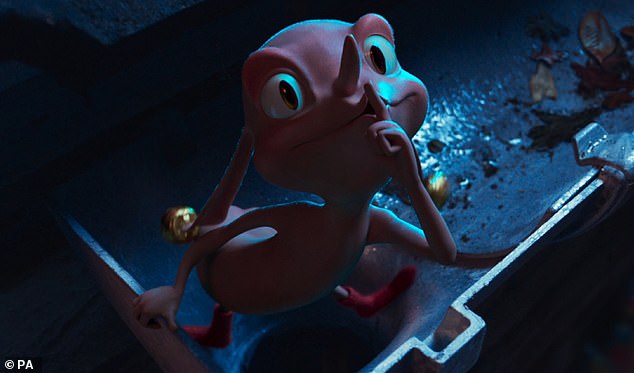 The creature is eventually foiled in its quest to cause chaos around the house by one of the retailer’s Fast Track delivery drivers.

Last year the retailer was the first to launch its Christmas campaign on November 3 with its ultra modern take on Santa’s workshop.

And while the high street store has moved its launch to a day earlier than last year it was still beaten by tech giant Currys PC World who aired its ad last night.

The festive campaign – entitled The Magic of Christmas Upgraded – debuted on ITV on Thursday during Emmerdale, featuring the carol Good King Wenceslas as the soundtrack. 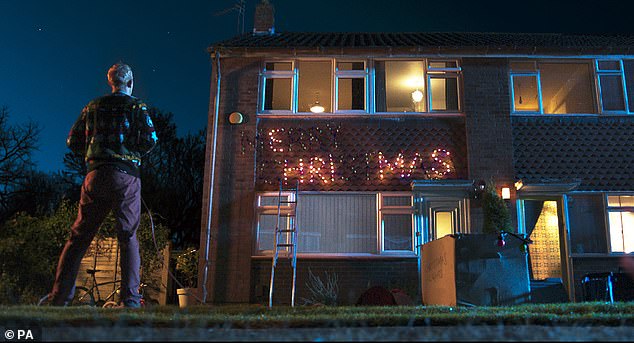 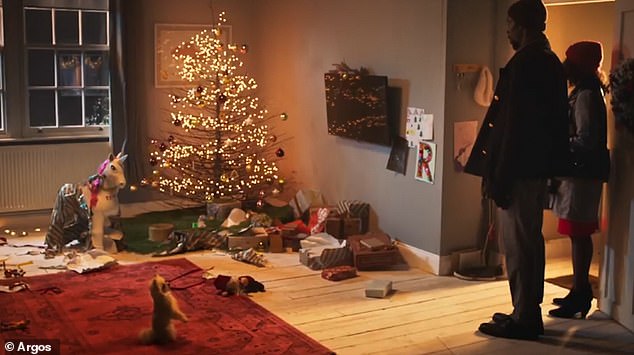 In one scene the creature destroys a family’s Christmas tree and unwraps their gifts, with the dog taking the blame 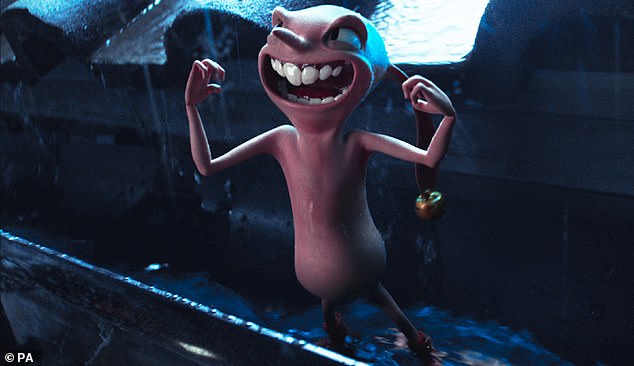 Scenes show carol singers using Microsoft Surface Pro tablets in place of hymn books and a woman using Google Home Hub to play Christmas tunes to her house guest, through to a street vendor selling roast chestnuts that have been heated to perfection in an AEG steam oven.

Commenting on this year’s Currys PC world advert, Georgina Bramall – head of brand and advertising at Dixons Carphone – said: ‘Christmas is an amazing time of year, but it can be stressful when it comes to getting it right for family and friends.

‘At Currys PC World, we’ll help our customers enjoy amazing technology that can upgrade even the most established of Christmas traditions to transform the moment.’ 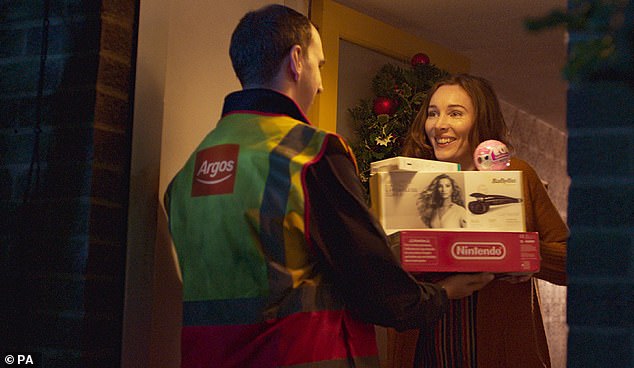 However, its plans are foiled when an Argos delivery driver squishes it when opening the door