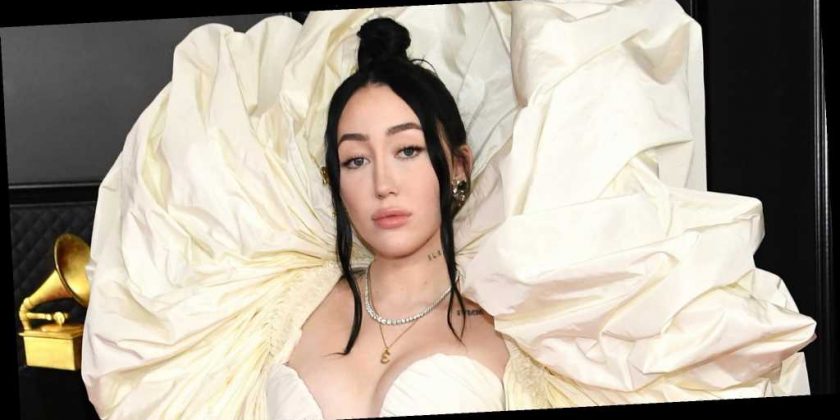 The Grammys has produced some of the most iconic looks in fashion history, so despite the fact that the awards show is partially virtual this year, we still had high expectations for what would appear on the "red carpet" — and Noah Cyrus did not disappoint. Nominated for Best New Artist, the singer stepped out in a voluminous white Schiaparelli Couture gown, and we have a feeling we'll be talking about this one for years to come. Prior to the event, InStyle spoke to Cyrus' stylist, Brett Nelson, who gave more detail on the gravity-defying, poufy design, and his excitement for what we were about to see was obvious.

"We're getting to see her in a different light," he told us over the phone. "The Cyrus family is legendary in the music industry, between her father and her sister, [Billy Ray and Miley Cyrus], so I wanted something that felt very original and iconic for her. I wanted to do something that felt a little bit more art-based. She's a cool little art kid, so I want to show that."

According to Nelson, the Schiaparelli Couture gown was sort of love at first sight.

"I texted Noah and I was like, 'I don't want to show you other options.' I obviously did have other options, but I knew in my soul that this is the look." For big events like the Grammys, it isn't uncommon for stylists to draw inspiration from art or even the past. For Cyrus, Nelson also went for a specific nostalgic vibe but gave it a bold twist.

"I wanted to approach this with the idea of Angelina Jolie in her Billy Bob Thornton days, but injected with pure fashion because she was so sexy back then," he said. "[Jolie] looked so simple and sophisticated, but she still had an element of grunge to her. I wanted to do that here too, because Noah's a street kid. She loves streetwear. She loves to wear '90s sweats all the time, and this is obviously a very elevated moment for her. I wanted her to feel sexy and feel like herself, but it is a pure art piece. It screams pure sex and art, all together in one."

As far as Cyrus' accessories, Nelson aimed to pick out jewelry that complemented the elaborate gown, but were still special and zoom-worthy in their own right.

"I'm using a brand called Pancossi," he said. "He just does some really beautiful art pieces, and it's very minimal because I didn't want to do anything that would take away from the dress because it's such a big moment."