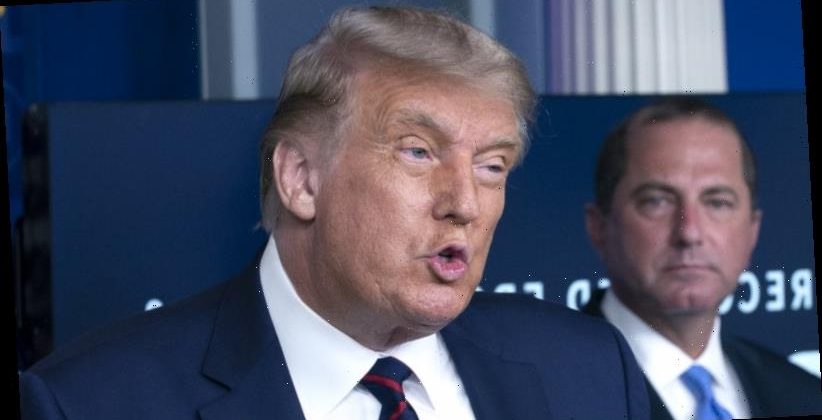 There is no strong evidence that plasma antibody therapy can successfully treat COVID-19, despite US President Donald Trump announcing the therapy had been authorised for such use in America.

While there have been some promising early evidence in studies of the treatment, it has not been proven to reduce mortality from coronavirus by more than a third, as Mr Trump stated on Monday. 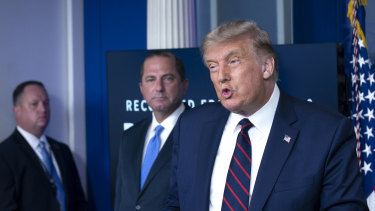 The treatment involves harvesting antibodies from people who have recovered from COVID-19 and injecting them into ill patients.

While the procedure has been in use for more than a century, it has not proven effective against any virus.

"It’s politics driving science," said Associate Professor Steven Tong, who is leading an Australian trial of the therapy at the Doherty Institute. "And it actually impairs the progress of science."

There are two clinical trials of the treatment currently taking place in Australia, but they are in their very early stages, and no results are in yet. 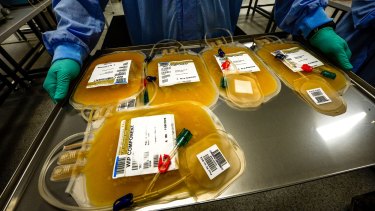 "The evidence so far is encouraging," said taskforce director Associate Professor Julian Elliott. "But it's not yet of a level we would be issuing a national guideline recommendation."

The therapy involves taking blood from patients who have recovered from COVID-19. Scientists spin out red blood cells, leaving behind only straw-yellow antibody-rich plasma.

That plasma is then injected into a sick patient where, hopefully, the antibodies stop the virus.

The process is "biologically highly plausible", said Professor Tong. But there are limitations. Evidence suggests white blood cells – T and B cells – are particularly important in fighting COVID-19.

"Plasma is, by definition, cell-free, so a major component of the active protection mechanism … is missing completely," said director of the Australian National Phenome Centre at Murdoch University, Professor Jeremy Nicholson.

The evidence showing it works for COVID-19 is extremely patchy.

The US Food and Drug Administration, which granted the treatment emergency use authorisation on Monday, said there was evidence the treatment "may be effective" and that the benefits outweighed the risks.

But only one randomised controlled trial – the highest form of scientific evidence – has been completed.

Of 23 patients with severe illness treated with plasma, 21 improved, compared to only 15 of 22 in the control group.

Other studies have been done in mice and hamsters. Generally, results in animals do not translate to results in humans.

Bizarrely, more than 70,000 patients in America have been treated with the therapy, yet none were part of a published, randomised controlled trial.

"It;s amazing – but crazy as well, in that they couldn’t even randomise a few of these patients so we could find out if it works. We should have the answer now, but we don't," Professor Tong said.

Mr Trump's announcement means proper randomised trials will now be almost impossible to conduct as patients can now demand direct access to the drug, he said.

A group of America's top health officials, including Dr Anthony Fauci, intervened last week to try to stop the authorisation because the evidence was too weak, the New York Times has reported.

Mr Trump then accused the FDA of trying to stop the treatment being ready before the upcoming US election on November 3.

"The deep state, or whoever, over at the FDA is making it very difficult for drug companies to get people in order to test the vaccines and therapeutics," he wrote on Twitter on Saturday US time.

A day later, the treatment was approved.