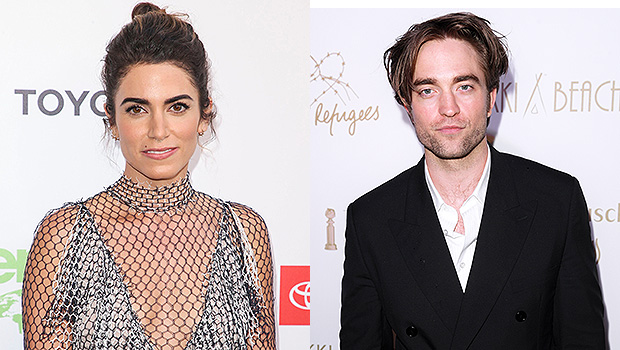 As Robert Pattinson readies to step into the role of Batman on the big screen, HL learned how happy his former ‘Twilight’ co-star, Nikki Reed, is for him.

Congratulations are in order for Robert Pattinson, 33, on his new role in Batman, and Nikki Reed, 31, was one of the first to do the honors. Even before the exciting news broke and rumors were still swirling, Nikki told HollywoodLife EXCLUSIVELY that she is beyond thrilled for her Twilight co-star. “Sounds awesome!” she said of the prospect on the red carpet at the 29th Annual Environmental Media Association Awards, before adding that she doesn’t “know much about it” just yet.

The actress stunned at the May 30 event held at The Montage in Beverly Hills, where she then explained why being a champion of environmental change is so important to her. For Nikki, her younger brother Joey Reed, 19, adds fuel to her fire. “We are not [screwed]” the star promised. “I am very inspired especially when I look at my younger brother. There is really a lot of hope because kids have a different perspective and are talking, and I am impressed with what this generation has to offer. Kids are very excited to take ownership and really know what they want the future of the planet to be. It is in them to make this change.”

The star also touched upon her romance with husband Ian Somerhalder, 40, whom she married in April of 2015. When asked the best way she could describe their relationship, she didn’t miss a beat. “We are pretty aligned,” Nikki admitted to HollywoodLife. Nikki was all smiles at the Environmental Media Association Awards, which was quite the star studded night. Other celebs to hit the ‘green carpet’ included Arianne Williamson, Jaden Smith, and Malin Akerman. Nikki opted to wear a sheer, knit top paired with a silk, champagne-colored skirt for the event, which was hosted by Karrueche Tran.

As fans know, Nikki and Robert shared the screen together as vampires in the fan favorite Twilight film series. Nikki is known for her role as Rosalie Hale in all five films from the saga, which were released from 2008–2012. Nikki notably portrayed the wife of Emmett Cullen in the series, which became an international success. Nikki even won the 2011 Teen Choice Awards for ‘Choice Favorite Vampire’ thanks to her role. As Robert takes on yet another blockbuster film, it’s so sweet to see his co-star showing her support!