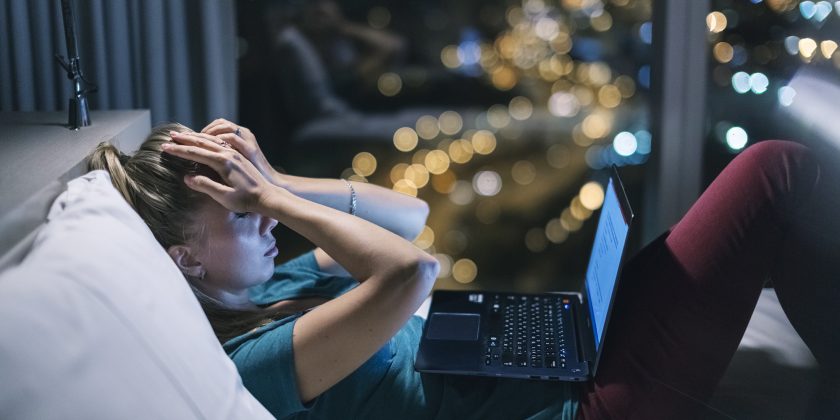 Staying up late and lying in could increase your risk of mental illness, experts have warned.

Night owls are at greater risk of depression and schizophrenia, new findings suggest.

Scientists found being a “morning person” could protect against the conditions.

People who go to bed early and wake up early report higher mental wellbeing, the University of Exeter researchers said.

Study leader Mike Weedon said: “We’ve provided the strongest evidence to date that ‘night owls’ are at higher risk of mental health problems, such as schizophrenia and lower mental wellbeing.” The findings, published in the journal Nature Communications, could lead to new treatments for people with sleep disorders.

Written in your DNA

They analyzed the genes and lifestyles of 697,828 people.

They identified 351 genetic variations linked to being a “morning lark” or “night owl.”

Those with the most “night” variations were programmed to wake up to 25 minutes later.

And they were more likely to suffer from mental health issues.

But the boffins found no link between these genetic variations, sleep duration and sleep quality.

They also made no difference to the risk of developing type 2 diabetes or obesity.

It is thought the genes affect the effectiveness of the retina, which reacts to sunlight and “resets” the body clock each day.

Our body clocks are influenced by genes and lifestyle factors including diet, exposure to artificial light and our jobs and activities.

Weedon said more research is needed to fully understand the link between being an early riser and mental wellbeing.