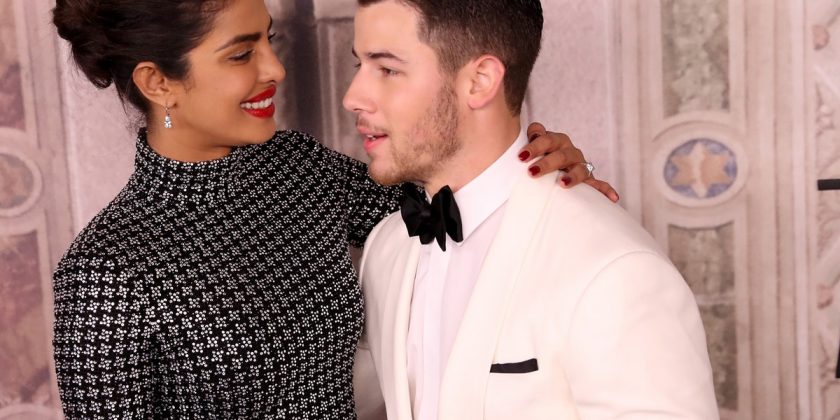 After confirming their engagement in August, Priyanka Chopra and Nick Jonas are officially married, as reported by People. According to People, the two tied the knot at the Umaid Bhawan Palace in Jodhpur, Rajasthan on Saturday, and it sounds like their wedding ceremony was absolutely gorgeous.

The two didn’t announce when they’d be getting married ahead of the big day, but their Instagram posts this week offered some pretty helpful clues. Chopra posted a photo of Joe Jonas and Sophie Turner in Mumbai alongside her, Nick, and some other friends and family members. The fact that Nick’s brother and his fiancée were also in India was a solid clue that the wedding was coming up soon.

Aside from the Instagram hint, there’s also the fact that the singer and actor held a puja ceremony this week, People reported on Wednesday. According to the magazine, the pre-wedding celebration was held at Chopra’s house. Nick honored his fiancée by wearing a traditional kurta to the event, People noted. Joe and Turner were reportedly at the prayer ceremony, too. So it sounds like the whole gang was in tow to help prepare the couple to walk down the aisle.

Even before the pre-wedding festivities started, Nick was in India to celebrate Thanksgiving with the Quantico star’s family. Nick shared a photo of the family gathered around the table, writing in the caption,

The couple’s romance has been a whirlwind, but it looks like they’re super excited to spend the rest of their lives together. And they seem to have the approval of their families, too. Nick visited Mumbai with his fiancée in August, presumably to meet Chopra’s family. And the Isn’t It Romantic actor went to New Jersey with Nick in July to attend a Jonas family wedding, too.

Nick and Chopra also spent the Fourth of July together in New York City — complete with all of the other Jonas brothers alongside them. And Chopra seems to be getting along super well with all of the Jonas relatives and their significant others. She and Turner even came up with the perfect nickname for themselves, jokingly calling themselves "The J Sisters" on Instagram, an apparent reference to the Jonas brothers’ former band name.

Reports that Chopra and Nick were engaged first started at the end of July. The couple confirmed their engagement in August, sharing a photo on each of their Instagram accounts that showed off Chopra’s gorgeous ring.

Even though the couple didn’t share their wedding date with fans beforehand, it’s not like it was exactly a secret that the nuptials were on the horizon. Chopra had her bachelorette party earlier this month, and Nick shared a photo of the gifts he’d be giving his groomsmen, which included electric scooters. So everything’s been falling into place ahead of the wedding for a while now. It was only a matter of time before these two tied the knot, and it sounds like they couldn’t be happier to be husband and wife.