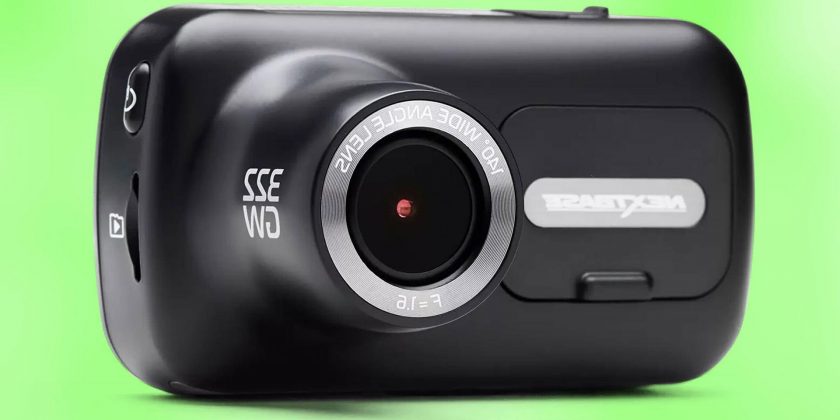 Lorry drivers and taxi drivers have been making use of dash cams for years, but it’s only relatively recently that the rest of us have caught up. And for good reason.

There are more cars than ever on the roads, making the risk of a traffic accident all the more prevalent. But there are other reasons to consider them too.

From parking bumps and scrapes to car theft, a dash cam can give you all the evidence you need to find the culprit. But of course, not all dash cams are equal.

British brand Nextbase has been specialising in them for some time now, and is well known for producing some of the best on the market.

The 322GW sits at the lower end of its product range, but despite this it still offers a tonne of features as well as a perfectly respectable 1080p at 30 frames per second video capabilities. Is it worth it? Read on to find out.

It’s a lower end product in Nextbase’s lineup, but given the quality of the range, that’s not a bad thing in the grand scheme of things. It’s still feature packed, and isn’t too dissimilar to the slightly more expensive 522GW model.

In fact, it has many features of that camera, but lacks a couple of key things. The first of course being the resolution, which is capped at 1080p at 30 frames a second, vs the 522GW’s 1440p at 30 frames per second.

The difference isn’t huge at first glance, but load up a clip onto your phone or computer and zoom in, and you’ll notice a difference. The 322GW footage will be slightly noisier when viewed up close. There is also no voice control, unlike the 522GW, meaning you can’t ask for the weather or for directions.

Perhaps the biggest difference, aside from the resolution, is the lack of a built-in polarising filter. You can purchase one separately, but this omission is a glaring one, pardon the pun. Still though, for the money at just £100, you’re getting a serious bit of kit that will record clear, sharp videos for the majority of conditions and times of day.

If you’re after the best dash cam of them all, this isn’t it.

That title would likely go to its more expensive, top of the range cousin, the 622GW with its 4K resolution and 120fps capabilities. This one sits at the lower end of the spectrum, but when it comes to value for money, it’s a difficult choice between this and the next model up, the 522GW.

The 322GW is basic in comparison, with its 1080p resolution, smaller touch screen, lack of a polarising filter and no voice control, but what it does do it does well.

Watch a playback of one of its recordings and you’ll likely be very impressed by the sharpness and brightness of the way it renders the road. Scenes are generally even in contrast and reflections are handled fairly well considering the lack of a built in polarising filter.

Number plates of the cars in front are very clear, providing it's a bright day, while road signs and markings are visible throughout the day and night. This is perhaps down to the camera’s night vision mode, which uses computational photography tricks – much like your smartphone – to keep scenes brighter with more details in the shadows. 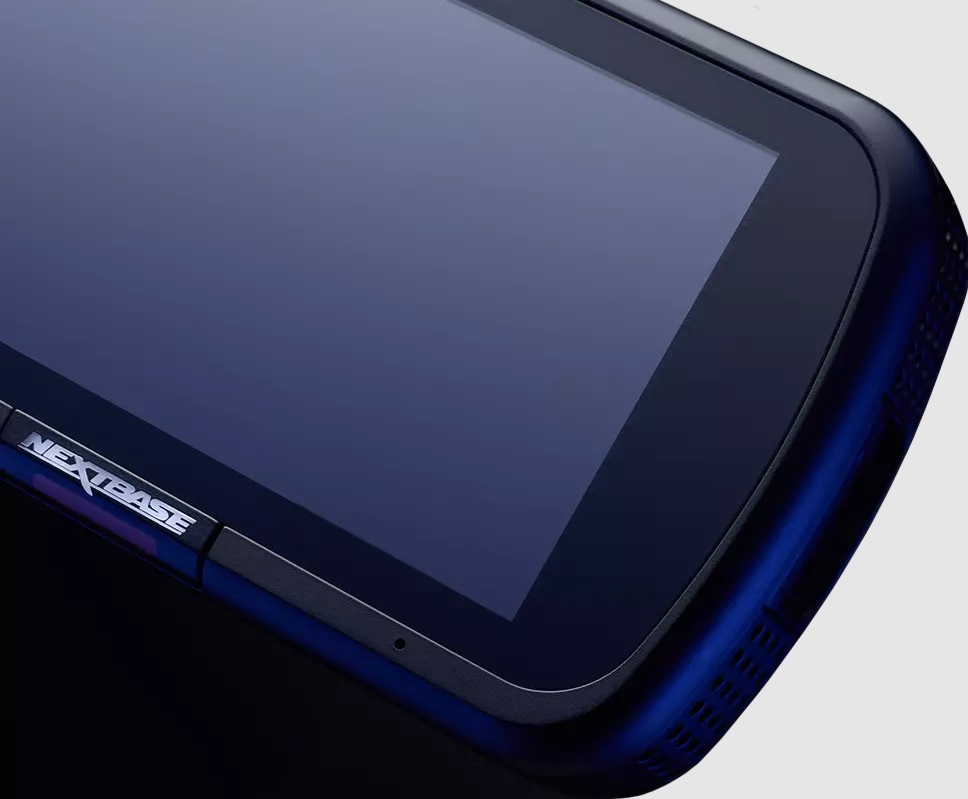 Of course, zoom in and the shadows will be grainy, but all the essential info is there. The lack of image stabilisation means that bumps and potholes will be noticeable on playback, resulting in an occasional shaky image, although it’s never detrimental to integrity of the image.

You will, for example, notice bumps, but number plates, signs and road markings still remain visible at all times. Impressively, especially for the money, the 322GW does share a few features with its more expensive cousins.

There’s the viewing angle of 140 degrees, which isn’t as wide as some other cams but it’s all the better for it, capturing a full three lanes width while being just zoomed in enough.

There’s the built-in GPS, which tracks your location at all times, and will stamp each file with your exact coordinates, the time, date and the speed at which you were travelling.

There’s also the parking mode. When parked up, the dash cam sensors movement and will automatically turn on and start recording should something bump into you. This is also crucial were your car to be broken into as the camera would turn on and record any potential untoward behaviour that can be handed straight to the authorities.

In short, while it may not be the best of the best, the 322GW records at a perfectly acceptable quality, and is incredibly easy and simple to use. 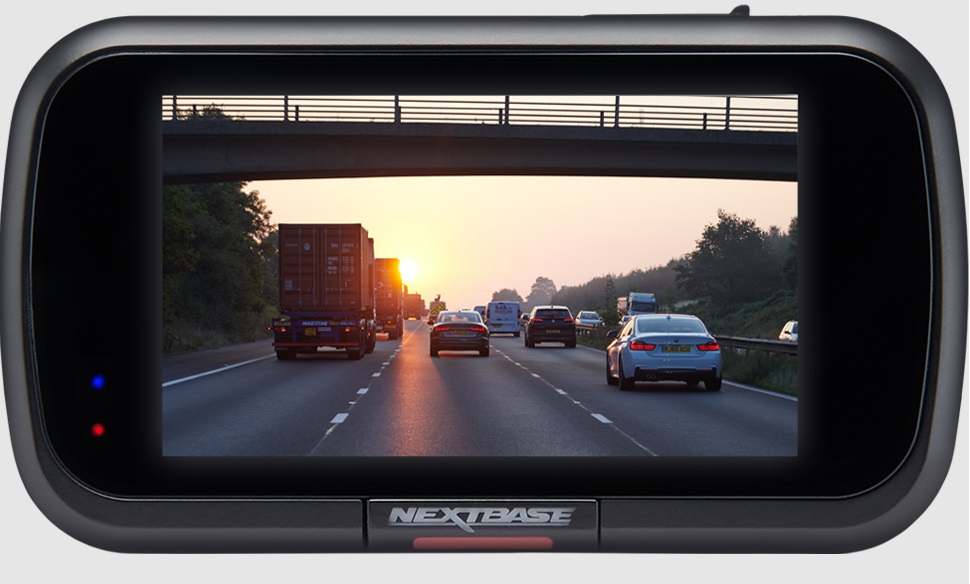 It has the look and feel of its more expensive brethren, but without some of the features, and with ‘only’ 1080p resolution.

But, for most road uses, 1080p is arguably all you need. Where it lacks is with only a maximum of 30 frames per second, which is a bit too slow for night scenes.

But, for the money, there are few options out there that do the job quite as well. If you’re looking for a simple, affordable dash cam, the 322GW is for you.

Is the Nextbase 322GW good value for money?

The Nextbase 322GW is a bit of a bargain really. At just £119.99 it has an impressive spec sheet that rivals that of competitors that cost twice as much.

It doesn’t claim an unrealistic resolution, unlike others, but what it does claim is completely legit. The 1080p footage it offers is super crisp and won’t disappoint.

But while it is a good deal, it’s difficult to recommend it over the slightly more expensive 522GW. At £169.99 that camera has 1440p capabilities as well as a number of upgraded features including the built-in polarising filter, built-in Alexa and a large touch screen.

Where to buy the Nextbase 322GW

Amazon, Argos, Currys, Halfords, and Nextbase all stock the Nextbase 322GW, and you can check out Sun Vouchers to see if you can find a good discount.

Discover more top deals and savings at your favourite tech retailers by heading to Sun Vouchers. Sun Vouchers is the one-stop shop where you can find hundreds of discounts codes for top chains including Currys, Argos, AliExpress and more.