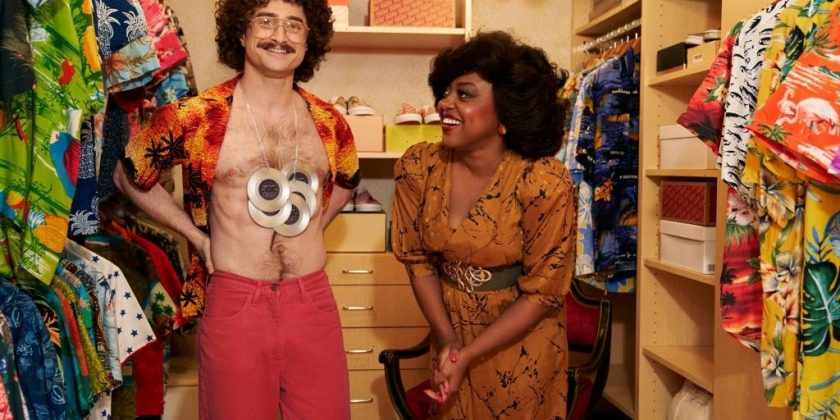 The Newport Beach Film Festival is attracting more interest from Hollywood as it opens its 23rd edition Oct. 13. The festival, which runs through Oct. 20 will feature a battalion of acclaimed films and attract talent for its numerous awards.

This year’s opening night screening is the Daniel Radcliffe-led biopic “Weird: The Al Yankovic Story,” while the closing night selection is “Glass Onion,” which is Rian Johnson’s hotly anticipated follow-up to “Knives Out,” a big critical and box office success in 2019.

“We’re seeing all of the major studios and distribution companies seeking to work with us, as they understand the many benefits and opportunities of screening at festivals that are growing, and bringing in an enthusiastic crowd to their films,” says CEO and co-founder Gregg Schwenk.

Other standout titles that are confirmed for the festival include: “All Quiet on the Western Front,” “The Lost King,” “The Good Nurse,” “Corsage,” “White Noise,” “Joyride,” “Bardo,” “Broker,” “Taurus,” “Armageddon Time,” “Empire of Light,” “My Policeman,” “The Banshees of Inisherin,” “Devotion,” “Argentina” and “Women Talking.”

The festival, which at its peak attracted more than 60,000 attendees to Orange County and spreads out its screenings at venues throughout the city, is the largest international cinema event in coastal Southern California. With more than 300 films programmed for this year’s event, there’s no shortage of star power and diverse content.

“At this year’s festival, we’ll screen over 135 features and 200 short films from nearly 50 countries, and we’re looking to match our record-breaking attendance numbers from last year,” Schwenk says.

A who’s-who of talent will be receiving NBFF Honoree Awards, including Oscar winners Ron Howard (“Thirteen Lives”), who is receiving Variety’s Legends and Groundbreakers Award, and Eddie Redmayne (“The Good Nurse”) NBFF’s Icon Award. Aubrey Plaza (“Emily the Criminal”), Jonathan Majors (“Devotion”), Patton Oswalt (“I Love My Dad”) and Keke Palmer (“Nope”) will all receive Artist of Distinction Awards. In addition, Colson Baker (“Taurus”) will receive the Spotlight Award and Paul Feig (“The School for Good and Evil”) a Career Achievement Award.

“There have been some truly exceptional films and performances this year, so once again, we’re excited to honor some of the best that the industry has to offer,” Schwenk says.

Recognized as the biggest luxury lifestyle film festival in the United States, the Newport Beach Film Festival draws from the extensive number of Academy and guild members living in the O.C., as well as film lovers of all ages.

“We really are the perfect destination for an international film festival, and by switching from a spring to fall event last year, we’ve attracted some serious awards contenders, as well as continued industry involvement. And we’re going to continue to build our already-strong relationships within the entertainment industry,” says Schwenk.

Last year, 14 titles that screened at the festival went on to receive major Oscar and guild recognition during awards season.

The festival will host or co-host nearly 20 special events, including nightly parties, receptions, and mixers, which will feature more than 60 wide-ranging culinary partners with their finest tastings. Variety will be holding its annual 10 Actors to Watch presentation Oct. 16, while the Newport Beach Film Festival Honors take place on the same day, at the Balboa Bay Resort in Newport Beach.

“The festival really reflects the rich diversity of Southern California, while showcasing the amazing storytelling abilities from filmmakers all around the world,” says Schwenk.