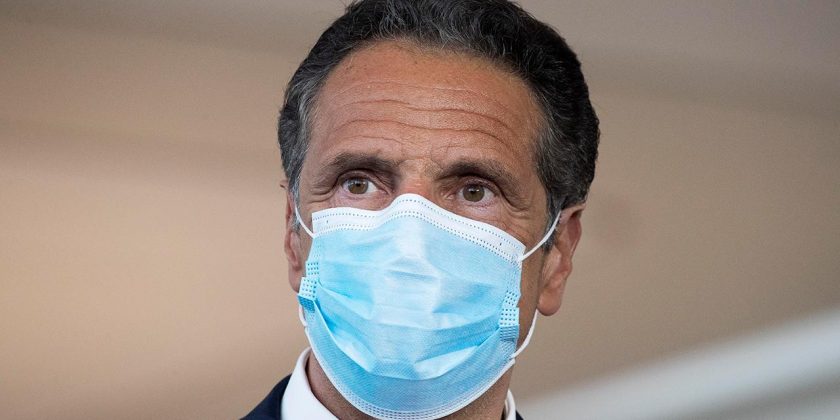 New York is faced with swelling budget holes as a result of the coronavirus pandemic, and the state’s governor is concerned the state's financial situation may get worse if the city’s wealthiest taxpayers leave for good.

This week, the state’s Democratic governor Andrew Cuomo voiced concern that the longer work-from-home policies are in place, the less likely it is that people who have left the city will return.

“In the old days we used to talk about people leaving Manhattan if the situation got bad, if taxes went up, if quality of life deteriorated,” Cuomo said on a call with reporters Thursday. “They left. They left because of COVID.”

Many wealthy individuals abandoned Manhattan for nearby suburbs, or other states entirely, to escape the densely-populated metro as it became an epicenter of the virus outbreak earlier this spring.

Moving executives told FOX Business that the exodus from New York City during the past few months has been “insane.”

Roadway Moving President Ross Sapir, for example, told FOX Business that people are moving out of Manhattan in numbers he has “never seen before,” as his company deals with its busiest season since its 2008 inception.

And many of the residents who have left belong to higher-income brackets. United Van Lines CEO Marc Rogers told FOX Business that the majority of residents moving out of Manhattan, 61 percent, are earning over $100,000.

Cuomo has asked lawmakers to lift a $10,000 cap on state and local tax deductions, as a means to help residents and potentially prevent high-net-worth people from leaving for lower-tax states.

If New York City loses these high-net-worth taxpayers for good, it could exacerbate a deepening budget deficit as tax revenues in the Big Apple drop precipitously.

Tax collections in New York City dropped 46 percent in June, even while revenues generated in other parts of the state recovered. That decline follows a 32 percent drop in May and a 23 percent decline in April.

In May, the state’s comptroller said the economic devastation facing New York had not been seen since the Great Depression.

On top of a potential exodus of wealthy people altogether, the state is also dealing with the prospect that it may lose out on tax revenues because of the massive amount of people who are working from home – in other cities or states.

A section of the HEALS Act, for example, would relieve people of certain burdens related to teleworking, which Cuomo indicated could mean they may owe less taxes to the city.

Cuomo said on Thursday that this “disturbing” policy would have a negative effect on New York City, adding that he is aware that many people have been working from the Hamptons, Aspen and even Wyoming.

Meanwhile, there is a bill circulating the New York State legislature that could potentially create the necessary exception to the state’s “convenience of employer rule,” which would mean that people working from another state may not owe taxes on income as if they were working from their offices in Manhattan.